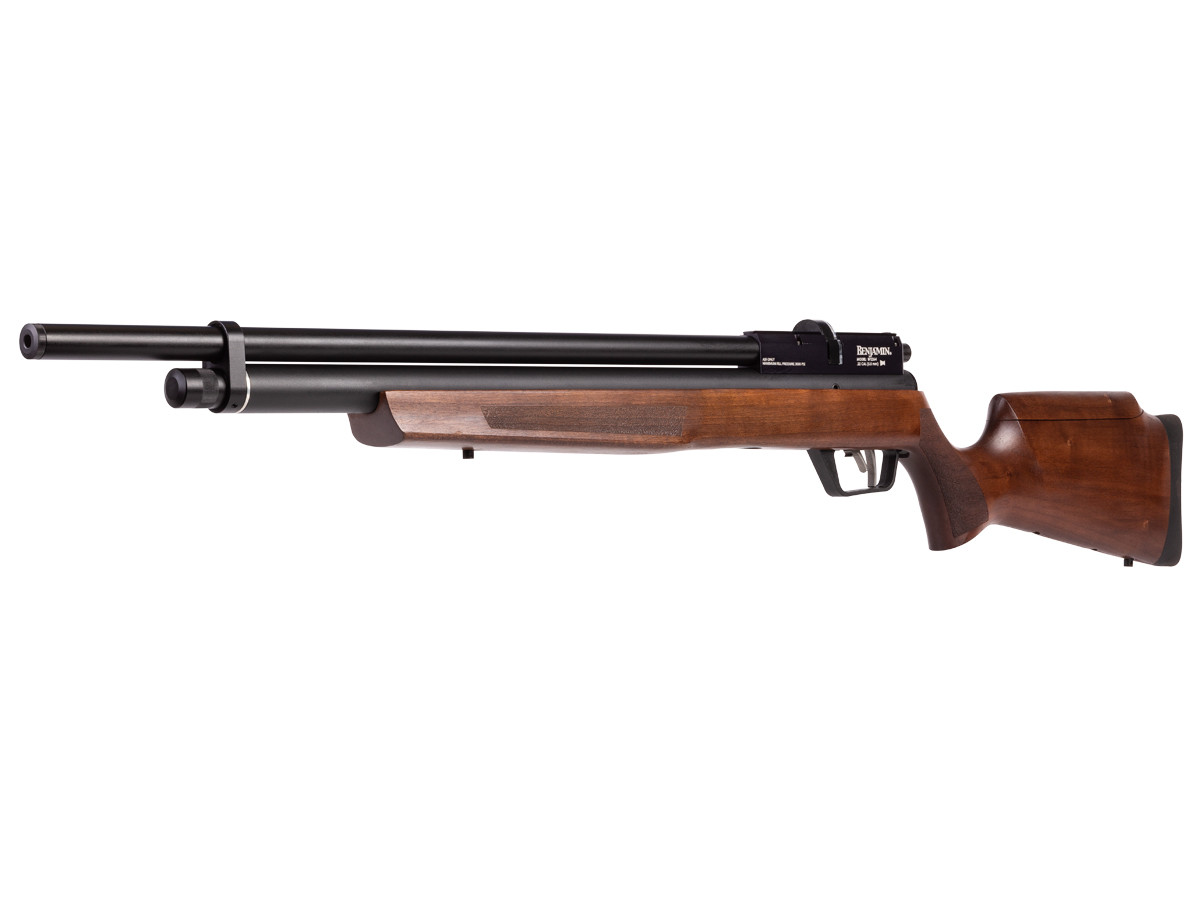 I zeroed scope and and shot at a 15 yard target first two days. On third day, I took my .22 wood Marauder on my ranch hunting, I anchored 3 ground squirrels (all at 15 to 20 yards away). I found I had hit exactly where I had aimed. I then overlooked my canyon and saw a ground squirrel about 40 yards away in the top of an old hollowed-out oak tree. The wind was blowing hard from the north west. I sighted in 1" to the left of the squirrels upper shoulder and released the trigger. The ground squirrel dropped. When I reached the dispatched ground squirrel and saw the pellet had done its job exactly where I had anticipated. I then went down a trail I had made at the bottom of the canyon. Soon I saw two more ground squirrels. I took aim at the one on the left,and dispatched it too. I took squirrels to my meadow for the ravens to eat. This rifle is better than I expected. The wood stock with black cheek riser, is much more accurate than my .22 using cb shorts. Rifle handles like a shotgun.

Rifle shroud and air reservoir appears to be painted rather than blued. I suspect it is because shroud is aluminum. Better rifle gauge as mine doesn't work reliably, however Crosman is going to replace it. I am using only the gauge on Benjamin pump until the new gauge arrives Quick disconnect on Benjamin pump is giving me problems and Sun Power is sending me another. Kudos to both of them. Is this rifle accurate, quiet, well built, worth the money, heavy, does it have a great looking solid feeling beautiful wood grain stock like the picture? Yes, yes, yes, yes, yes, and yes! Would I recommend this .22 cal in wood stock instead of a .22 powder burner for dispatching ground squirrels without breaking the sound barrier? Yes! Was the Benjamin pump easy to operate with very little sweat for a 64 year old weighing 167 lbs.(takes 2 to 2 1/2 pumps per shot). I see no need for a scuba tank. Would I recommend Pyramid Air with their good prices and excellent satisfaction policy? Yes!

I can't give a full review yet. I am waiting for my third .25 cal Benjamin Marauder. The first gun had shipping damage. The second gun worked really well for about 4 or 5 mags then malfunctioned. I had to return it. My original gun arrived 7 Dec. The next one arrived Dec. 30th. Who knows when the 3rd and hopefully last one will get here.