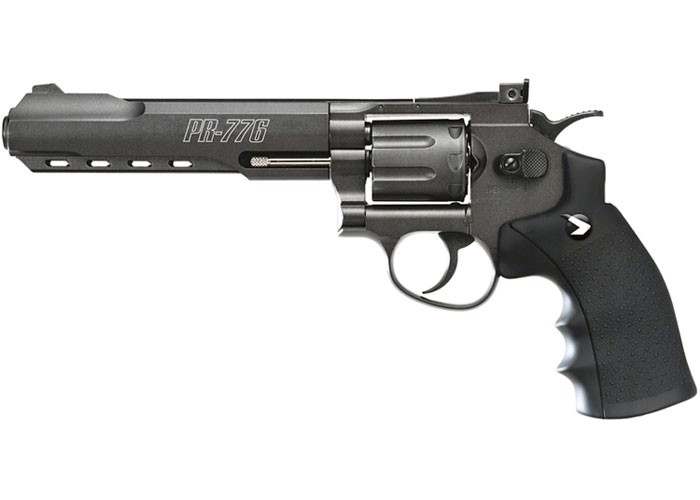 This "Air Weapon" is awesome, as close to the real thing as you can get, even better than my Dan Wesson 8" pellet Revolver, and its almost all metal, even the mags.

The mags require a soft pellet to get fully seated, unless you want a painful thumb, my favourite pistol round(Crosman Premier Super-Points) are hard to seat, so after digging around my .177 pellet selection, I tried some Kovohute Points, w/ excellent results in accuracy, velocity, and seating. I can't wait for spare magazines to hit the market, It takes a little of the fun away w/ only two mags, you're constantly reloading. Alloy rounds are very hard to seat w/out the use of a bic pen cover,etc,., but all in all, a superb purchase that I'm sure will last a long time. Cheeer's, Andy

I didnt get a chance to like anything. Broken straight out of the package. I had read reviews about cylinder not rotating or breaking shortly after using. Gamo is supposed to have good name. Sent back for exchange on another gun.

A lot of better guns for similar money out there.