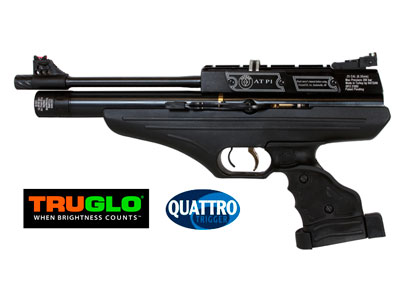 i had bought an evanix R6 pistol and it was used and damaged, but it still shot 6 kill shots out to about 50 yards.... PA told me to send back the gun and i exchanged it for the hatsan AT P1 pistol and i get 20 kill shots out to 50 yards for small game and using a hill hand pump; with the air already thats left in air cylinder; i just have to pump about 35 pumps to get the air cylinder back up to 200bar...

wish the pistol was cheaper, one can buy a kickass pcp rifle for the pistol's price... wish it was semi-automatic... but my 10 round clip works great with the side lever cocking

Never got to pump it up. At first it would not take air at all. Then after removing the tank, it finally started taking air by actuating the valve by hand. Then, unfortunately, the air it did take started to leak out by the built in gauge. Traded it in for a Marauder Pistol.