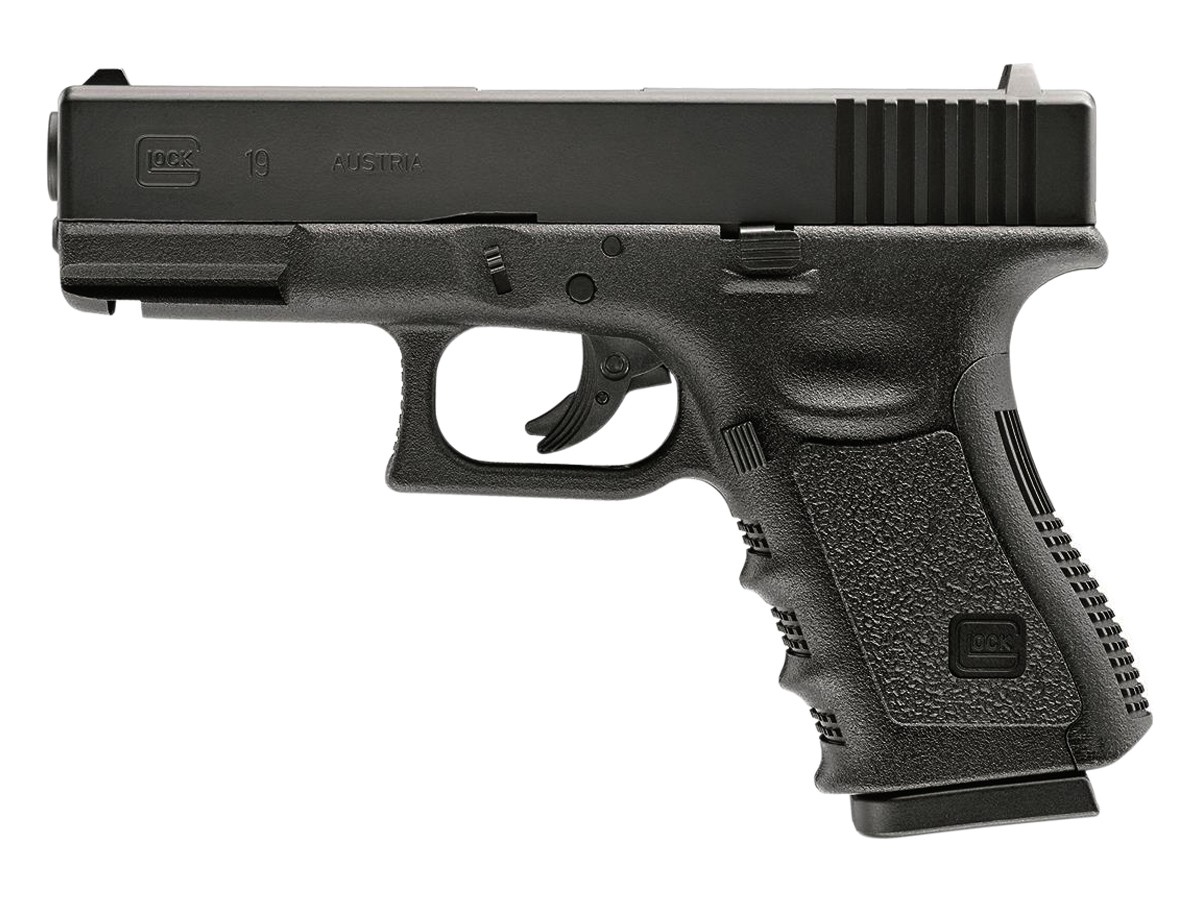 Great feel, realistic look, shoots on point, and it got delivered verry quickly. Great gun overall would recomend to all for some plinking fun.

It is a good replica of the Glock 19 in weight and feel.

The quality is poor. It broke by the third CO2 cartridge. When it did work, the spread wasn't very good.