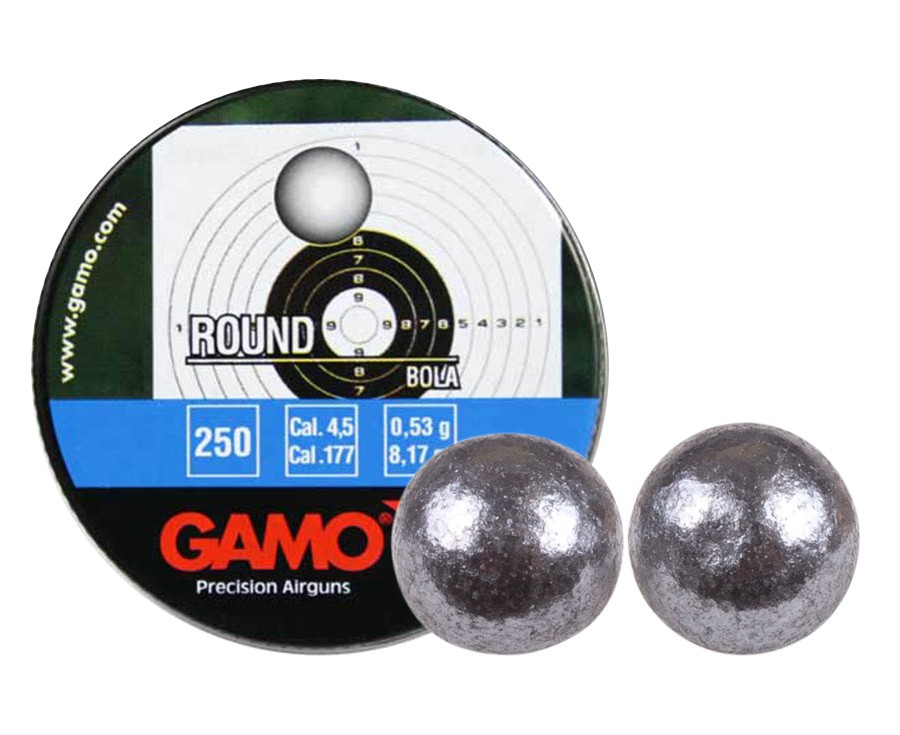 Things I liked: I like the packaging, precise diameter, and price. These relatively inexpensive lead roundballs functioned perfectly in my UMAREX STEEL STORM. After I made a barrel change to get more power and speed, I needed a precision round lead projectile to match the new barrel. It needed to be .001" smaller than the new smoothbore barrel, and the GAMO round fit the bill exactly. Further,they come in a screw-top lidded can avoiding the irritating spills associated with pry-top cans.

Things I would have changed: Nothing

What others should know: I like to add a few drops of TEFLON/silicon lubricant to the can to prelube the ammo.

Things I liked: This pellet did not have any performance characteristics that would convince me to purchase this one again. The attraction for me was that it was round and is actually a lead BB. In my opinion, by this pellet being round and not shaped to have a skirt was the flaw with this pellet. I believe that without the skirt, when shot, compressed air could get around this pellet due to it not being perfectly round, causing it to have a high extreme spread. In half of the breach loadings, the pellet would move almost a quarter inch down the barrel. I would lightly tap the bottom of the butt, after closing the breech, to move the pellet back towards the breech opening.

Things I would have changed: Nothing you can do with a round lead ball.