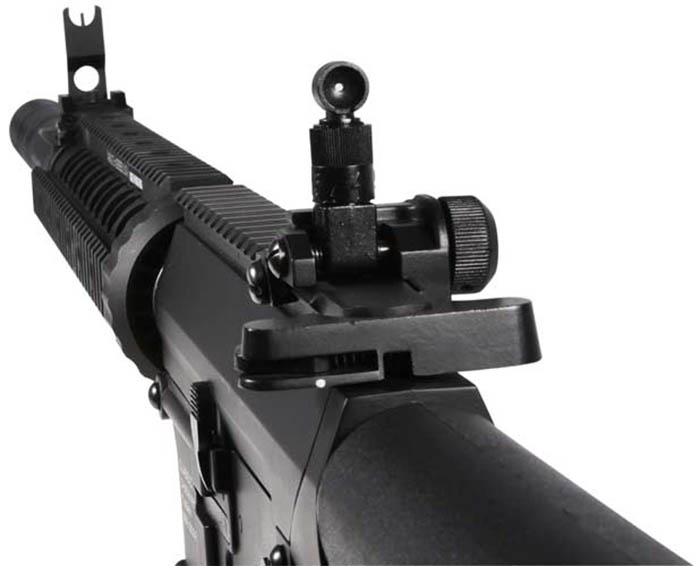 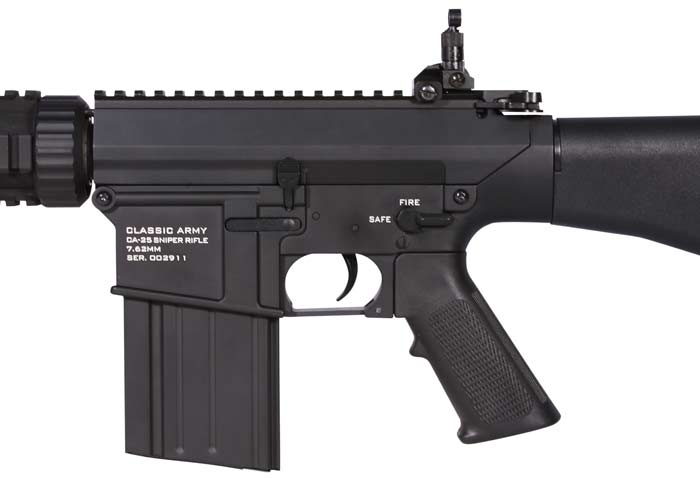 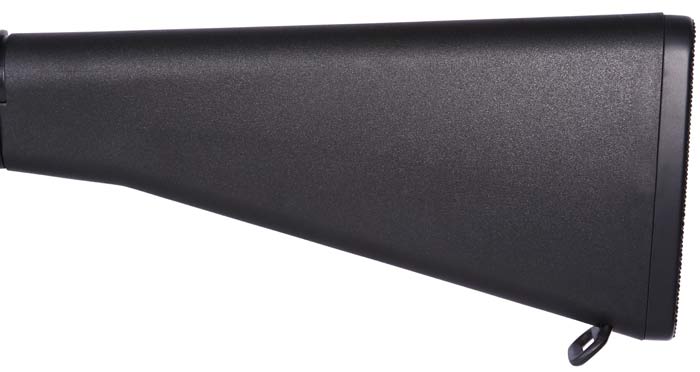 Included: Gun, Manual, 470 Round CA Magazine, Cleaning Rod , Metal Barrel Extension
RPM is an estimate of the maximum rate of fire using a 12V NiMH battery on an unmodified AEG. Rate of Fire is dependent on a number of factors and will vary, primarily based on the user’s battery voltage.

Anyone familiar with firearms employed by the U.S. Military might recognize the Classic Army CA25 as being modeled after the SR25, which was developed by Eugene Stoner of Knight’s Armament Co. The Classic Army version features a metal rail system for mounting your favorite optics and accessories like flashlights or lasers as well as a QD (Quick Detach) suppressor and fixed stock, allowing you plenty of battery storage space for large-type batteries. Additionally, the CA25 comes with flip-up front and rear sights, a 470-round high-capacity magazine and a standard-size m4 pistol grip, compatible with most after-market grip replacements and upgrades.
The internals of the CA25 feature a special, elongated Version 2 metal gearbox. The CA25 gearbox is longer than the standard version 2 gearboxes found in many Airsoft rifles on the market and therefore requires a sector gear with extra teeth to properly match up with the additional teeth of the extended piston. Keep this in mind if you plan on upgrading or replacing either of those parts in the future. Classic Army does make replacements for each. The internals also feature an adjustable hop-up, metal spring guide, 7mm gearbox bearings, and a Classic Army Long-Type, High Torque motor.