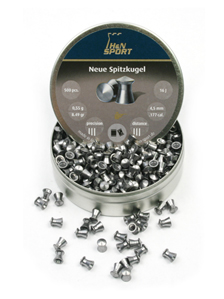 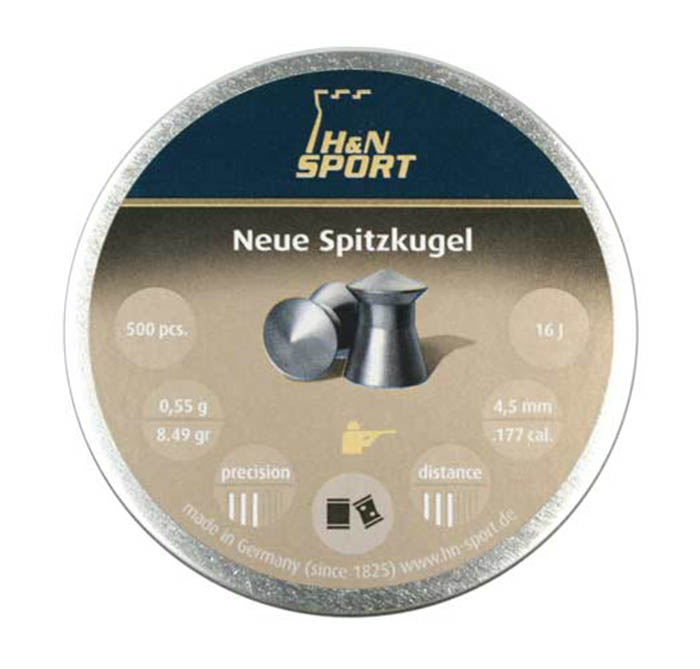 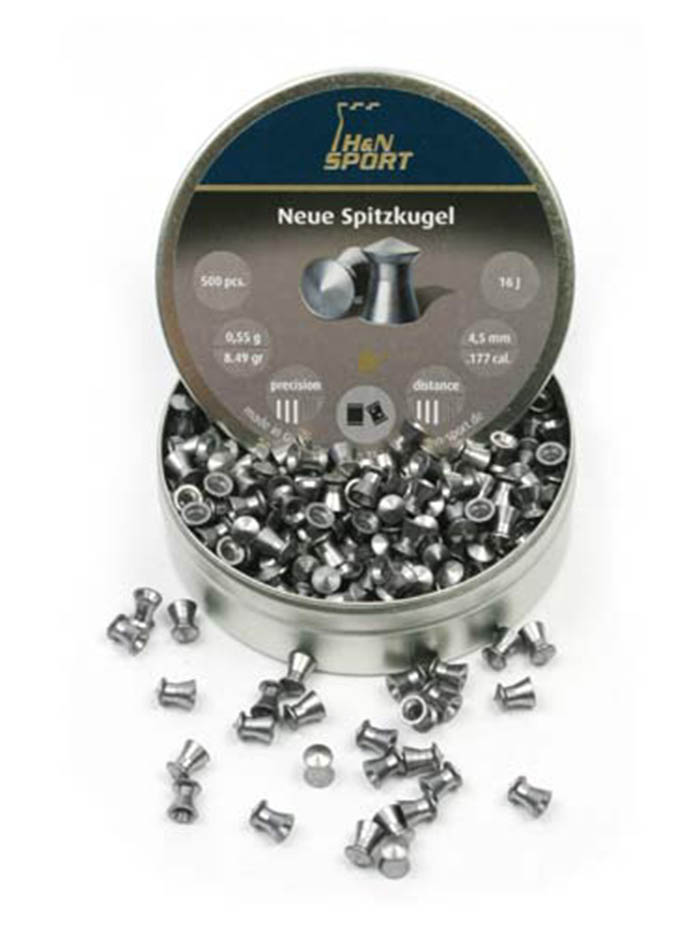 Consistent accuracy in all my target pistols, from the Feinwerkbau F65 back in the 1970's when it was called "bimoco neue spitz" to the FWB M34 and the Russian Baikal target pistol over the past 10 years. It will also nail an opossum or an aggressive squirrel at 20-30 yards, although I am not much of a hunter. It is my all-around favorite pellet. At age 64 I have taken an interest in air rifle. I acquired abot a half dozen in new condition, from a Russian $100 repeater to a FWB $2800 Olympic style gun. One of the rifles is a cal .22, so I got some of the Neue Spitzkugel in that caliber. The rifle is a RWS 48 and I have yet to run 100 rounds through it thus far, but for an unseasoned gun the pellet works well.

I wish I could find these at more vendors. Pyramyd is probably my favorite, but sometimes I use other vendors and it would be nice to be able to pick up some of these pellets when I am making the purchase for which I contacted the vendor. One mystery -- why have these pellets not caught on more than they have?

You can deform the ridges easily. It would be smart to get one of those pellet seaters that Beeman manufactured and carefully ease the pellet 1/16 inch or more up the barrel prior to firing. That is the easiest trick to accuracy behind sight picture, trigger control, not moving, breathing, or letting your heart beat. Well, maybe the last two are an exaggeration, but 1/2 hour of daily brisk walking, and 2-3 days per week of weight training will slow down the breathing as much as is possible. (I speak in my role of medical doctor, the schedule of which helped to keep me out of the Olympics -- twice. That and not being good enough!)

With my Crosman 2100; shoots a wee bit low for me kompared to their Barakuda, Krow Magnum and Hollow Point. Probably just my shooting style/ own fault.

Maybe not for the Crosman 2100. Highly rekkomend the other pellets mentioned above for this air rifle.

This pellet is a great long range hunting pellet for the discovery WOW! THIS PELLET SMASHES CROWS, JACK RABBITS, GROUND SQUIRREL EVEN DOVES AT 68 yards with no problem. The pellet has great knockdown power, very uniform pellets,high quality lead alloy mixture results in a superior shape and consistancy in the end product. I had 4 pellets out of 500 that were .1 Grain off 8.50 these are not even match pellets and the weight is consistant in my tin 4 out of 500 total but still NO DAMAGED PELLETS.

Product is Excellent no changes. H & N has been manufacturing quality airgun pellets for many years. There product surpasses many on the market. Weight, Design, Performance are by far excellent.

This H & N pellet has found a new home in my airgun. I own a Benjamin Discovery, I have a custom shroud built on the airgun with a Muzzle break and some custom work on the relief spring. This gun is very accurate and quiet, heavy pellets work best but for some reason this is a great match of ammuntion with my Discovery Airgun, JT Pyramyd Airgun Dealer Hurricane Inc, Innovative Products, Sunland, CA