This post is an answer for Earl Cox who asks, “What is the difference between the Webley Tempest and Hurricane, other than the thirty dollar price?” I used to wonder the same thing, Earl, so I took it upon myself to find out.

Airgunners rebelled when Webley tried to cheapen their gun!
The Webley Hurricane arose from the Premier Mark II, which wasn’t appreciated in its day because it was an obvious attempt by Webley to lower the pistol’s manufacturing cost. They had switched from blued steel to painted steel several years earlier, and now they were making the frame from aluminum. The airgun community wasn’t about to let them go any farther.

The prototype of the Hurricane, called the Premier Mark III, had a longer frame with a place for a scope. Webley had created a brand new model rather than resole an old one. They decided on the name Hurricane just as the gun went to market in 1977.

The new pistol had (and still has) an ABS plastic sleeve over the steel compression/mainspring cylinder that’s inserted into the alminum frame. It hides what, on the Premier Mark II, appeared to be an ugly transition between two frame diameters. It also has a long overhang in the rear above the shooting hand. The rear sight, which is a precision click-adjustable unit, can be removed and a scope mount base fastened in its place on this rear extension. 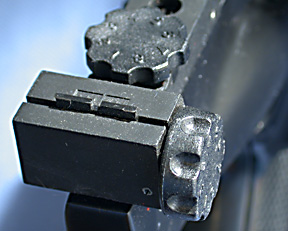 Fine clicks on wheels for both adjustments on the Hurricane rear sight.

Longer barrels fed false rumors of more power
The Hurricane also has a barrel that overhangs the front of the frame. Webley had been producing pistols with barrels ending flush with the frame for many years, though exceptional long-barreled versions of most post-war models exist. The look of the longer barrel generated rumors of greater power – rumors that dealers were reluctant to dispel. These were the quiet days before everyone owned chronographs.

Both the longer barrel and rear frame extension make the Hurricane a large air pistol. That drew some criticism from Webley fans because Webley’s pistols have always been noted for their compact size and power. The Hurricane is powerful, at 425 to 450 f.p.s. in .177. but no more than the Premier Mark II had been. The company needed a companion smaller air pistol!

Webley’s new Typhoon pistol confused airgunners
The small Webley Junior Mark II pistol was replaced for a short time by a gun known as the Typhoon. It looked so much like a Hurricane and was so close in overall size that it muddied the waters. People stayed away from it in droves! It was dropped in 1982 to make way for a new and different-looking gun – a gun with the look of the Premier – the Webley Tempest.

Pick either the Tempest or the Hurricane – you won’t be sorry!
The Tempest is nothing more than a Hurricane with the front and rear overhang cut off. The sights are much simpler, but they are very easy to use. They adjust in both directions, though they use clamping screws instead of sophisticated, spring-loaded detent wheels of the Hurricane. And, the front sight is just a plain post without the Hurricane’s hood.

Robert Beeman made a star of the Tempest in the U.S. in the 1980s. He needed a powerful air pistol, and the Tempest filled the bill. The shorter barrel subtracts no velocity from the Hurricane because this is a spring-piston airgun. It does make the gun much more compact, however. It was a big hit with airgunners who apparently forgot all about the Premier Mark II. Both the Tempest and Hurricane are still being made today.

Those are the main differences between the two guns. The Hurricane has a longer barrel, better front sight, better rear sight and rear frame overhang for a scope mount. Buy the Tempest for its compact size and the Hurricane for its sights. Both guns are classics! 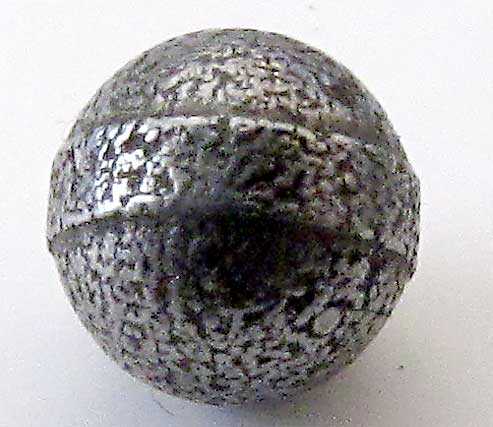 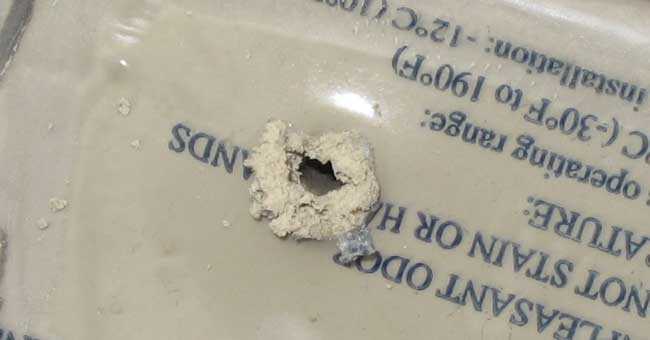