Can you keep a clean barrel with Crosman Premier pellets?

The short answer is, “Yes.” But some explanation is required.

What’s the problem?
All Crosman pellets, not just Crosman Premiers, are made from a hardened lead alloy. I presume the principal hardening element to be antimony, because it is both cheap and easy to use in production quantities. It’s the same alloy (lead hardened with small amounts of antimony and tin) used by lead bullet casters when they want to shoot lead bullets at velocities higher than lead alone will permit. I suspect Crosman uses a harder lead alloy to prevent their pellets from distorting though normal storage and handling. Several decades ago, Crosman pellets (the style we now call “ashcan” pellets for their appearance) were pure lead, and they had a bad reputation for denting and oxidizing. The pellets they make today have none of these problems, generally speaking. 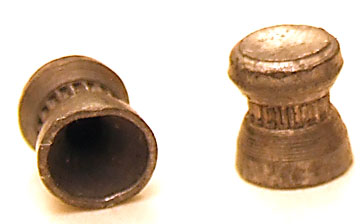 Former Crosman Super Pells were pure lead and prone to deformation plus oxidation. 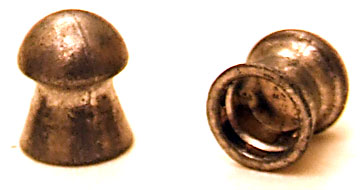 Many Crosman pellet guns are repeaters, such as the 1008 pistol and the new NightStalker carbine. In repeaters, pellets have to move through the mechanisms and can sometimes be damaged if they are too soft. But Crosman’s harder alloy pellets resist deformation and pass through repeating mechanisms more readily.

Explanation of the term “pure” lead
I’m going to refer to things made from “pure” lead. What I really mean is lead that has no antimony in it. Lead that is cast needs some other metal to lower the casting temperature and allow the metal to flow easily. Tin is often used for this purpose, so when I say pure lead, I really mean a lead/tin alloy with good casting properties.

Hard lead alloy has a fault
The fault is bore leading. Yes, as conflicting as it sounds, hard lead alloy deposits lead on the surface of the bore more readily than pure lead. What hard lead does permit is shooting bullets at higher velocity without melting the base from the heat of the burning gunpowder gasses, and also hard bullets tend not to strip out from the rifling (rip loose from the rifling lands) as easily as pure lead (lead/tin alloy) bullets. When we shoot at velocities under about 1,450 f.p.s, we use a lead bullet alloyed with a small amount of tin. When we want to shoot over 1,450 f.p.s. – up to 2,000 f.p.s. – we use lead bullets alloyed with antimony. These bullets nearly always leave lead deposits stuck to the walls of the bore, while lead/tin alloy (pure lead) bullets flying at speeds under 1,300 f.p.s. do not leave any metal deposits at all. There are some gray areas, where each type of bullet metal alloy starts to lead the bore. Shooters rely on different types of bore preparations, bullet lubricants and sometimes cloth or paper patches to control this. I have not gotten into the paper patched bullet at all, and please forgive me for going no farther here.

How does this affect pellets?
Pellets have pretty much the same reaction to velocity as bullets, though they are not being pushed by hot, burning gasses. My experience is that Crosman Premiers start to leave metal deposits in the bore when their velocity climbs to around 900 f.p.s., give or take. The “give or take” probably has to do with variations in the metal alloy of the particular barrel, plus the relative smoothness of the surface finish of the bore. A more slippery steel with a smoother finish will resist leading at higher velocity than a less slippery steel with a rougher finish.

900 f.p.s. is not a magic number
We often say pellets are most accurate at speeds under 900 f.p.s. But, now I’m also saying that Crosman Premiers start to lead the bore above that velocity. The truth is more complex. Sometimes, you can get good accuracy at velocities above 900 f.p.s., and Premiers will lead the bore of one airgun faster than another. The number 900 is just a general speed around which things usually start happening.

If you want to shoot Premiers, what can you do?
You can lubricate your pellets. The right kind of lube can do a good job of keeping the leading problem in check. I have a Daystate Huntsman in which I shoot 7.9-grain Premiers all the time. The velocity is set at 930 f.p.s., but I never have a problem with a leaded barrel. I lube my pellets with FP-10, which is made by Shooter’s Choice. I have been warned that FP-10 dissolves o-rings, but my Huntsman has been doing fine with it for the past 10 years. In the late 1990s, the chat forums were alive with all the special pellet lube formulas shooters had concocted. One company in England even claims their lube increases both velocity and accuracy, but when it was tested here in the U.S., it did neither. Maybe someday soon I’ll do a posting on all the snake oil salesmen who haunt the airgunning market!

Spring guns have a special problem!
Detonation happens when small amounts of oil explode from the heat of compression in a spring air gun, so oiling pellets is a bigger problem for springers than for CO2 or pneumatic shooters. However, the king of all spring gun makers is John Whiscombe. His rifles are the most powerful springers ever made, yet he oils his pellets. He uses a mixture of two parts Hoppes Gun Oil and one part STP Engine Treatment by volume. This he stirs to mix well, then he puts several drops on a foam cushion in the bottom of an empty pellet tin. Then pellets are poured into this tin and rolled around on the foam. The lube they pick up is enough to prevent most bore leading in Whiscombe’s extremely powerful rifles (up to 35 foot-pounds in .25 caliber!).

So the answer is, “Yes – you can keep a clean barrel with Crosman Premiers.” If you are going to shoot very fast, though, you’d better oil the pellets. 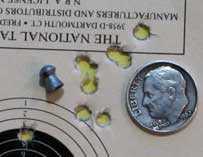 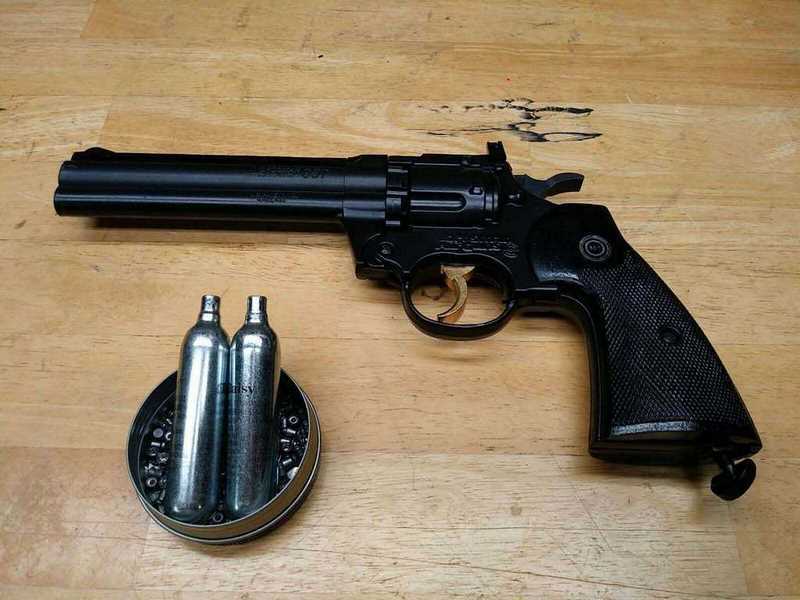