When we last looked at the Gamo Whisper, I was trying to shoot it with open sights and not doing very well. Today, I’ll scope it and prepare it for accuracy testing by cleaning the barrel.

The silencer has been vetted
Remember all that talk about whether the silencer on this rifle is legal? Well, a class three dealer examined it and said in his opinion it could not be removed and attached to a firearm with success. Gamo has taken pains to make the outer case tapered front-to-rear, plus they have molded two huge flutes into the side of the case. They’ve also made holes in the flutes that expose the sides of the baffles, which are a soft synthetic material, to the air. It was his opinion that the silencer would be too difficult to remove from the rifle without destroying it, and, even if it could be removed, that the baffles would blow out the sides if exposed to even the low pressure from a .22 rimfire cartridge. In other words, it wouldn’t silence a firearm for even one shot, which is what BATF&E looks for. Of course his opinion isn’t official, but it looks like Gamo had some concerns and took steps to minimize any risk. 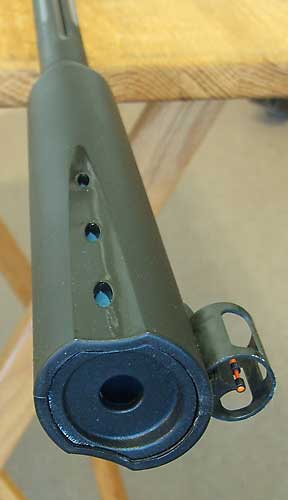 Photo clearly shows the lengths Gamo engineers went to to ensure the silencer could not be removed and used on a firearm.

Cleaning the bore
Cleaning means a brand-new bore brush laden with J-B Non-Embedding Bore Cleaning Compound. I use a one-piece Dewey cleaning rod with ball-bearing handle so the brush will follow the rifling. Twenty strokes of the brush in each direction with the brush leaving the bore on every stroke. Clean the residue with dry patches shoved breech to muzzle until they come out clean.

This was an easy job! The brush fit the bore looser than most, and there wasn’t as much resistance at the start. That could be due to a smoother bore or a larger one, so I will try fatter pellets when I shoot. I was worried the baffles would bother the patch because I use a cleaning jag, not a loop. But the patch stayed on every time. After cleaning, the bore is still dark, so it’s either the color (reflectivity) of the steel or the surface left by the rifling button.

Selecting a scope
I was going to make this the start of my scope tutorial, but since Gamo provides a scope and mount, I will use it, of course. Let’s see how close they come to what I would have selected.

Scope considerations
For the Gamo Whisper, the scope needs to be powerful enough for the rifle’s capability. I would estimate a rifle like this to be good out to 50 yards in the hands of a good marksman. At that range, it should produce 2″ groups or just a little better. The rifle doesn’t recoil a lot, so the scope can be large, but not overly long, because it has to allow the breech to rotate up when the barrel breaks. The good built-in scope rail has two stop holes, though neither is located far enough to the rear to allow mounting a compact scope. Yes, cantilevered rings are a possibility, but I like to keep things simple. Taking all of this into consideration, I would select a standard-sized variable scope in the power range of 3-12x. That means a 3-9x, 4-12x or 3-12x scope is what I want.

Whisper has a great scope mount base. Just interface with one of the two scope stop holes, and your mount should stay solid.

This is a general-purpose rifle, not well-suited to field target or silhouette, so the reticle should be a duplex with thicker crosshairs. Thick crosshairs allow the reticle to be acquired faster, making a good all-around scope that’s also good for hunting. Mil-dots are not required, but I’ll take them if they come with the scope. An illuminated reticle is nice if you’re a real hunter who hunts during the fringe times of the day.

Scope and mount choice
I would have selected a 3-9 full-sized scope with duplex reticle. Gamo provided a 3-9×32 scope with a duplex. It has a 1″ tube, which I would have chosen for this rifle. There are no mil-dots, nor is the reticle illumunated. They put it in a nice one-piece mount that has the proper scope stop pin. Just put it on the mount base on the rifle and tighten the clamping screws. They’re Torx screws, by the way. Gamo may have a good idea here because I have certainly rounded a number of Allen wrenches (hex wrenches) over the years tightening scope clamp screws. Just don’t lose the Torx wrench!

I thought I’d have time for accuracy testing in this report, but I’m already long. Next time for sure. 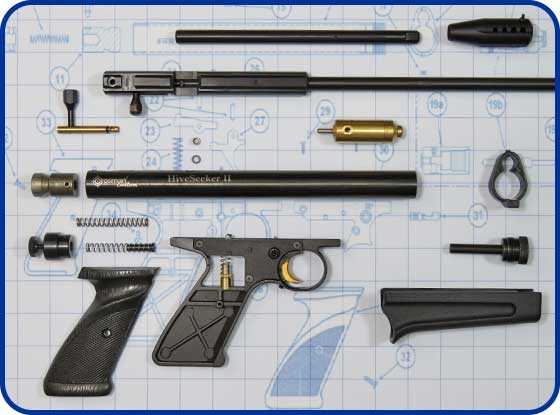