Like many of you, I couldn’t resist finding out if the .22 caliber barrel is accurate too, so today we’ll have a look. Before I start, though, I must correct a wrong done to Beeman. In Part 1, I lambasted then for not including barrel-changing instructions in the manual. A sharp-eyed reader spotted those instructions tied to the triggerguard of my test rifle in the first photo in that report! I owe Beeman an apology for criticizing them, when I was the negligent one. The instructions are there with the gun as they should be, and they’re complete and accurate.

The test
I shot outdoors at the same 21 yards at which the .177 barrel was tested. Knowing that the Beeman-supplied scope is fuzzy at that range, I used the same Bushnell Trophy 6-18x scope that I used with the .177 barrel. The only thing I seem to have not done was clean the barrel. I didn’t catch it until after the shooting was complete. But I don’t think it would have made a big difference.

Premiers went first
The 14.3-grain Crosman Premiers were the first pellets I tried, and they grouped remarkably well – especially when you consider that I hadn’t settled into the groove yet. For the record, I was laying the forearm on the backs of my fingers placed just forward of the triggerguard. I was touching the triggerguard when I shot. I also rediscovered that this rifle is very sensitive to hold. For best results, hold it light…like a soap bubble. 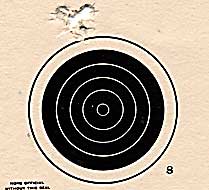 Crosman Premiers were the most accurate pellet tested in this rifle in .22
Then Kodiaks
Because Beeman Kodiaks were so consistent in velocity that I thought they would be the best in this caliber, but they weren’t. They grouped okay but the Premiers were better. Still, I would use them for hunting. 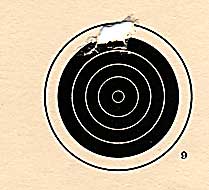 Kodiaks were good, just not the best.
Also-rans
I also tried Daisy Precision Max pointed pellets, but they opened up to more than one inch, so they were out. I tried Air Arms Diabolo Field domes, but they were so far off the aimpoint that I missed the target trap completely on the first shot. They may be great pellets in this gun, but I didn’t spend the time to re-zero the rifle, because other pellets were landing closer to where it was sighted.


Finally, RWS Hobbys
RWS Hobbys were the final pellet I tried. They seemed to want to group very tight. However, a spectacular group I was going to show you got blown apart because I went counter to my experience and centered the group on the intersection of the reticle. So, the first shot blew my aim point away, as in all the rest of the shots had to be aimed at the center of a hole! Three shots grouped remarkably well, but I couldn’t hold the group together and two went wide. Still, if you own one of these rifles, I would try the Hobby pellets in the .22 caliber barrel. 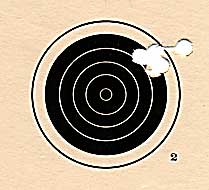 Hobbys tantalized me with almost-great groups. 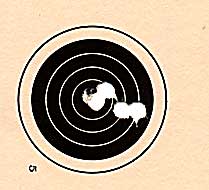 The first shot was a pinwheel that blew away the 10-ring. After that, I was aiming at a hole. Shot two made the group slightly wider, then shots three and four went wide right. I settled back down and shot five went into the original group at 1 o’clock. I think RWS Hobbys might be phenomenal in the .22 caliber barrel.
The bottom line
I’m not finished with this rifle, yet. I know it can shoot and I know both barrels work well, but I’d like to know when that would happen with some extended shooting. I own some Eley Wasps that are 5.6mm, which is very large for a 5.5mm barrel. They’ll certainly cause the piston seal to flex with backpressure, so I’m going to run a hundred of them through the rifle, then re-test it in both calibers with the same pellets I tested the first time. That will be an unprecedented eight segments to report one airgun. Of course, the dual-caliber drives a lot of that, but I think this is a great deal for the money. Sure, you’ll want to replace the scope, but even so, where can you get both a powerful, accurate .177 and .22 rifle for $180? 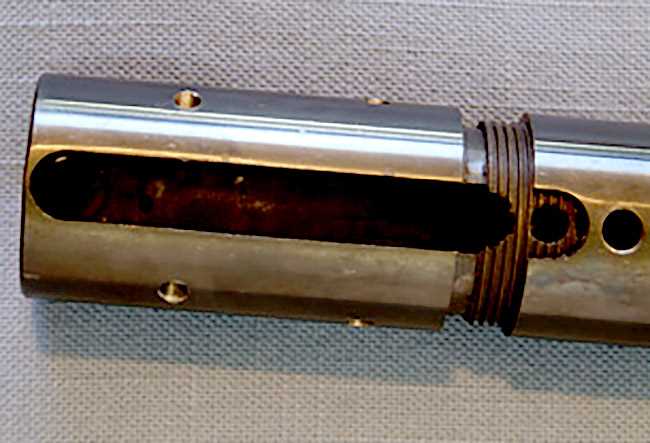 You want to work on airguns?