Underlevers
Lately, this problem has cropped up with TX200s. Several have been sent back to Pyramyd Air – including one from a well-known airgun dealer who should have known to check for this. The complaint was that the guns wouldn’t cock. The problem was that people were not cocking the guns all the way. To cock the TX200 or any underlever, the lever must be popped down from the barrel, then pulled all the way down and back – as far as it will go. During the last part of the stroke, the safety has to be set, and it takes just a little extra effort. New owners stop pulling too soon and the lever remains down with the rifle uncocked. The lever now seems to be stuck open and cannot be closed. They can’t do anything with it, so they panic.

See how far the underlever comes down and back on this BAM B40 (copy of the TX200) before the rifle is cocked and the safety is set? A ratchet lever must be depressed to return the underlever to the stored position.

The solution is so simple. Just pull the lever a little harder and the safety will set. Then the rifle will be fully cocked. and the underlever can be returned to its stored position (as long as the safety ratchet button is depressed). On Weihrauch rifles such as the HW97 and the HW77, sometimes the trigger block is over-lubricated and the safety button gets stuck in the thick grease. Push on it if it doesn’t seem to want to set. That’s usually all it takes. These guns have no safety ratchet, so the lever can now be returned to the stored position

You may remember that I described the same problem with the Whiscombe JW75. Even I had this problem and had to call my dealer to help talk me through it. The Whiscombe safety takes a lot of extra pressure to set on the final cocking stroke. That’s even today, after the rifle is broken-in.

Sidelevers
Sidelevers are usually not as troublesome as underlevers, but they also set their safeties with the cocking stroke. They have different types of safeties that seem to set more positively without needing that extra cocking effort.

The RWS Diana 48 sidelever comes this far back to cock the mainspring and set the safety. A ratchet button must be depressed to return the lever to the gun’s side.

Breakbarrels
I find this next thing difficult to believe…but Jeremy tells me that some new customers actually believe the act of just opening the breakbarrel cocks the gun! I mean the initial breaking that drops the muzzle down a few inches, preparing the barrel to be cocked. They think when that is finished, the gun should be cocked. They are just beginning at that point! 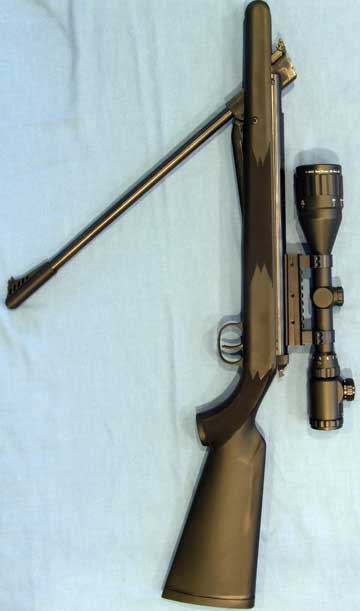 Learn to slap that muzzle!
While we are on the subject of breakbarrels, many new owners do not understand how much force is required to break open some of these modern high-power breakbarrels. The mechanisms that keep the barrels locked while firing have to be made stronger today to keep all the air pressure sealed inside. It takes real effort to break open some of the new guns. The Webley Patriot/Beeman Kodiak is the worst for this, followed closely by the Beeman Crow Magnum/Theoben Eliminator. You have to slap the muzzle downward sharply with the heel of your hand to break the barrel open. It’s almost a karate chop. This takes some practice, though in time it becomes a habit. I now slap open all breakbarrels, regardless of what they are, and sometimes get surprised if it opens easy, like an RWS Diana with a ball-bearing breech lock.

Now that it’s open, break that barrel all the way!
Most modern air rifles have very long strokes, so the barrel has to be broken (pulled down and back) a considerable distance to cock the gun. And, like the underlever guns, the safety often sets on the final part of the stroke. That may take some extra effort.

You have to overcome hundreds of pounds of effort
A modern spring air rifle has a mainspring that requires over 150 pounds of force to compress. The geometry of the cocking mechanism reduces the effort needed to compress this spring to between 25 and 50 pounds, but you still have to put in that much effort or the gun will not be cocked. And, at the end of the cocking stroke, there is often an automatic safety that needs to be set. That requires a few extra pounds of effort.

Loading safely
To load any spring air rifle safely, you should always hold onto the end of the cocking lever – even if it’s the barrel! Never let go of that lever (barrel) while the action is open. You only need one hand to load the gun – the other belongs on the cocking lever, so if the safety malfunctions at any time, you can catch the lever (barrel) before it closes and chops off a finger or two.

Never do this!
Never fire the gun with the barrel broken open or with the cocking lever not back in its stored position. If you do, here’s what will happen – EVERY TIME! If it’s a breakbarrel, the barrel will snap shut and the barrel will bend upward from the sudden stop – EVERY TIME! The stock will probably crack. If you have your finger in the breech, it will be cut off – EVERY TIME. If you have an underlever or sidelever with a sliding compression cylinder and you fire the gun with the sliding compression chamber pulled back, the lever will slap against the gun and probably break the stock (very common with underlevers). The side of the gun where the lever slaps will be permanently scarred. If you had fingers in front of the sliding compression cylinder when it went forward, they were cut off.

Airgun makers have gone to great trouble to prevent these accidents. Most guns have safety devices that prevent them from firing before the lever is returned, or they use a ratchet to hold the sliding compression chamber from closing. But these things can fail or be bypassed. A few rifles have unique designs that prevent such accidents. The Gamo CFX has a rotary breech and the RWS Diana 46 has a flip-up breech cover. Both keep fingers safe. But the majority of guns don’t have these features, so the shooter must be aware of how to safely handle the gun while loading.

Spring air rifles are very easy to use, once you learn how. But there are things to learn. Please read the owner’s manual (Pyramyd Air has a large online library of manuals) and follow the few simple safety practices I have put forth here. 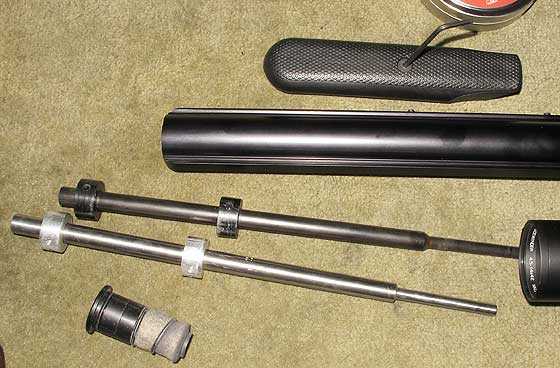