Accuracy!
Today, I’m testing the .22-caliber Hammerli Razor for accuracy. This test spanned a two-day period, because I actually began last week. The first groups were not promising, and I started suspecting the scope had a problem–you know the common complaint of “scope shift”? Except that the scope doesn’t usually shift in the middle of shooting a group!

However, there was one overriding thing that helped me keep on track. The Razor is a breakbarrel, and breakbarrels can be the most difficult of all rifles to shoot accurately. Some of them are sweeties, but a few can be very cantankerous, and you never know until you try the gun.

The solution is to try modifying the artillery hold and even to try shooting directly off sandbags. A few times, the gun will actually group best right off the bag–though this was not one of them. I also tried shooting the gun off the backs of my fingers and off the open palm–and the back of the fingers won, hands down (pun intended)! But that wasn’t the only thing I had to do.

The Razor I’m shooting refused to group unless I held it with the lightest touch possible. I know that is a part of the artillery hold, but this rifle wants an exceptionally light hold. So light that I’m spending extra time explaining it to you.

Here’s what I mean by “didn’t work.” They grouped in 1.5″ to over 2″ at 25 yards. No matter what I did, I couldn’t get these pellets to shoot to the same place every time.

RWS Superdomes
The first pellet that actually did group well was the RWS Superdome. They were a pleasing surprise, as pellet after pellet went to the same place at 25 yards. In the end, they were the most accurate pellet. 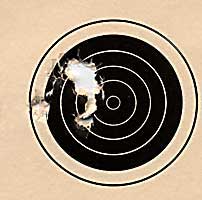 Beeman Silver Bear
The Beeman Silver Bear hollowpoint isn’t a pellet I usually turn to when testing accuracy, but when Crosman Premiers and JSB Exacts fail, I pull out all the stops. They stayed together until the final four shots, but I don’t blame that on technique, because I was really trying at this point. 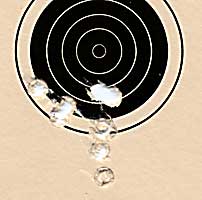 Ten Beeman Silver Bears went into this group measuring 1.221 inches. While it isn’t anything to brag about, it looked good compared to what all the other pellets were doing.

Air Arms domes
The final good pellet I tried were 16-grain Air Arms domes. Even though they’re JSB Exacts, this is the heavier version of that pellet, and the Exact I had tried before was the 14.3-grain pellet. They grouped 10 in 0.738″ at 25 yards, the second-best of the test. 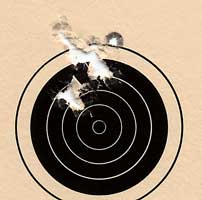 How’s the BKL 260 mount doing?
After about 100 rounds, the tape I put to test the BKL mount for moving hasn’t budged. Everything looks exactly as it did when the mount was installed. And the groups underscore that–particularly the better ones.

One reader asked if I should also test to see whether the scope moves inside the rings. I didn’t set up a test for that because it is far less common, in my experience, than the whole mount sliding on the dovetails. I’m going to shoot another 400 shots through this rifle with the scope mounted, and then we’ll have a look at the tapes.

And the Razor?
I have to say I was less-pleased by the accuracy from this rifle. Not that it isn’t accurate, because it clearly is. But it’s so sensitive to hold that it takes real technique to extract all that accuracy. But other than that, I love the trigger and I like the general looks of the rifle. If you like it, don’t be afraid. It’s just going to turn you into a better shot. 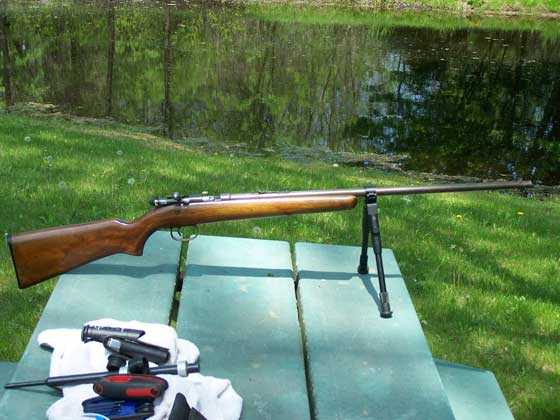 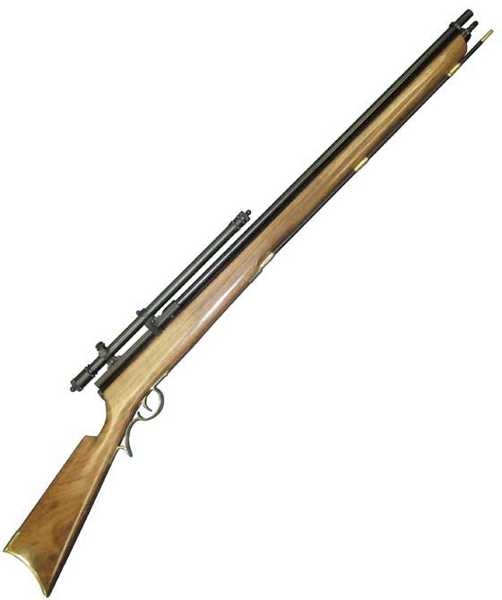