In case this is your first time on Pyramyd Air’s new blog, please scroll down to the previous posting that tells you more about this new site!

Update on Tom/B.B.: Tom is doing much better. I visited with him for about 10 hours on Saturday and Sunday. He’s eating solid food, got out of bed to sit in a chair and will start walking on Monday. Dare I say that we may be in the home stretch?

Today’s blog was dictated by Tom. 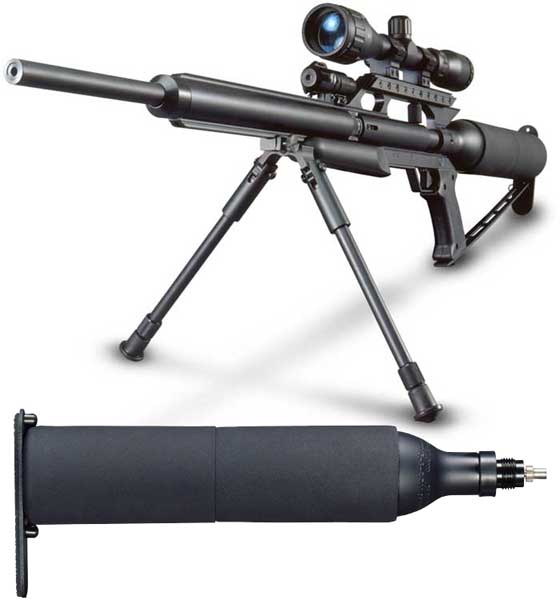 Want to use nitrogen in a PCP? AirForce Airguns is the only manufacturer I know of that says you can. They’ve limited the alternative gas to use in their .177 Condor only. AirForce sells a special reservoir to be used for nitrogen or air.

There was some discussion last week in the comments about the use of nitrogen in place of compressed air in a PCP. This practice has been going on informally for years, but the manufacturers of the guns have not endorsed it because of the differential in fill pressure of the tanks. Nitrogen can be filled up to 6000 psi; air is typically not filled that high.

It’s a simple thing to open a tank valve, watch the valve needle and stop when the needle hits the desired pressure in the gun. So simple, in fact, that last year AirForce Airguns dropped their restriction against nitrogen and now endorse the use in all their guns. The Condor has two different reservoirs…one for .177 and one for .22 (the difference is in the valve springs). The Talon and Talon SS tank also accepts either air or nitrogen.

There shouldn’t be a big performance difference between plain air and nitrogen. There must be some because oxygen is involved in air, but I doubt you’ll notice the difference on the chronograph. If you do, it’ll be so small it won’t matter.

What about using nitrogen in other guns?
Of course, you can use nitrogen in other PCP guns if you have the right fill adapters made to introduce the gas into the gun. That’s not the problem. The problem is if that manufacturer has specifically said no nitrogen or no gas other than air, then you’ve just voided your warranty. So, if your gun has a problem, don’t come crying to me when they won’t fix it!

Are you worried about over-pressurizing your gun?
The key is control. When you go to the gas station for fill-ups, your car’s 31-gallon tank is vastly smaller than the 2500-gallon reservoir of gas in a big tank under the island where the gas pump sits. Yet, no one worries about over-filling their car with gas. That’s because we’ve learned to shut it off when it’s full. Now, it’s true that gas tanks and gas supply pumps have automated devices that help with this, but it really doesn’t take much to shut a valve when the pressure gets up to the desired level. Let’s say you want to fill that Benjamin Discovery to 2000 psi. Just stop filling when the output needle on the tank you’re filling from hits 2000. That’s all there is to it!

I own a 4500 psi carbon fiber air tank. I fill guns to 3000 psi all the time using the above method. It doesn’t matter what type of gas is passing from one side to the other. 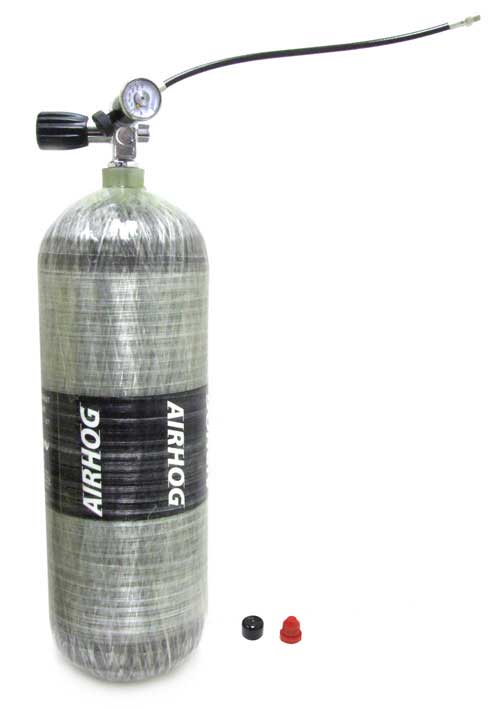 I can use my 4500 psi tank to fill up guns that use much lower pressures. 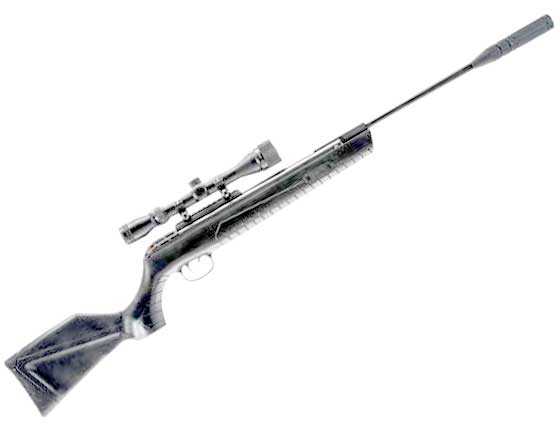