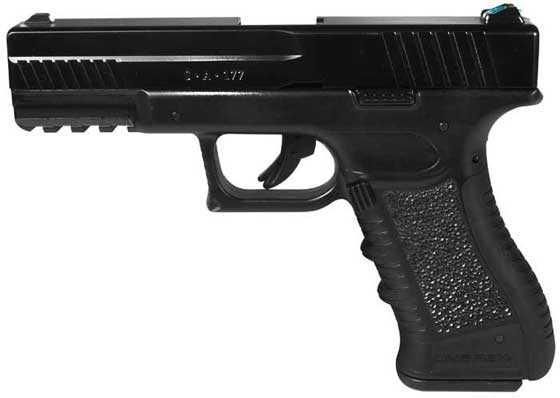 I’m going to finish this report today. From the comments, I sense that you guys are tired of BB pistols. But this SA 177 is such a great performer that its story deserves to be told in full.

You’ll remember from Monday’s blog that this gun gets 100 shots per charge. What Mac did was shoot targets with 20 shots per target from shot 1 to 100. I’ll show you the beginning, middle and ending targets and tell you about the others, because there isn’t a nickel’s worth of variation between any of them.

Accuracy
Mac used Daisy zinc-plated BBs for this test. The first target contains shots 1 through 20 and was shot as double taps. What that means is Mac raised the pistol, aimed and fired two shots in quick succession before lowering the gun again. Double taps test the influence that the trigger-pull has on accuracy. All shooting was done at 15 feet. 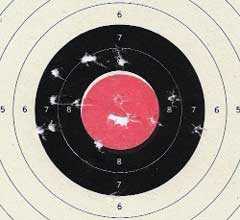 This is pretty impressive for 10 double taps. Obviously, the trigger-pull had little influence on accuracy.

Well, I guess the heavy trigger doesn’t affect accuracy one bit! The pistol grouped amazingly well for a double-action-only trigger. I’ve tested plenty of BB guns that couldn’t do as well with deliberate aimed shots.

More accuracy
Okay, shots 21-40 were deliberate and just as tight. I’ll show you shots 41-60, which were also fired deliberately — one shot at a time with a 10-second delay between. 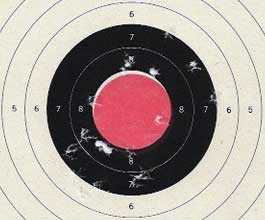 These 20 shots were fired one at a time, but they still grouped in the same area as the first 20, which were double taps. Mac was using a 6 o’clock hold.

Final 20 shots
The final shots were 81 through 100, and they went to the same point of impact as the first 20. In fact, if Mac had left one target up for all 100 shots, the black bull would have nearly been removed. 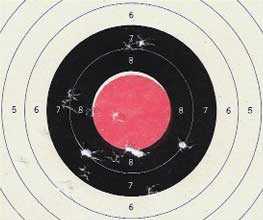 The last shots (81-100) were the same as the first. Brilliant performance! 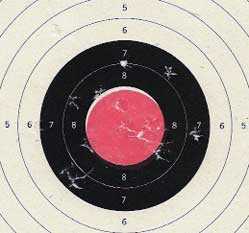 Mac continued shooting after 100 shots. These are shots 101 to 120. Same POI! This pistol is phenomenal!

Rapid-fire
Mac then changed CO2 cartridges and shot 20 more shots rapid-fire with no pause between shots. The group opened up a little, but remained centered on the target. 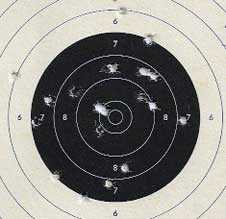 Mac let fly 20 shots at this target as fast as he could pull the trigger. The group opened a little, but this is still great performance.

A different sight
Actually, it isn’t a sight at all. It’s a laser designator. But at close range, it works just like a sight. Put the glowing red dot on target and shoot.

Mac mounted the Walther NightHunter combination laser and tactical flashlight on the rail the gun provides and proceeded to shoot more groups. This equipment costs as much as the gun, but if you want good results, use good equipment. 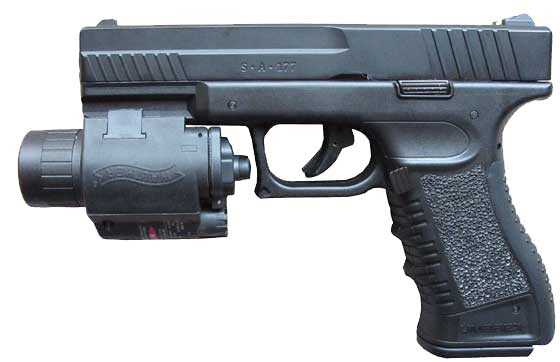 The Walther NightHunter adds a tactical flashlight and laser in a neat package. 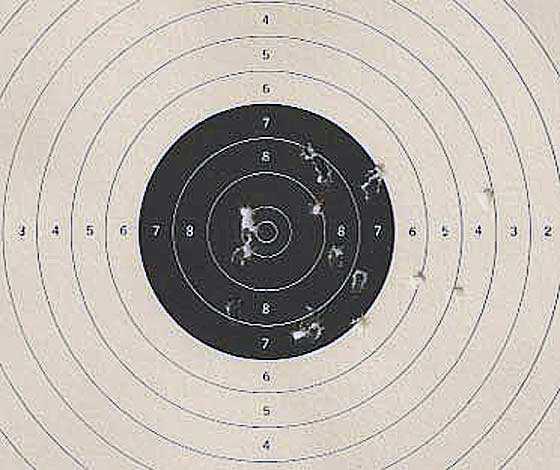 Mac told me the shots on the right outside the bull were sighters as he adjusted the laser. The group in the bull came after that was accomplished.

Bottom line: the SA 177 is one heck of a BB pistol. It wants to shoot to the point of aim, and it’s as reliable as can be. If you’re in the market for a fast-action gun, keep this one in mind! 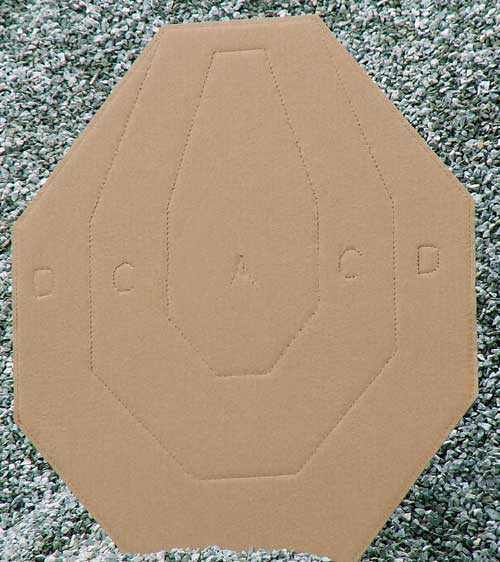 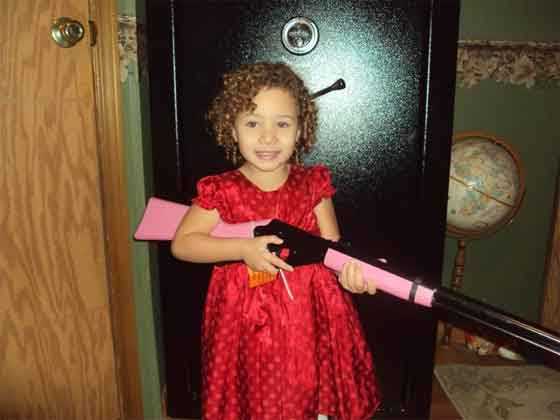 The difficulty of selling quality