Today, we’ll look at accuracy. Several years ago, I wrote a feature article for Shotgun News in which I pitted the Mark I and a Smith & Wesson 78G against a modern Crosman 2240. I thought the vintage guns would run away with the contest when it came to accuracy, but the reverse happened. The 2240 beat both other guns for power and accuracy. So, tomorrow I’m starting a special three-part test of the 2240, just to keep the playing field level. Today, it’s the Mark I’s turn in the spotlight.

I go back to school
The first couple groups I shot at 10 meters weren’t good. I wondered what had happened to me, then I remembered that I shoot a lot better without my bifocals on. For some reason, my glasses make it difficult to focus on the front sight.

So, off came the specs and on went the shooting glasses. The groups got smaller, but not as much as I was hoping for. Then I did something I’ve preached against for the past 40 years. I closed my left eye! Suddenly, I could see the front sight and the rear sight clearly, and the groups tightened right up to what they were supposed to be. So, lesson learned for the umpteenth time. Don’t shoot with your regular glasses on and cover up that non-sighting eye. My shooting glasses do all that, I was just too lazy to go find them. Besides, I wanted to see if I could still shoot without that aid.

Trigger-pull
The trigger-pull is still set rather heavy, breaking at around 5 lbs. on stage two. But, when the gun is rested, as it was for this test, that’s not a hindrance.

RWS Hobbys
Remember, the Crosman Mark I is .22 caliber, not .177. The RWS Hobby is a lightweight wadcutter pellet in both .177 and .22. It seemed to fit the breech of the pistol fairly well, with a little resistance as the bolt pushed it home. They grouped well but had a couple fliers that could have been caused by my sighting experiments. I was shooting 10-shot groups as usual, and that takes a lot longer than the same number of 5-shot groups, so I didn’t run the Hobbys again because other pellets promised more accuracy. 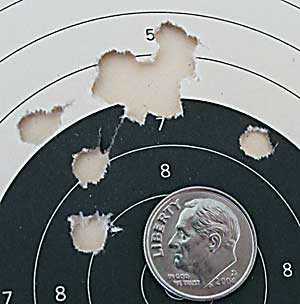 RWS Hobby pellets showed promise with this 10-shot group at 10 meters. Six of the 10 went into a very tight group, and this was during the time when I was experimenting with sighting!

Gamo Hunter
I initially tried Gamo Hunter pellets and got a pretty good group, despite my sighting problems. And, when I went again while doing everything right, the 10-shot group was truly rewarding! 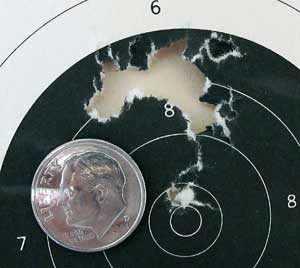 This group of 10 Gamo Hunters was shot after I got the sighting sorted out. The first group showed lots of promise, and this was the payoff. The lower pellet was not called as a flier.

RWS Superdomes
I didn’t wait to hear from disgruntled readers that I’d overlooked the RWS Superdome pellet yet again, so they were included in this test. The first group was shot while I was having sighting problems, and also during a CO2 cartridge changeover, and it still was tight enough to recommend a further look. That further look, shot after the sighting problems had been resolved, proved to be the best of the test! So those who tout RWS Superdomes were right in this case. 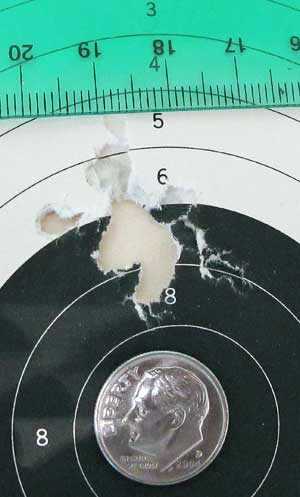 And there’s the money shot. Ten RWS Superdomes went into that tiny group at 10 meters. Clearly, the best pellet of those tested.

Crosman Premiers
I did try Crosman Premiers, as well, but they fit the breech very loosely and didn’t have the same grouping potential as the others. Perhaps on another day….

The bottom line
The bottom line for the Crosman Mark I vintage air pistol is that it’s a very worthy handgun. The prices seem to have risen over the past year, but they can still be bought if you’re a careful searcher. The prize seems well worth the effort. 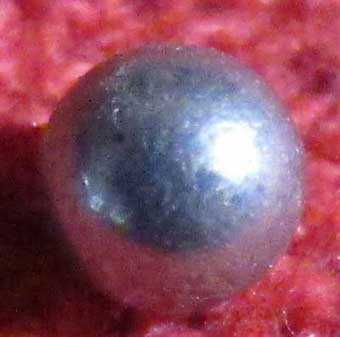 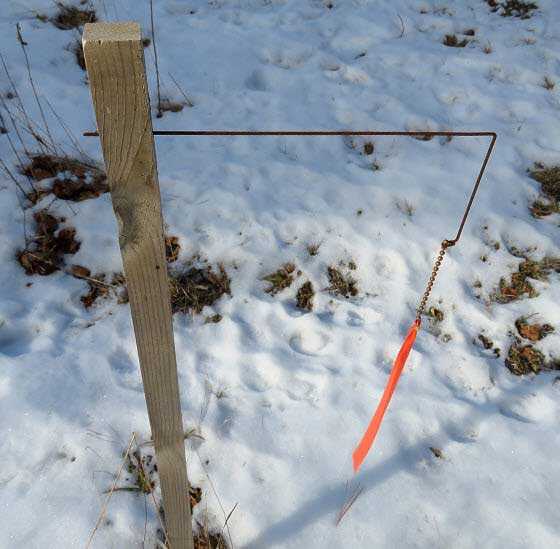