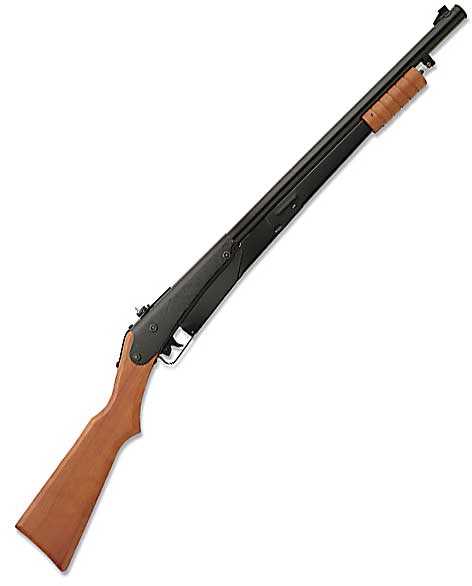 Tomorrow, Mac and I are departing for the Roanoke airgun show being held this Friday and Saturday. I’m asking the veteran members of this blog to help the new readers with their questions, as I won’t have much time per day on the internet.

Well, all the testing is done and the new Daisy No. 25 pump-action BB gun came out smelling like a rose. Today, we’ll look at accuracy, and I think you’ll be pleased.

When I tested the velocity, I was surprised that the heavier Daisy zinc-plated BBs weighed more than the Crosman Copperheads, yet they were also faster. I said they probably fit the bore better. If that was true, they should also shoot more accurately.

I test BB guns at 15 feet, except for the Avanti Champion 499, which gets tested at 16.4 feet (five meters). It gets tested at that distance because it’s shot at that distance in the International BB Gun Championships. Fifteen feet may seem very close to airgunners who are used to stretching out to 50 yards and more, but these smoothbored guns are not capable of accuracy like the pellet rifles and pistols are. All shooting was done offhand.

That doesn’t prevent you from plinking at tin cans at 20 yards with a BB gun. But I can’t run a meaningful test like that for you in this blog because there would be nothing to see. So, I shoot at paper here and trust that you will know what to do with the gun when you get it.

I was curious about the sights on this gun. Normally, peep sights are much more precise than an open sporting notch, so that,s what I used for the test. I do agree that this peep aperture is a bit too small for even target use.

I was surprised that the gun shot exactly to the point of aim. Back in the day, vintage No. 25 guns were an iffy thing. I can’t tell you how many front sights on BB guns I’ve seen bent to one side or the other to get the shots to align properly.

Daisy zinc-plated BBs
I went with Daisy zinc-plated BBs first. Ten shots offhand from 15 feet gave me a pleasingly round group that hit exactly at the point of aim. I used a 6 o’clock hold, and I’m darned if the BBs didn’t all strike at 6 o’clock! In fact, four of them went into a single hole at almost the exact aim point. 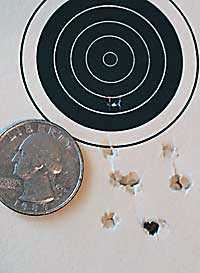 Only one BB strayed up into the black bull. The rest stayed in a round group at 6 o’clock.

Crosman Copperheads
Next up were Crosman Copperhead BBs. Surprisingly, they shot to almost the same point of aim, but the group was considerably larger than it had been with the Daisys. This is just the result I had anticipated from the velocity test. 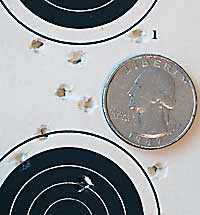 Group is also at the point of aim, but is considerably larger than the Daisy group.

Overall opinion
Daisy hit this one out of the park! The new No. 25 has many of the best features of guns of the past, and it’s done up with the quality you would expect a gun like this to have. Yes, there are some compromises, such as the safety built into the trigger, but they’re not as bothersome as they seem at first. The new No. 25 shoots and performs as it should.