This is the second part in our series of bending airgun barrels.

Settle in, boys and girls, for this report will be long and involved. Today, I’ll begin the quest to bend or straighten an airgun barrel to fix many problems.

I’ve waited to do this report until I could give you a barrel bending (straightening) fixture that anyone could build for very little money. I’ve not built mine yet, but the design is so simple that I have complete faith it will work. And if it doesn’t, there’s always the crotch of a tree or the joint in a picnic table that’s currently being used by many people to do the same thing. I think my fixture gives you a lot more control over the process, so let’s see if it works.

First, we need a bent barrel. I intentionally bent an airgun barrel for you. I bent a breakbarrel by firing the gun with the barrel broken open, as in the common excuse –“My hands slipped while I was cocking the gun!” (everyone who ever did this uses that excuse).

The gun I’m working with is already marked for destruction. I thought that before it goes away, it might serve one last honorable duty. It’s a .22-caliber rifle and I selected .22-caliber RWS Hobby pellets for this test. We don’t care about accuracy in this test — just where the pellets are landing with respect to the scope setting. Don’t ask what kind of gun it is — the model is unimportant. I removed the anti-beartrap device so the barrel would close when the trigger was pulled, so this rifle was initially safe as it was designed and built, but I circumvented it.

I first photographed the gun with an obsolete CenterPoint Optics 3-9×40 AO scope mounted. CenterPoint scopes are no longer made by Leapers, so this scope is now unavailable, but it has a mil-dot reticle that became important in today’s test.

Here’s the test rifle with its scope mounted. This is before the first shooting test.

First thing
The first thing was to establish that the rifle could hit the target using the test scope. I chose to use 10 meters for the test distance; because at 25 yards, with the way the pellet would rise after the barrel was bent, I could wind up with more holes in the walls of the house. Edith tells me that’s a bad thing!

The first shot was from 15 feet. I shot in the standing position and supported my hand with the door jamb of the garage door. Because I’ve rearranged my garage, I have to sight-in at 15 feet instead of the old 10 feet. I shot at the upper bull on the target, and the pellet hit just below the lower bull. The rifle was striking the target about 3-1/4 inches below the point of aim at 15 feet. Then, I backed up to 10 meters and shot again.

At the 10-meter bench with the same scope setting, I shot at the top bull again. A three-shot group was low and to the left of the aim point. It was not as low as it was at 15 feet, which is to be expected. So, I adjusted the scope up and to the right to correct it.

The first shot after the scope was adjusted was at the lower bull. The pellet landed a half-inch low and a quarter-inch to the left of the aim point. A second scope adjustment put the next pellet into the center of the targeted bull. Four more shots completed a 5-shot group.

The picture that follows documents everything you’ve just read. 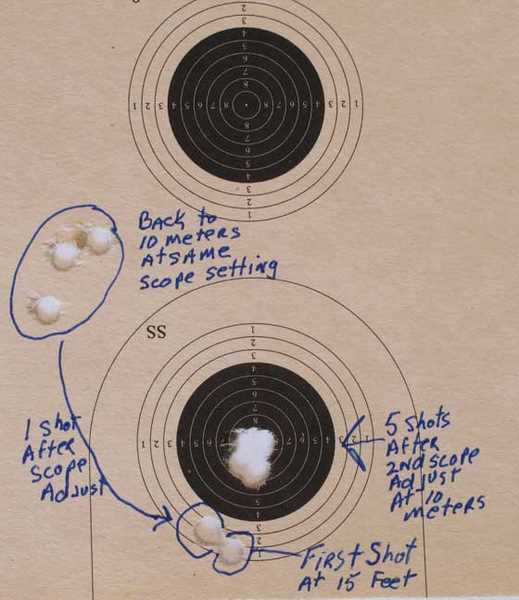 The first target describes how the rifle was initially sighted in. The tight group in the lower bull was the final result for five Hobbys at 10 meters.

I then took the scope off the rifle before bending the barrel. This is a very stressful procedure, and there’s no reason to subject the scope to this kind of punishment. However, this is a place where bias can enter my test, because taking the scope off the gun and remounting it again will definitely cause the aim point to shift some. I hope to show, however, that it moves so far upward that it cannot be blamed on just removing and remounting the scope, alone.

The piston moving forward acts on the cocking link to slam the barrel shut so violently when the gun fires that the barrel bends upward every time. This is a classic abuse of an airgun. If I’m ever called as an expert witness in a liability case, I will say that this was done intentionally — because in every instance I’ve investigated, it was.

Now you can see the results of doing what I just described. The barrel is bent upward, starting at the end of the baseblock — a classic case of a slam-fire in a breakbarrel.

You can clearly see that the barrel has been bent upward in this photo.

The stock was not broken this time, but one of the two stock screws was pulled deeper into the wood on one side of the forearm. I can see the barrel is bent without looking for it, so I’m now very concerned that the gun will shoot above the target when I remount the scope.

Once the scope is back on the rifle, I return to 15 feet from the target — and this time, I drew a new aim point below the target at the bottom of the cardboard target backer. The same aim point was used for all shots in this part of the test.

Then I took that first shot. The pellet struck the target 4-3/4 inches above the aim point. I was on paper, so I cranked in all the down elevation adjustment the scope had, and the second pellet dropped about 2 inches below the first. It was still 2-3/4 inches high at 15 feet. I felt safe, so I backed up to 10 meters and shot off the bench.

The first shot from the bench landed 7-1/2 inches high at 10 meters. It was perilously close to the target clip that holds the target to the backstop, so I used the mil-dot above the crosshairs for the next 5 shots. I now had a group on paper at 10 meters, but it was so far above the aim point of the scope that it was completely useless. At 25 yards it would be many inches higher than it was here. So, the barrel is definitely bent upward and has to be dealt with before the gun can be used again.

This target documents how the same rifle shot after the barrel was bent. The aim point at the bottom proved not to be low enough when I backed up to 10 meters, so I had to use the first mil-dot above the crosshair intersection to hold on the aim point. I was aiming about 9 inches low at 10 meters — and was still almost off the top of the target!

Now, I have an airgun with a documented bent barrel on my hands. You absolutely cannot see the bend by looking through the barrel, as I’ve been told. At least I don’t see it. But the results on paper and even just looking at the gun tells me the barrel is definitely bent.

After that, I have a BSF S70 rifle that currently shoots too high with the aftermarket peep sight that’s installed. If my barrel bending/straightening fixture works as expected, I will apply it to that gun and show the results.

The bottom line of this report will be a way for you guys to bend your barrels as required, with complete control and little risk of damage. I’m as new to this as are many of you, which is why I’m doing it for all of us. 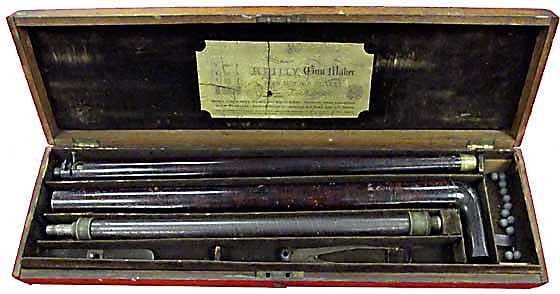 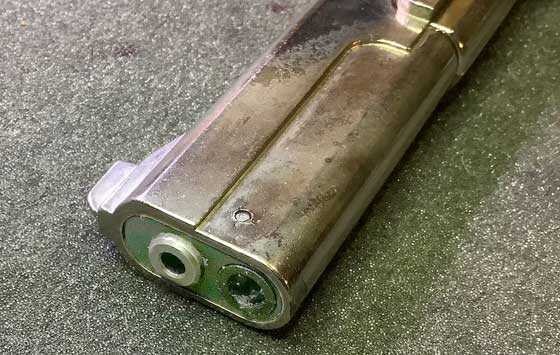