My wife, Edith, and I have to renew our Texas Concealed Handgun Licenses in another month. So we have been practicing in the house with BB and pellet guns. This was more for Edith than for me because I usually get out to the firing range several times each month, and I shoot handguns quite often. You can never practice too much, but I wasn’t the one who was concerned.

Edith doesn’t shoot as much as I do. Most of the time she is glued to her keyboard, working on the Pyramyd Air website in one capacity or another. She has her own Glock model 36 in .45 ACP as a carry gun, and we tricked it out with a better trigger, laser designator and a Wolff barrel that allows the use of my reloads without the gun blowing up (the notorious Glock kaboom). She was concerned about the upcoming qualification and felt she needed to get ready. And who am I to argue with more shooting opportunities?

So, we went though several training sessions at home. We started with the Winchester Model 12 BB pistol that I actually bought after testing because it shot so well. At the time I reported it, I felt the pistol would make an excellent trainer for just such a purpose.

That was what I thought; but when it came time to train, we found the gun wanting. Well, perhaps that’s not entirely correct. What we found was Edith and I both tended to spray the BBs around the target instead of getting the smaller groups I had gotten in the test. I had run out of 2-inch Shoot-N-C targets that I used with this pistol in the report and the nickel-sized bulls I drew on the target paper did not seem to attract the shots as well as the larger bulls had.

So things did not work out the way I had envisioned. This was not good. Edith relies on me to fix her shooting problems — not to pontificate or theorize, but to give her help that actually works. So far I was 0 for 1.

Next, I selected the Magnum Research Desert Eagle. I chose it because of the blowback, which was also the reason I’d selected the Winchester model 12. But the Desert Eagle is a pellet pistol with a rifled barrel, and I know that it’s very accurate.

Unfortunately, it bears very little resemblance to a Glock M36 or a 1911 pistol in any way other than they are all handguns. The Desert Eagle is very large. It’s like trying to hold a boat oar in your hand. In fact, except for the excessive weight of the firearm, the plastic pellet pistol is just as inconvenient. Don’t bother correcting me on this — I own and use a Desert Eagle .357 Magnum pistol as well. It’s big and it does weigh a lot, and personal favoritism won’t change that. I like the gun — just not as a trainer for a Glock or a 1911. Now I was 0 for 2.

That forced me to think outside the box, but probably still pressed up tight against the flap. What about trying a Colt 1911A1? Besides all the BB guns that are made on the 1911 frame, Umarex makes a genuine Colt-branded pellet pistol. The size is perfect for my purposes, and this is a pellet pistol with a rifled barrel — so you know the accuracy will be there. The one drawback is that this pistol doesn’t have blowback. We weren’t after the sensation of recoil — we wanted the slide to cock the hammer automatically so all trigger-pulls would be light and crisp. Instead, we had to cock the hammer ourselves.

In the end, that wasn’t the hinderance I thought it would be. It was easy to cock the hammer before every shot, and the pistol was very well behaved. The first thing we both learned after picking this pistol was we both needed to concentrate on the sight picture more. And Edith made the discovery that if she pulled the trigger with the first joint of her finger, she pulled all the shots to the left. But if she used the pad of her trigger finger, the shots stayed centered on target like they were supposed to. This was real progress.

Over to the firearm
You tell yourself that you’ll practice many times each week, but then the weeks end before you get to it. So the day you progress from airgun to firearm is a large and sudden jump. It doesn’t have to be that way, but for us it was.

In Texas, the Concealed Handgun License requires you to shoot 50 rounds for qualification. Twenty are at 3 yards, 20 more at 7 yards and 10 at 15 yards. So that’s what we did at the range. We hung the silhouette target and proceeded to shoot at each mandatory distance. When I say “we,” I mean Edith. I was there in the capacity of technical advisor and brass catcher.

Edith started with her Glock and fired a complete 50 rounds with it. She started at 3 yards and progressed back, which is how the qualification is shot. We were both impressed with her results, as they were well-centered and much tighter than they were 5 years ago when she qualified the first time.

The lighter trigger on her Glock accounted for a lot since it’s no longer the heavy DAO it once was. But she was using a perfect 2-hand isosceles hold and taking good aim. That much she had gotten from the airgun practice. I was surprised that she wasn’t affected by the noise and recoil, but she told me that after the first shot goes off she becomes accustomed to everything and doesn’t let it bother her anymore. I wish I could do that! 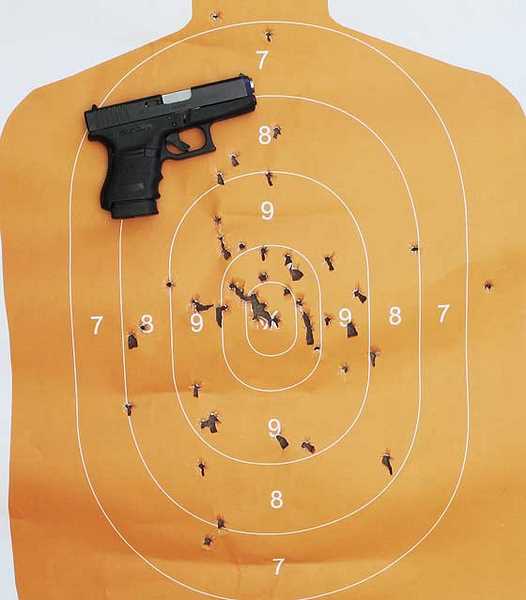 Edith’s 50-shot target with her Glock 36 was well-centered. We attribute this to the airgun training.

1911
After completing the 50-shot course, we switched over to the Taurus PT1911 and she went at a second silhouette target. This time she used my reloads and blew the center from the target right away. Then at 7 yards she started to pull some shots to the left. This was when we discovered she was using the finger joint instead of the pad. She told me afterward she does that because she worries about the 1911 grip safety being depressed. That distracts her, which is when the trigger finger goes through too far. Edith has large hands and the 1911 grip is on the small side.

At 15 yards, her shots were even more to the left, so I knew she was pulling them. By the time we stopped, she had fired a total of 90 rounds, which is a heck of a lot of .45 ACP ammo. 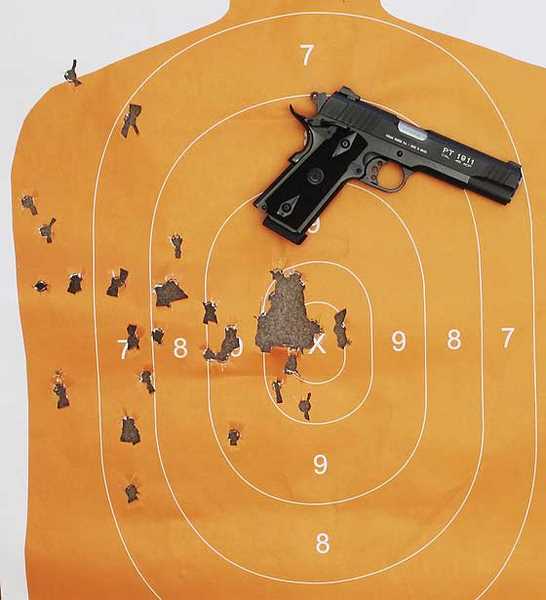 With the 1911, Edith started by blowing the center out of the target; but as she tired, she started pulling shots to the left. We stopped after 40 shots.

Either target would have qualified her that day, though she lacked 10 final shots with the 1911. She was justifiably pleased with her performance, as was I. No more scattering shots — everything was centered until fatigue set in.

Airgun training a success!
The training we did with airguns was successful in preparing Edith to shoot the firearms. It got her used to trigger control, breathing and the sight picture, which turned out to have a dramatic effect on the results.

We make no claims that airguns will get you ready for the muzzle blast or the recoil of a firearm — especially not one as big as a .45 ACP. But, by getting the other things under control, the few things we weren’t able to practice made very little difference to the outcome. Edith is the one who asked me to write today’s report because she feels that training with airguns really helped get her ready. Looking at the targets, I would certainly agree. 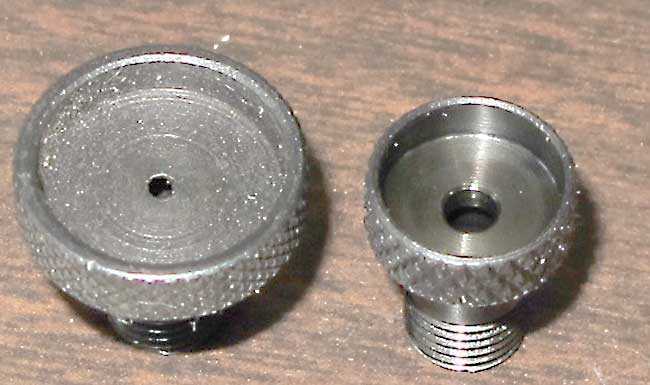 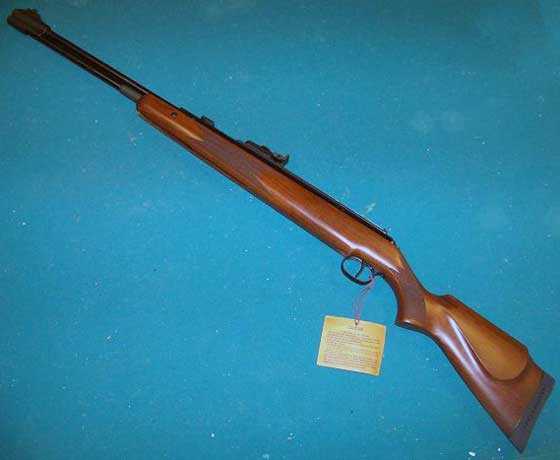