Today was supposed to be Part 2 of the report on the BSA Scorpion 1200 SE, but I had an accident (actually a stupident) last night that prevented me from completing the test. I was slicing open a roll of bullet grease for my sizer/lubricator, and I slipped and cut my hand deeply. Today, as I was pumping the Hill pump to fill the rifle for the test, the wound reopened and I had to stop. Because the BSA fills to 232 bar and has a proprietary fill probe, I use the Hill pump because I don’t want to change out my more common Foster adapter on my carbon fiber tank since it fills most of the PCPs I own. Proprietary fill couplings are relegated to the hand pump.

This is also going to delay the next report of the Hatsan AT P1 pistol and the Evanix Rainstorm 3D bullpup rifle, as both of those PCPs also have proprietary fill probes and, of course, none of them fit any other gun — nor do they fit the BSA rifle! So, the only PCP I can report on for a week or 2 will be the Benjamin Marauder because it has a standard Foster fill coupling.

Today, I want to address the issue that blog reader Beazer brought up the other day when I talked about calling shots and following through. He mentioned that with his heavy-recoiling gas spring rifle, which he calls Mr. Nasty, he cannot keep the crosshairs on the point of aim after the shot fires. He wondered what to do about it. Let me pull a quote from his comment that explains everything well.

… should my sight picture return to p.o.a. after all the dust settles? Asked another way, if my reticle winds up off target, but my shot is close to on target, is something wrong in my shot execution?

Several other readers made similar comments about recoiling firearms. Obviously, this was a point that I failed to make in that report. Today, I want to set things right and talk about the ideal shooting position.

Let’s say I’m shooting at a 100-yard target with the open sights on a bolt action O3-A3 Springfield military rifle. This rifle is caliber .30-06, and it does recoil significantly. Nobody can hold the sights on the point of aim while this gun recoils. What I was trying to say in the report is that at the last instant before the shot fires, you look at your aim point reference for calling your shot. Someone else said it better — I think it was Fred. He says he takes a “mental snapshot” of the sight picture just before the gun fires. That’s a great way of saying what has to happen. No one can hold so still that they always know where the shot will go, but experienced shooters do watch their sights so they know where the gun is at the instant it fires. That tells them where the shot is going, and that’s how you call the shot.

So, on the O3-A3, I’m watching the front sight blade through the rear peep aperture, and I note the instant that the big service rifle fires. Of course, I lose all track of the target and sight picture after that. But if I saw where the front blade was at the moment of cartridge ignition, I know what I need to know to determine where the bullet probably went.

But what about what Beazer asked? Should the rifle return to the aim point after firing? In an ideal world, I guess it should, and maybe that’s possible for pellet rifles and rimfires more than it is for powerful centerfire firearms. The big kickers, like my .30-06, are going to push you around some, so don’t be surprised if you aren’t on target after the dust settles.

Settling-in
When I’m on a benchrest, or even when I’m in a seated or standing-supported firing position, it takes time for me to settle-in properly. I keep adjusting things until the rifle is aimed at the target when I’m completely relaxed. Don’t get confused — I don’t necessarily mean that I’m holding the rifle loosely. If the gun is a pellet rifle, I’m probably holding it loosely; but if I’m shooting a hard-recoiling rifle like a .30-06, you can be sure that I have the butt tight against my shoulder and the thumb of my firing hand is positioned to not break my nose when it comes back at me in recoil! Cowboy Star Dad told us that he’s learned to hold his .22 Magnum rifle firmly for best results, so maybe it’s only pellet rifles that are held loosely.

When I settle in the first concern is to rest the rifle as straight as possible toward the target. I’m now talking about looking through the sights and centering the rifle using them. If I’m using a rifle rest, that’s what gets moved from side to side. If I’m resting the rifle on my hands or directly on a sandbag, I put the butt to my shoulder and sight through the sights, then move the bag or my hands to center the rifle. If the rifle is handheld, my elbows also determine where it points; so once the gross corrections are made with the rest, I begin to make small adjustments of the elbows.

The object is that when I hold the rifle, the sights are aligned with the target so that when I close my eyes and relax, the sights remain aligned as before. I actually do this sometimes — close my eyes, take a deep breath and let it out, then open my eyes and see where the sights are. If they’re not aligned as I want them to be, I make adjustments to the hold and do it again. This works for rifles that are loosely held and for those that are held tightly.

I haven’t mentioned elevation yet, but of course that’s just as important as right and left. If I’m shooting off a rest that has a vertical adjustment capability, it gets adjusted up and down until the front sight is perfectly aligned. If the rifle is handheld, I do the same thing with my grip and the sandbag under it, if there is one.

One more thing
There’s one last step to this hold. That’s to touch the trigger and make sure the rifle doesn’t move away from the target as it’s squeezed. Sometimes this final step is the place where that last little bit of muscle tension gets revealed and corrected.

If you’ll settle in like this for every shot, you’ll find that your groups grow smaller and smaller. You may already be using the artillery hold, but this procedure is part of it. I haven’t talked about this very much until now; but if you read my R1 book, you’ll see that I give today’s settling-in procedure the same importance as the artillery hold. This is what allows for calling the shot and for following through.

What about handguns?
Everything I’ve said today applies to rifles, only. Is there anything equivalent for handguns? You bet there is! There’s enough material to warrant at least one whole report of its own if there’s any interest among you readers. Today, I wanted to remain with rifles because there was so much to explain that I didn’t want any distractions.

A simple test to demonstrate the hold
I have an idea. What if I shoot 3 groups at 25 yards with the same accurate spring rifle? My Beeman R8 seems like a good candidate. From past tests, we know that JSB Exact RS pellets are a good choice for that rifle. One group will be shot using the classic artillery hold and the settling-in procedure I described today. A second group will be shot using the artillery hold without settling-in. I’ll use my muscles to hold the rifle on target, but I’ll use the artillery hold. Then, I’ll shoot a third group while holding the rifle like a deer rifle — gripping the forearm and pistol grip tightly and pulling the butt firmly into my shoulder. I promise to try to shoot my absolute best with each position. One 10-shot group should show a difference if I’m right about this. Boy, will I be embarrassed if I’m not! 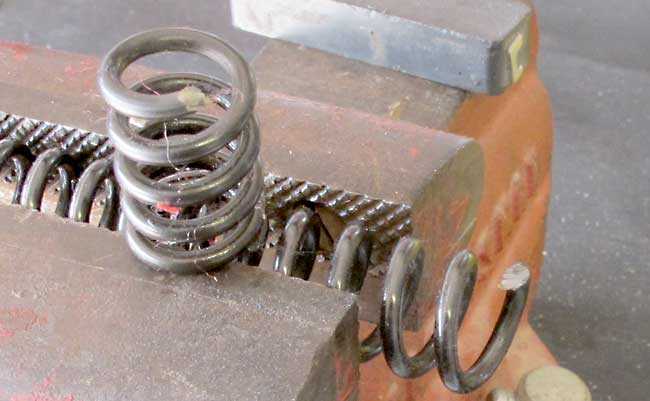 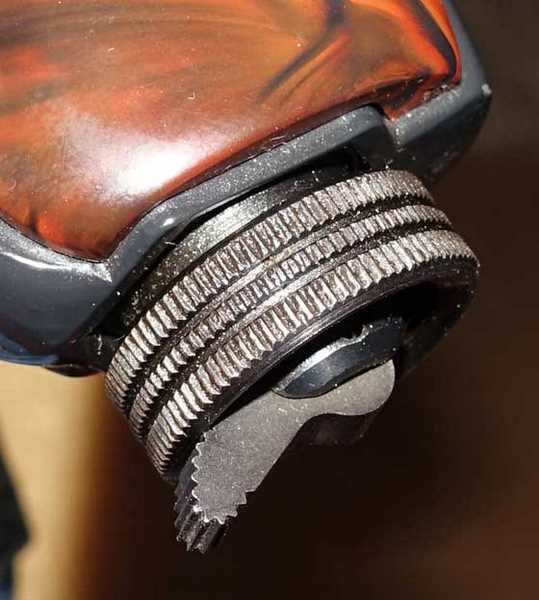