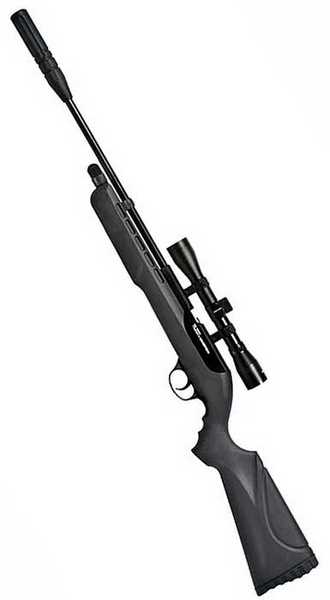 One of the perks of visiting the manufacturer is getting to try new airguns. I visited Umarex USA last February to film my parts for this year’s American Airgunner show, and we were also given a tour of the facility in Fort Smith, Arkansas. We got to shoot many airguns and even a couple firearms, but the one gun that wasn’t quite ready was today’s subject gun, the .177-caliber Umarex Fusion CO2 rifle. Sales Director Justin Biddle (JB) told us the gun was going to be incredibly quiet. I really wanted to hear it perform, but it wasn’t going to happen because the gun just wasn’t ready.

Shouting about silence
Well, now I have a Fusion rifle in hand, and I get to test it all I want! I’m testing rifle number 00360129. Like all Fusions, this rifle comes in .177 caliber.

I told JB back in February that Pyramyd Air was very particular about the sound ratings shown with the descriptions on their website because, sometimes, they’re all a customer has to go by when buying an airgun. As the saying goes, “Once burned, twice shy,” so if there’s any question, no sound rating is accepted unless the Pyramyd Air tech team or I get to listen to the discharge of a production gun. We don’t want the customer who may be making his once-every-five-years purchase to be misled!

But I have to tell you — the box this rifle comes in touts the 5-chamber SilenceAir silencer attached to the barrel, and the rifle’s ultra-quiet operation is mentioned at least once on most of the box sides. They’ve gone so far as to put a video ad on the Pyramyd Air website, touting how quiet the rifle is. So, in all likelihood it is very quiet. Because, if it isn’t, it would open the door to a tidal wave of criticism! I’m prepared to be amazed.

There are other reasons for wanting to test the new Fusion, as well. It isn’t every day I get to see a new CO2 rifle. They don’t come along that often, and each new one seems different than the few we already have — unlike the introduction of yet another 1,400 f.p.s. breakbarrel magnum springer!

The rifle is a bolt-action single-shot, so in my mind that puts it in the Tech Force 78 category. Pyramyd Air no longer carries that model, and there are very few single-shot CO2 rifles to be had.

The rifle
Even though the black stock is synthetic, the Fusion is not a featherweight. It weighs 5.71 lbs., which is certainly light enough, but it’s also enough weight to let you know there’s something in your hands. I would call this a handy rifle, in that sense. The dimensions are large enough for an adult (14-inch pull), yet the stock is also thin where you naturally grab it; so, think of this as the Diana 27 of CO2 rifles.

The rifle is just over 40 inches in length and balances with a slight bias toward the muzzle. The silencer is one inch in diameter and permanently attached to the rifle. The rifled steel barrel is a whisker over 17 inches long, and ends where the baffled silencer begins. It appears free-floated, but it does contact a barrel band that attaches it to the CO2 tube below.

The entire rifle is matte black. The stock is dull, and the barreled receiver is blued to a matte black sheen.

The bolt requires a fairly stiff pull to cock the action, so you’ll want the rifle against your shoulder or something firm when you shoot. A tray in the receiver accepts the pellet and helps guide it into the breech. 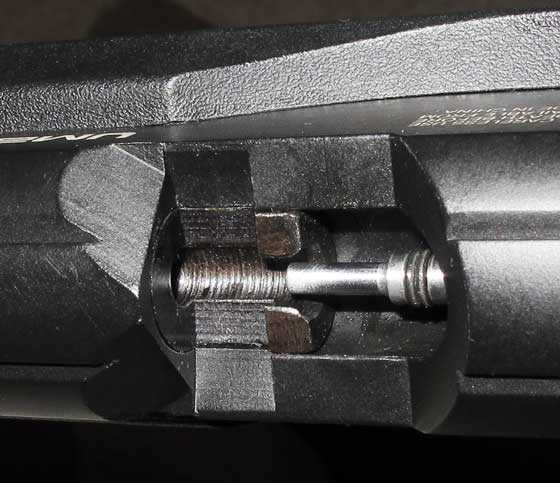 There is a pellet tray in the receiver, similar to what a single-shot .22 rimfire uses to guide the cartridge into the chamber.

The buttstock has a very straight line — as opposed to a stock that drops at the comb. Therefore, it will accept a scope more readily than most rifles. The stock fits me very well. In fact, my off hand likes how the stock narrows just ahead of the triggerguard.

There are no open sights. The rifle comes with a 4×32 scope and rings; so, you do have sights, but they have to be mounted. I’ll cover that process in Part 3.

The trigger isn’t adjustable. It’s two stages with a long, light first stage and a long second stage that has some creep. The safety is automatic and comes on every time the rifle is cocked. It’s a sliding switch located on the top right side of triggerguard, just forward of the trigger. It can be applied and taken off at any time and appears to block the trigger from moving. 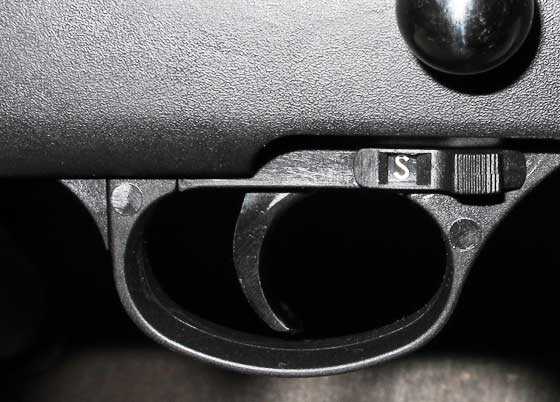 The safety switch slides forward when the rifle is cocked. It can be applied manually at any time.

This rifle favors right-handed shooters. The stock is ambidextrous, but the bolt handle operates only on the right side of the receiver.

Charging the rifle
The Fusion needs two 12-gram CO2 cartridges each time it’s charged. They’re loaded end-to-end, similar to other CO2 rifles, but the charging mechanism isn’t as straightforward as you’re used to. There’s also a pressure-relief valve in the charging cap that lets you exhaust remaining pressure in the gun at the end of the useful charge. But that valve complicates the charging process just a bit.

To charge the gun, you first unscrew the cap that covers the pressure-relief valve control knob. Those threads are left-hand, so the cap comes off by screwing it clockwise. Then, the control knob is screwed down as far as it will go and then backed out three full turns. This closes the exhaust valve, making the CO2 reservoir cap ready for filling.

Use some kind of oil on the tip of each CO2 cartridge before dropping it into the rifle, and also spread some oil on the o-ring that seals the rifle’s cap. The instructions say to use RWS Chamber Lube; but since I had none of that, I used Crosman Pellgunoil. 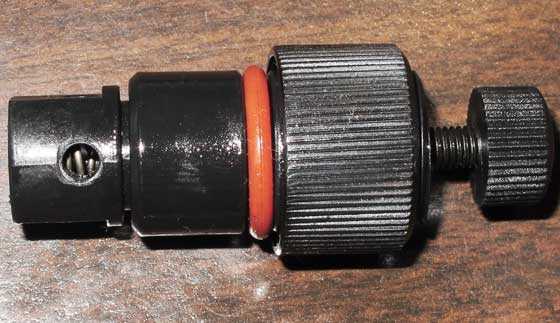 The Fusion CO2 cap is more complex than the usual cap. The cap has been removed. The knob at the right is to exhaust the residual gas when it’s time to change the cartridges. It’s shown in the closed position, so the cap is gas-tight.

With both cartridges inside the tube, I screwed down the cap, and gas started hissing somewhere. I’m used to hearing a brief rush of gas, then the solid sound of the seal doing its job, so this hissing threw me for a loop. I played with the pressure-relief valve knob — unscrewing it farther. The hissing continued, so I screwed in the cap several more turns (against great resistance), and it finally stopped. That was the longest period of gas release I’ve ever heard from a CO2 gun during filling; so after shooting it several times, I exhausted the remaining gas and tried again with 2 fresh CO2 cartridges.

It happened the second time, too. Gas was exhausting for at least 30 seconds as I tried to tightly screw down the cap, but the cap got almost too tight to screw. This time, I knew the pressure-relief valve was closed; and I even opened and closed it during the procedure, just to make sure. I finally put my back into it and got the cap secured, but not before a lot of gas was lost.

I believe the problem is the o-ring on the cap is made of material that’s permeable to CO2 gas and swells rapidly in its presence. It swells enough when the gas is first released to make the cap difficult to screw in far enough to seal the chamber. We had problems like this with the old o-rings on CO2 guns years ago; but when the new non-porous o-ring material came to market, the problem stopped. This is something that needs to be looked at by the manufacturer. I will keep an eye on it as this test proceeds, and I’ll report my findings to you.

Power
The box says to expect 750 f.p.s. with alloy (meaning lead-free) pellets and 700 f.p.s. with lead. I’ll try it with both, and I’ll try several lead pellets because this will be of interest to potential buyers. If it really gets that much velocity, this rifle could be used to eliminate small pests up to the size of small rats at close range.

Sound
Since I’ve shot the rifle already, I’ve heard the discharge sound. But I’m going to wait until the velocity test to report it. You can ask, but I won’t tell. Gotta save something for the later reports!

Overall
We don’t get a new CO2 rifle that often, so this one seems to hold a lot of promise. Velocity testing and a report on the report are next. 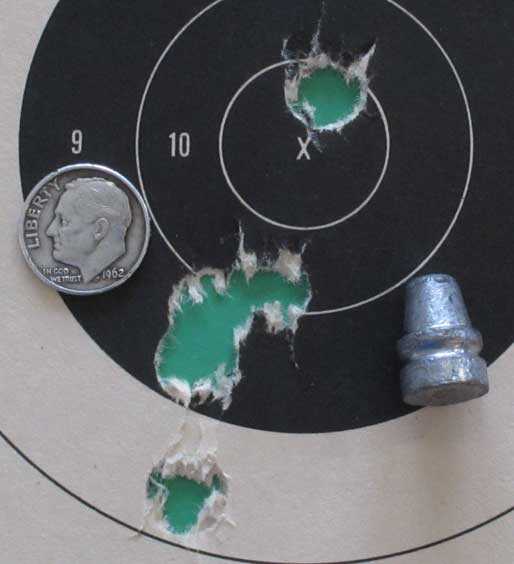