I planned on putting a review of the See All Open Sight here today, but the test went south on me. It was most likely my fault, so I’m not going to publish it until I have a chance to check things. Today’s blog is also written by new blog reader Rob, who responded to my question of what things a new person needed to know about airguns.

ROB: Myth. All pellets are the same. The only differences between the 2-3 different brands available is marketing. Truth. Every airgun is different and will shoot very differently depending on the brand, weight, and shape of pellets fired from it. New guns should always be tested with a variety of pellets.

B.B.: As long as I’ve been an airgunner, I’ve heard that you have to try lots of different pellets in a gun to find the best ones. That’s true for firearms, as well, so why not for airguns?

BUT — and this is a big one! Some pellets are almost always good, while other pellets are most often not so good. The premium pellets you see me use to test airguns — JSB, H&N, Beeman, RWS and certain Crosman pellets — are most often the good ones. I won’t waste my time shooting anything else. The discount store pellets are usually not very good. In fact, I am planning a comparison test between some of the best pellets and some discount store pellets in airguns of known accuracy — to see if what I’ve said holds true.

ROB: Myth. Pointed pellets are best for hunting. Truth. Pointed pellets may pierce an animal, but that might not be the best way to humanely kill it. Projecting power into the animal with domes, hollow points or even target pellets is better, and a heavier weight pellet moving slowly is better than a tiny pellet busting the sound barrier.

B.B.: I learned this years ago. Pointed pellets are never as accurate as good domed pellets. They do penetrate better, but that’s about all. For long-range accuracy, I choose either domes or a few of the new high-tech hollowpoints that are very accurate, like the Predator Polymag and the Beeman Devastator pellets.

ROB: Myth. A pellet or BB gun is a good tool to teach an animal a lesson/run it off. Truth. Most pellet guns today are capable of piercing the skin of an animal at a close distance (and some at long distances), and a sunken pellet will fester…sometimes killing the animal–always punishing it inhumanely. Also, the new airguns (new if you haven’t bought an airgun in 2-3 decades) can be extremely powerful and potentially lethal. When I was a kid, we put on an extra coat and had BB gun wars. That was a bad idea then, and a worse idea now.

ROB: Myth. Oil your gun good (or the reverse, pellet guns last forever…there is no need to maintain them.) I’m guilty of both of these. Truth. Pellgunoil is specifically made for airgun lubrication. Engine oil can hurt it. Too much and not enough oil are equally bad for life and performance. There are still some things I don’t understand about lubrication. There are other oils and greases (lithium and moly grease) that I still know almost nothing about.

B.B.: There’s some truth here, but also some errors. The veteran readers know that I made the same mistake years ago. Pellgunoil is actually made from non-detergent motor oil with additives that preserve o-rings. And, Rob, there are still some things that I don’t know about lubrication, either!

ROB: Myth. There are only 2-3 brands of airguns. Truth. There are dozens and seem to be more every time I look. Wally World may have a gun at a lower cost, but it’s best in the long run to buy from experts who can give advice on all aspects of the gun, including potential scopes and pellets.

ROB: Myth. You have to spend a fortune to get a straight shooting quality airgun. Truth. Some of the inexpensive guns are the best. That said, you have to pay more to get all metal, wood and a Lothar Walther barrel (a combination I haven’t gotten yet).

ROB: Myth. Every barrel should be cleaned. Truth. Some barrels don’t require cleaning at all. Some guns require frequent cleaning.

ROB: Myth. High-power scopes make for better accuracy. Truth. A clear scope makes for the best accuracy…and sometimes taking the scope off and shooting open sites is the best route.

B.B.: In light of some recent test results, I have to agree. Doesn’t mean I’ll give up all my powerful scopes, though!

ROB: Myth. It doesn’t matter where a gun is made. Truth. A good gun could be made anywhere, but the Germans (for example) have the motivation, factories, artisan capabilities and history of making fantastic guns. Other areas of the world are often low-end bidders without devotion to the craft.

B.B. In general, he’s correct but don’t forget the Brits, Swedes, Turks and Americans! There are several countries where good airguns can be made, and often are.

ROB: Myth. Higher speed/greater power is always better. Truth. If you want to blow holes in plywood, greater speed and power are better. However, if you want to hit a target the size of a fly or hunt squirrels at any distance greater than point blank, accuracy is much more important.

B.B.: If you don’t know how I feel about this topic, you are a first-time reader. Accuracy comes before anything except safety.

B.B.: This used to be a larger problem than it is today. Some companies persist in overstating their velocity, I admit, but others have gotten on board with honest figures. They know many airgunners have chronographs these days (proportionately far more than firearms shooters), and they’ll be checking. The company that still gets its numbers from intentional oil detonations has been busted by airgunners, but they still sell very well to the unsuspecting public, which is much larger.

ROB: Myth. Airguns are only truly accurate where zeroed. Truth. Airguns point up like cannons and shoot in an arch. That means they are as accurate as they can be at two points on that arch…going up and down (for example, at 15 and 30 yards.)

B.B.: I don’t really understand this one. Because my airguns are accurate at all distances until they go out too far. I think what Rob means is the pellet path intersects the aim point 2 times.

ROB: Myth. “Broken” airguns are throw-aways. Truth. Most can be repaired with simple repairs like oiling or replacing seals or springs.

B.B.: I’ll go even farther than that. I used to do very well by installing CO2 cartridges in CO2 guns I found at flea markets — you know, when they would tell me they never tried the gun because they didn’t have a cartridge. These guns invariably leaked, and I got a big discount. When I got home, I used Pellgunoil and over half of them sealed up again. The Sheridan Supergrade won’t hold air unless you cock it first. Try to pump one up without cocking, and the air just bleeds out. These are a few of the tricks that can be used to negotiate the price down.

Rob: Myth. Airguns are toys and can never be as accurate as firearms. Truth. To my amazement, a great airgun can usually outshoot a good firearm (within the distances they were created to excel; under 10, 20, 50 yards.) I’ve already proven this multiple times shooting with my friends. They were more surprised than I was.

Summary
This blog was done today out of necessity because I needed a topic quick. But the material presented here is still valuable to new airgunners. I hope others will read this and tell us the things they either learned the hard way or may still not be clear on. 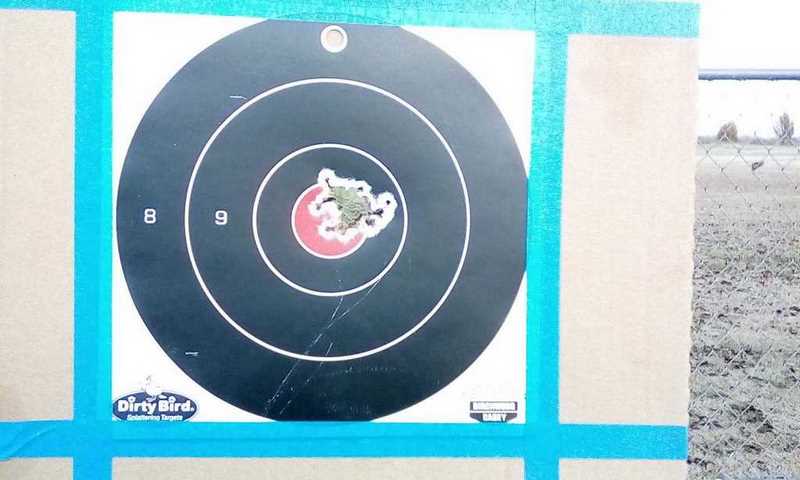