An air rifle for a new airgunner

Today, I want to talk about air rifles that I recommend for new airgunners. Young or old, these people all want the same thing, whether they realize it or not. They want an air rifle that’s fun to shoot. They want a springer for the simplicity, even if they don’t know what that means. And, they want a rifle that’s relatively accurate.

Some of you probably think I’m an accuracy snob — that small groups are all that matter to me. It’s true — I do like to see small groups. But do you know what my favorite air rifle is? It’s a Diana model 27 in .22 caliber that probably can’t shoot better than three-quarters of an inch at 10 meters on its best day. For the new readers, that means putting 10 shots into a target 33 feet away, in a group that can be covered by an American quarter. I have air rifles that can do the same thing at 50 yards — 10 meters isn’t that far.

Given that it has shortcomings, what makes the 27 my favorite? Because I can shoot it all day. And, for what I like to shoot, it’s accurate enough. I can clip dandelion blossoms off their stems offhand at 10 feet. Yes, I said feet. I can roll a soda can at 20 yards. I can hit that dirt clod out on the 50-yard berm — just watch me. Okay, that was just a warm-up shot. Now, I’m serious. See? I hit it.

I like an airgun that’s accurate enough to hit whatever I’m shooting at, whenever and wherever I happen to be. When we filmed American Airgunner this year and I brought out the Diana 27 as my favorite air rifle, I saw the looks of disbelief from the entire cast. It was as if Enzo Ferrari had revealed that his favorite car is a VW Beetle! Everyone else had modern airguns costing hundreds of dollars on the set, and there I was with my $39.95 (1969 price) budget gun. Yet, I somehow managed to hit the same MegaBoom targets they did, and I did it without a scope.

I can hold that rifle all day long, and it cocks with very little effort. So — at the end of the day — yes, it’s my favorite airgun.

Who you gonna call?

Diana 27s aren’t made anymore, so where does that leave us? Well, it leaves me looking for airguns that are still available and just as easy to shoot. That’s why I was so excited about the Air Venturi Bronco. It was easy to hold and shoot and accurate enough to do all the things I wanted to do. And, during the time it was available, I could just tell someone to get a Bronco and be done with it. I knew that rifle would not disappoint. But the Bronco’s no longer available, and it isn’t coming back. Which leaves me looking for a replacement.

That’s why I got so excited about the new Walther Terrus. I even bought the one I tested! The Terrus costs $100 more than the Bronco sold for, but at this time it’s the lowest-priced spring gun I can recommend without any reservations. Yes, there are a lot of springers selling for less than the Terrus, and what does that tell you?

Please don’t get angry. I need a rock-solid spring gun I can recommend to anyone without reservations. I don’t need a gun that needs apologies and a boatload of tuning and special understanding before it can please its new owner. The Terrus pleases people right out of the box with no excuses. Show me a gun that’s as good for less money and I’ll recommend it.

Maybe this isn’t for you

Some of our blog readers are extremely well-versed on the airguns that are out there. You know how to find a Diana 27 (or a BSA Meteor, Falke model 60, or an FWB 124) on your own. You don’t need my advice. But I talk to brand-new airgunners all the time, and I’m darned if I’m going to spend 30 minutes with each of them, trying to explain why such-and-such an airgun is fine, if you only do this and that to it! So, at this time, the Terrus is it. If they have a little more money to spend,  or if they just want something that’s more powerful, I keep the Diana 34P in my back pocket.

After they get into airguns with both feet and learn what’s out there, we can discuss the merits of the TX200 Mark III versus the HW 97K. If they slip over to the dark side (precharged pneumatics), I can go there, too. And, if they just want a warm old-school rifle crafted from nice wood and finely blued steel, we can talk about the advantages of the Webley Osprey and the BSF S55. But that’s after they know something about airguns.

In the beginning, a lot of them don’t know anything beyond what they’ve seen at the local discount store, which is where I have to begin. Discount store airguns have put them so far behind the curve that we have a long way to go just to get them back to the starting point. A lot of them, for example, think that 1400 f.p.s. means something good.

What brought this up?

Why am I writing about this subject today? Because yesterday I told you about a rifle I’m evaluating that has many of the positive attributes I’m discussing here. It cocks easily, fires smoothly, is lightweight and, from the evidence you saw on the final target, is relatively accurate. No, it won’t shoot alongside my TX200; but, as I explained up front, it doesn’t have to. It just has to be a decent airgun according to my definition. It needs to have certain characteristics:

I want a gun that’s so good that its positive points continue to reveal themselves to its owner years after it was purchased. As they mature in the sport, they see their gun in a renewed and increasingly more critical light — and it continues to amaze them. If you haven’t yet had that experience with an airgun, you either haven’t shot them long enough or you have the wrong guns. You certainly haven’t owned a Diana 27. 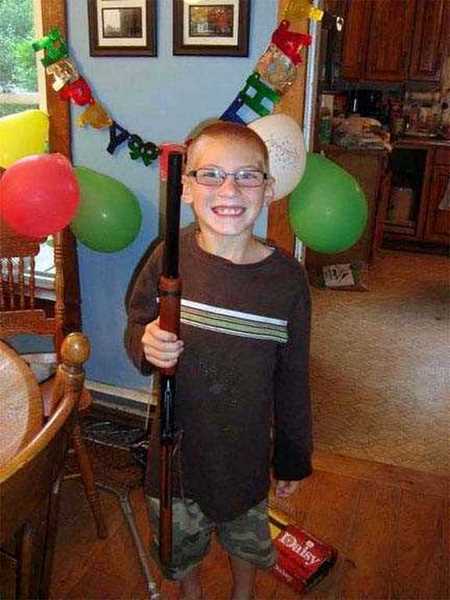 Selling (or buying) the right airgun

How to lubricate your spring-piston airgun 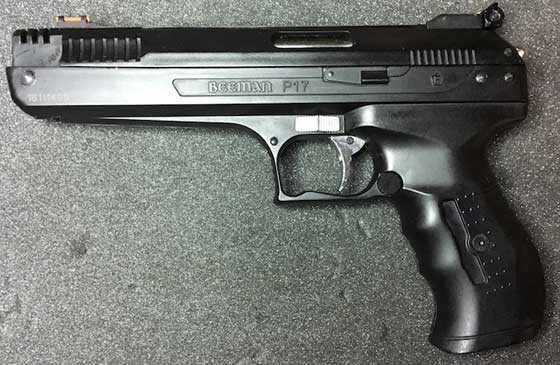