The first peep sight I even looked through was on a Winchester model 52 target rifle in an NRA-run course that taught me how to shoot. While other boys my age (10) were interested in baseball and football,  I was only interested in shooting. So I listened to every word the instructors said and I tried to do what they told me, to the best of my ability. 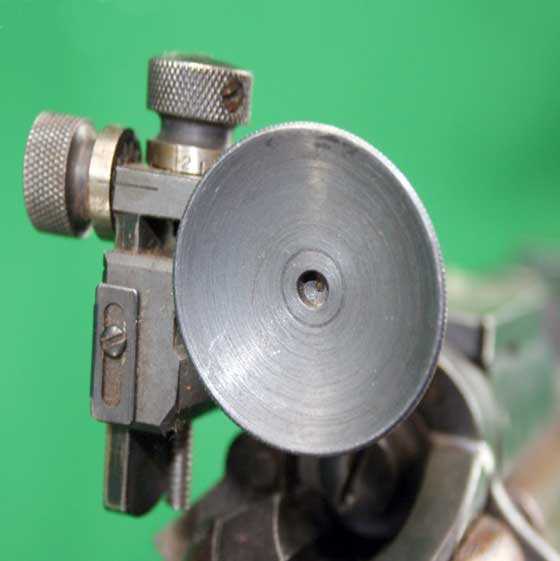 The Marble target sight on the Winchester 52 seemed remarkable to a 10-year-old boy!

There were also Springfield 1922 M2 target rifles available in this course. I tried one once and found I could not shoot it as well as I could the Winchester. Its peep sight seemed more primitive (it really wasn’t) and the front sight was just a naked post, where the Winchester had a globe with inserts. I also felt the trigger was not as responsive and the entire rifle that weighed only around 9 pounds, seemed too light. In later years I owned a 1922 Springfield and found it to be extremely accurate, but at age ten I wasn’t as accustomed to target rifles, and the heavier Winchester seemed to be the better choice.

I shot the sights that they had and never had a chance to compare front sights. The Winchester 52 I shot had a narrow post front sight that looked as wide as the bullseye at 50 feet. I think that post sights were all they had available in that course, because that was how they taught us to see the sight picture. 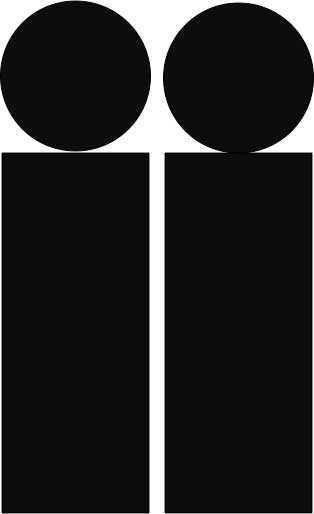 The two competing sight pictures we were told were correct.

The irony was, both were right! Two different sight pictures that were both correct. But which one was really right?

As it turned out, they were two different sight pictures, either one of which worked well, as long as the shooter applied it consistently. But the instructors didn’t say that. One said one thing and another said the other and I floundered with it for many, many years.

As penance for all my enabling I will now explain how both sight pictures can be correct. It turns out that the sight picture where the top of the front post touches the bottom of the bull is the easier of the two sight pictures for most shooters to achieve and it is the one that I believe should be taught to everyone. It is the sight picture you have always read in my writing.

But some people have better eyes! The problem with the first sight picture is it’s difficult to tell how MUCH of the front post is actually touching the bottom of the bull. Some will barely touch it while others will flatten the bottom of the bull just a bit. And even that isn’t bad, as long as it’s done consistently. But it’s hard to do consistently. And when you vary you get vertical stringing, or in matches where each bull is shot separately — a lower score.

Worse still is when the shooter does it while sighting in before the match. Then they just shoot a lower score than they should have and it is extremely difficult to figure out why.

If you have really sharp eyes it may be possible for you to control how much of a sliver of light you leave between the front post and the bull. I have played with that sight picture off and on for the past 50 years and finally decided my eyes have never been good enough to sight that way.

All of the discussion above is the reason why the post front sight is not preferred today. In fact it has been out of vogue for many decades.

Three front post inserts — the right one obviously from a different globe. They illustrate the range of post sizes that are available.

I favor a narrow front post that is no wider than the bull, if I can get it. But other shooters like the wider posts and like to center the bull on them.

Before we look at the front sight that is widely regarded as the best, there are other front sights to consider. A peep sight allows for any kind of front sight, including types that cannot be used with an open rear notch. 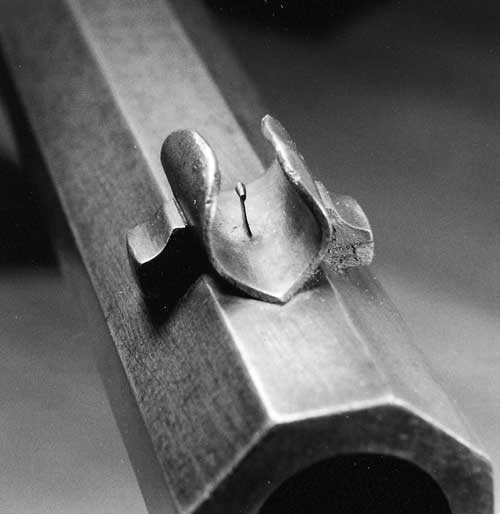 A Zimmerstutzen front sight is a tiny bead on a super-fine post. The bead goes over the target where you want the bullet to strike. Zimmers shoot at 49-50 feet (15 meters), so this is a game where good vision is a plus!

These sporting sights can also be used with a peep sight. They are sometimes used with bullseye targets, but usually only when a post or aperture is unavailable. 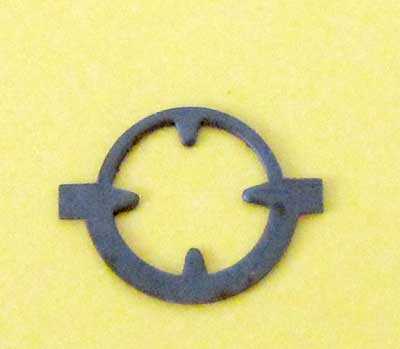 What the…? I have never understood why a front sight insert like this exists. Is it for shooting Klingon warbirds? 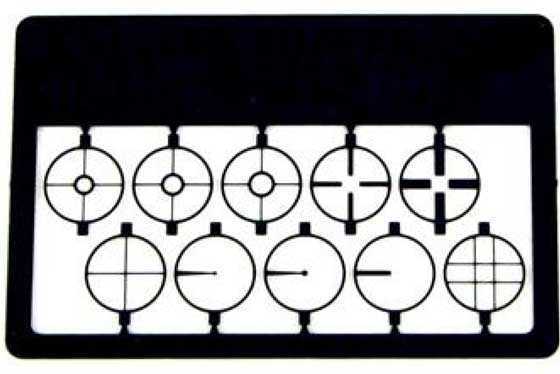 This card of inserts for the Lyman 17 globe front sight has some strange ones on the upper and lower right.

And then there are those contrarian shooters who prefer to have their inserts appear to be hanging, rather than standing in the front globe. This happens most often with the front aperture insert. Since the aperture is simply a circle that’s centered inside another circle, and since the goal is to put a third circle, the bullseye, inside that, it makes no difference whether the aperture is standing or hanging.

Finally, there have been a great many rimfire rifles whose front sight has several possible inserts, all contained in a unit that’s part of the rifle. Mossberg was famous for it! 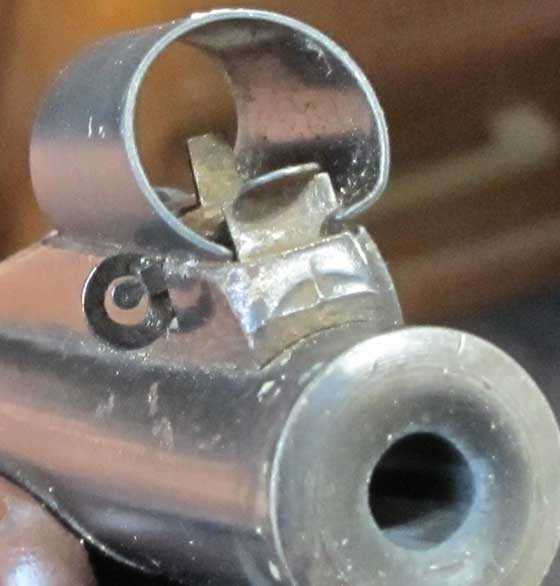 For target shooting there is one front insert that stands above all others.  It is an aperture, just like the peep sight in the rear, only this one cooperates with the round shape of a bullseye to define the target with more precision than any other insert. 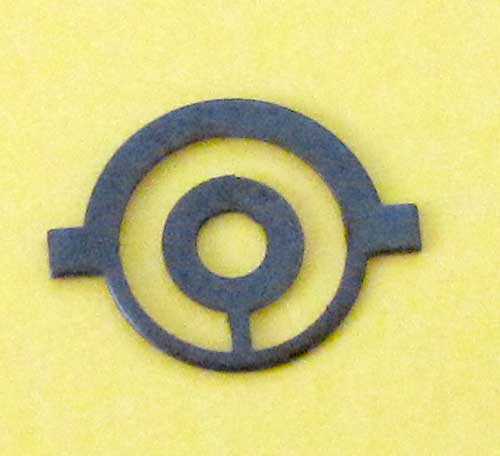 The front aperture is the most consistent insert in the game.

Aperture front sights came in vogue after World War II and have remained there ever since. They are nearly as intuitive as the peep sight itself for aligning a bullseye. Only one thing remained — to get rid of the thick solid ring around the hole so target shooters wouldn’t get confused and shoot at the wrong bull. Because if they do they either lose the shot, or, if two bullets land on the same bull, only the lower score counts.

When the clear or transparent aperture front sight inserts came out they displaced all other inserts, leveling the playing field in the target shooting game. A shooter using a post front insert has no chance against them and too many shooters have shot the wrong bull to ignore the value of a less obstructed view of the target. 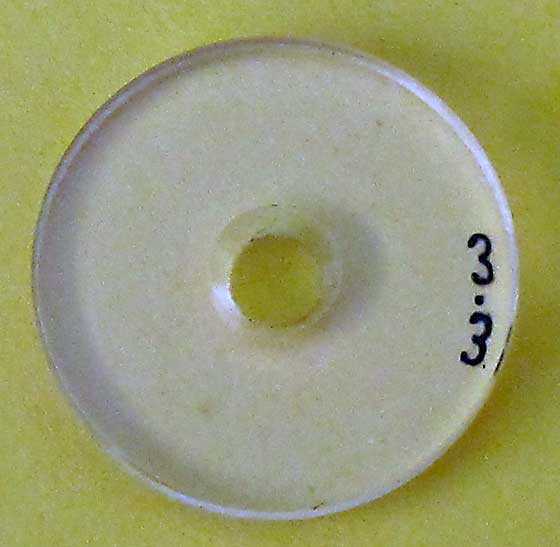 The clear aperture. As you can see, the holes come in sizes to suit the shooter. This one is 3.3mm. When light enters from the front (target), the beveled cut becomes a black ring.

In competition conditions with proper lighting, the beveled hole in the clear insert becomes black, but it is much thinner than the circle of the older steel inserts. The thickness of the black ring is controlled to some extent by the angle of the beveled cut. And it encircles and centers the bullseye perfectly. I doubt there is any world-class competitor today who does not use clear inserts.

This series was a look at peep sights, with the focus on how they help those who shoot with iron sights. In Parts one through three we looked at the peeps themselves, and today we looked at the front sight they interact with.

The peep sight is one of the most misunderstood pieces of the shooting world. It is far more important than many believe and yet it is overlooked and avoided by those who think it is difficult to use.