Today I begin shooting the HW 30S for accuracy. There are a couple issues I uncovered in today’s test, so lets get right to it.

I shot the rifle from a bench on a sandbag rest at 10 meters from the targets. I shot at 10-meter rifle targets. I installed the diopter in the front sight before remembering that the rear sight is just a notch. Obviously that wouldn’t work, so I switched inserts for the thinner square post

Initially I shot with reading glasses, but late in the test I changed to my everyday glasses. I’ll talk about that when I get there.

I shot 5-shot groups so I could test more pellets. I tested the most accurate one again with 10 shots at the end of the test.

First up were Air Arms Falcon domes. I used the artillery hold for the first five and they landed in a group measuring 0.739-inches between centers at 10 meters. I did find the 30S difficult to hold this way because of its light weight.

When I used the artillery hold with the 30S I was able to put five Falcon pellets into 0.739-inches at 10 meters.

When the HW 30S was rested directly on the bag five of the same Falcon pellets went into 0.608 inches at 10 meters.

But the sights were not ideal. I really wanted to use a rear peep with an aperture in front. I was having difficulty seeing the target. More on this in a bit.

The second pellet I tested was the RWS Superdome. This pellet is heavy for this rifle, so the point of impact will probably change. Five of them went into 0.533-inches at 10 meters, and they did hit the target lower. Four of those shots are in 0.185-inches, which is the kind of performance I was expecting from the rifle.

The next pellet I tested in the HW 30S was the 8.2-grain RWS Meisterkugeln Rifle wadcutter. Five pellets went into a group measuring 0.542-inches at 10 meters. 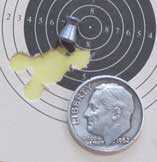 I was having a hard time seeing the bottom of the bullseye for my 6 o’clock hold. So at this time I switched to my everyday glasses. I lost my good everyday glasses a week ago, so I’m wearing the prescription I had before my cataract surgery, but these glasses seem okay to me.

Next I shot 5 RWS Basic wadcutters from the HW 30S.  Basics do not do as well as Hobbys most of the time, but I have been surprised occasionally. This time, though, Basics were not that good. The 30S put five of them into 0.77-inches between centers at 10 meters. It is the largest 5-shot group of the test.

The last pellet I tested in the HW 30S was the 7.9-grain Crosman Premier dome — a pellet that Crosman no longer makes. Sometimes this is the most accurate pellet in an airguns but not this time. Five went into 0.646-inches at 10 meters.

Of all the pellets tested today I felt that the RWS Superdomes showed the most potential. I next shot 10 Superdomes at a final bull. Nine of them went into 0.521-inches at 10 meters. That is slightly smaller than the 5-shot group they fired at the start of the test. However, just like that first test, one shot went wide and opened the group to 0.994-inches between centers, which made this group the largest group of the test. 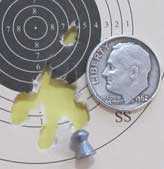 All throughout this test I had a hard time maintaining my sight picture. I really felt that if I had a rear peep sight I could shoot better. That wasn’t the test today, though, so I toughed it out. But at some point in the future I do want to try this rifle with a rear peep sight. However that won’t be next.

My next report will be about adjusting and possibly lubricating the Rekord trigger. While it did get better during the velocity test in Part 2, there is still more that can be done, and I want it to be its best for the accuracy test with a scope mounted. I will lube-tune the rifle before that accuracy test, so it is shooting as smoothly as possible.

The HW 30S rifle is just as good as I thought. It’s a sweet little breakbarrel that is impossible not to love. And I hope that this series will show off all of its charms 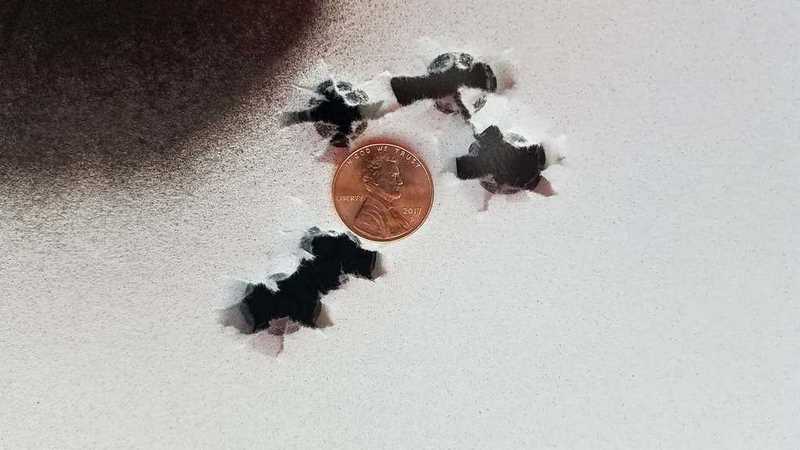