Today we look at the velocity of my new/old Marksman model 70 pellet rifle. Remember — this is a .22

… could fill a blog. And sometimes it does. As I mentioned in Part 1, this model 70 is the first Weihrauch/Marksman/BSF air rifle I have ever physically examined. Years ago when I first read about Weihrauch buying BSF and then Marksman brought out the Weihrauch-produced models 55 and 70, I felt certain they were just putting their name on BSF models 55 and 70 with a few Weihrauch parts thrown in. I even said that in print more than once. But I wasn’t even close!

Here is the deal. When this was happening (Weihrauch making the models 55 and 70 for Marksman) they were also making their own model HW 55 — a target rifle. Why wasn’t the Marksman model 55 a copy of that HW 55 rifle by another name? BB just didn’t think it through, plus now that he has his hands on the real deal, he can examine it closely. I have been making this same mistake for a long time and I have to be more careful-er!

Today we look at the velocity of the rifle I’m testing. Once again, it is a .22, and according to the manual that came with it the velocity should be about 740 to 780 f.p.s. We will see how close that is today. I will shoot a lightweight pellet, a medium weight pellet and a heavyweight. And I will measure the cocking effort and trigger pull as it is currently set. Remember, too, that this rifle has a Rekord trigger than I can adjust to whatever I want, as long as it’s safely within the limits of the trigger’s design. Let’s get started.

Before I begin recording the velocities I will shoot 5 shots to wake up the powerplant. As far as I know the last person to shoot this rifle worked at the Weihrauch factory in the 1980s.

Cocked the rifle for the first time

When I first cocked the rifle I noticed that the breech seal was dead flat. Well, this rifle was made before some of you were born, so that’s to be expected. Fortunately I had some Weihrauch breech seals on hand, so I replaced it. 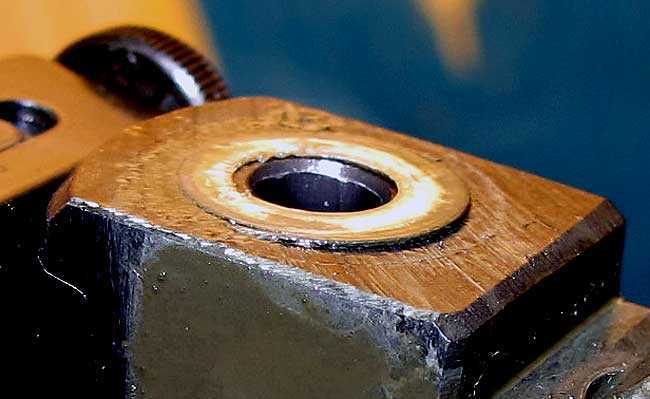 Yes, the breech seal is flat.

First two shots of RWS Hobby pellets were 703 and 711 f.p.s. That old breech seal had to be replaced.

When I pried it out, the old seal crumbled into waxy pieces that had to be pried from the hole individually. The new seal went in and I resumed testing. 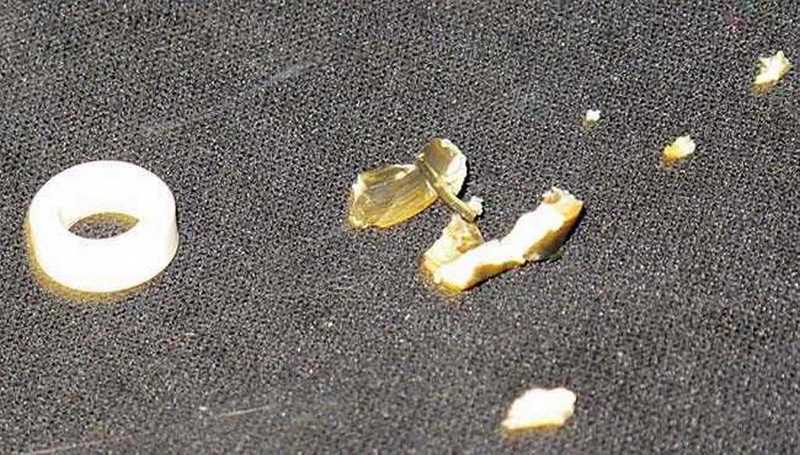 The old breech seal came out in pieces. The new one slipped right in place.

Now for the Hobby string

Ten RWS Hobbys averaged 715 f.p.s. with the new breech seal in place. The low was 709 and the high was 724 f.p.s. — a difference of 15 f.p.s. At the average velocity the Hobby pellet generates 13.51 foot-pounds of energy. And the old breech seal was apparently doing fine.

The rifle groans when it is cocked. That sounds like the mainspring interacting with the rear spring guide.

I don’t need to slap the muzzle to start breaking the barrel. That is a relief!

The rifle has a slow buzz after the shot. It isn’t objectionable, but I want to deal with it.

The barrel does not remain in place when the rifle has been cocked. That has to be dealt with when I strip the action. I want to takethe rifle apart just to see the insides, and of course to see how this safety interacts with the Rekord trigger.

The trigger is set a little heavy, but it is very crisp. I’ll leave it where it is for now.

I like the lever safety over the standard Rekord button. It comes on positively and there is no increase in cocking force when it sets. It’s also very easy to take off with my trigger finger when I shoulder the rifle.

For the heavyweight pellet I selected H&N Baracuda Match with 5.50 mm heads. Ten of them averaged 559 f.p.s. The spread was tight — from 557 to 561 — a difference of only 4 f.p.s. At the average velocity this pellet developed 14.67 foot-pounds, which was the highest in the test.

The rifle cocks with 28 pounds of effort, with a spike to 35 pounds at the end of the stroke when the Rekord trigger is cocked.

The 2-stage trigger has a 14-ounce stage one, followed by a crisp 2-pound release in stage 2. Well shut my mouth about it being heavy! It is ideal!

Is the rifle breaking in?

Of course this rifle is breaking in, but what I’m asking is the velocity going to increase as I shoot? To test this I shot three more Hobby pellets with these results.

It doesn’t seem to be gaining any velocity. I do think I need to look inside the powerplant to see how things look. The mainspring could be kinked, just from setting all those years.

Using the sound meter app on my iPhone, the rifle discharged with 98.6 dB of sound. It’s not backyard-friendly! 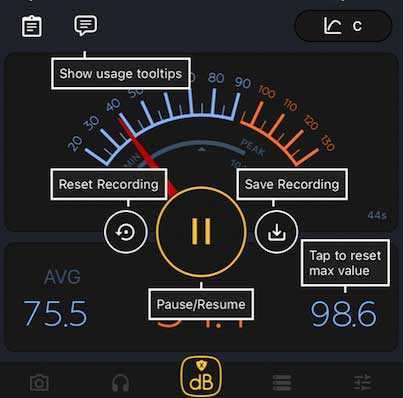 I learned a lot from this test and plan to use it as a baseline for future tests. But first I will shoot for accuracy with the open sights.