Today we test the HW 50S that has received the Vortek PG4 SHO tuneup kit. For all who have wondered what it’s all about, this test may tell us.

I will test the velocity, the cocking effort and the trigger-pull. You may remember that when I installed the kit I also adjusted the trigger, so there is that to consider. And finally — is this kit worth it? Let’s get started.

I had rotated the rubber mulch pellet trap box so there were no impact holes on the face I was shooting at and I fired the first shot. Nothing. No velocity recorded and no hole in the box. Either I missed a huge box from 5 feet away or the pellet did not exit the bore. From the breech I looked down the barrel with a flashlight and saw nothing, as in no light shone through. The pellet didn’t come out.

In more than 30 years of tuning spring-piston airguns this is the first time this has happened to me. And at this point I didn’t exactly know what had happened. I got a .177 cleaning rod and pushed out 4 pellets that were all sitting at the muzzle end of the barrel. One was mashed from being hit by others behind it.

What was happening? I took my protein pills but I lost communications with Ground Control. Am I experiencing every first-time airgun tuner’s worst nightmare, as in “What do I do if…?” Cool! Because I know what to do.

You know how I write these reports partly for you and also partly for me? Well, this one’s for me. Because I saw this coming — sort of — and I said several things about it beforehand. Yes, I did. Let’s see.

From the last report I said this:

“I snapped the new piston seal on the end of the piston. It seemed smaller than the factory seal, so I assume the parachute will expand rapidly to seal the compression chamber. We shall see.”

I was so surprised by the fit of that piston seal that I even showed you a picture of it. 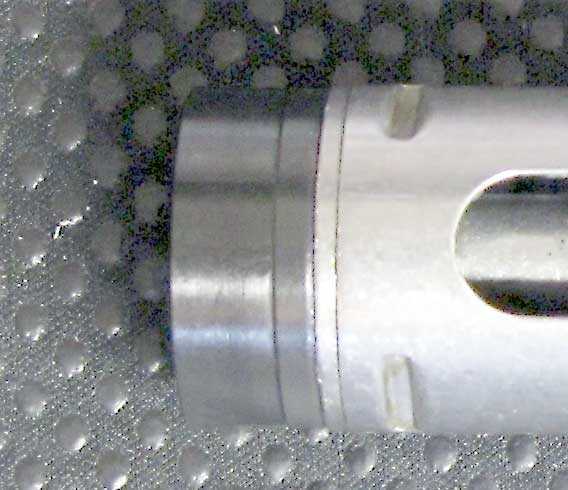 The new piston seal is the same size as the piston. It’s smaller than the factory seal.

“Now slide the piston into the spring tube. You will find that with the new piston seal it slides in without any resistance.”

Well, that’s the first time that ever happened! And here is the deal.

This kit came to me from Vortek in a sealed package. The piston seal was inside the package with the PG4 SHO kit. Right or wrong, it is the seal that was sent with the kit and the seal that I installed.

After a tuneup I always test a spring piston rifle by cocking and firing it several times. Obviously I do this with a pellet loaded in the barrel. I did this in my office into a pellet trap that’s loaded with duct seal and already has several hundred pellet holes. Now that I think about it I never did see where those pellets went in the trap, which is sort of like saying, “Other than that, Mrs. Lincoln, how did you enjoy the play?”

However, when I rodded out the bore, all those pellets came out with the one I had just tried to chronograph. Like I said before, one was smashed and three weren’t. 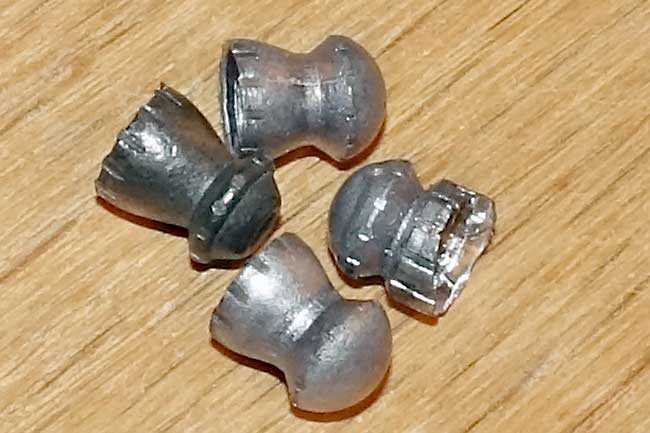 When I rodded the rifle barrel this is what came out.

I am an airgunner, which by definition means I am also slightly crazy. The definition of crazy that I’m using today is doing the same thing over and over and hoping for a different result. The third time I shot the rifle I got my result. The shot missed the second skyscreen, but let me show you the pellet on the box. Yes, I said ON the box! 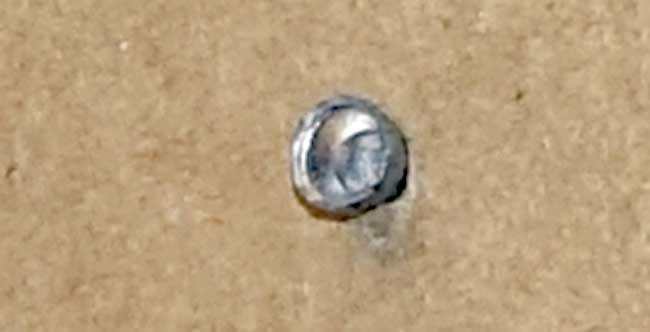 The pellet penetrated the box, partially.

Okay, my cardboard chronograph tells me this pellet wasn’t going very fast. Don’t gotta know much to make that call.

And, I am an airgunner, so I shot again, and again. I was hoping the rifle would heal itself. Don’t laugh — I know some of you guys do the same thing! 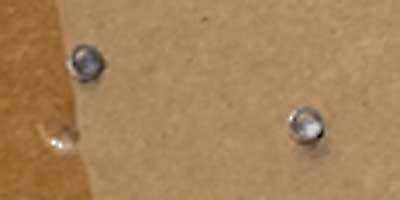 The chronograph said 103 and 139 f.p.s. Hmm. I bet the Vortek PG4 SHO is probably supposed to go faster than that. And I also bet it’s not supposed to have a big jolt when it fires. Whatever could have happened?

I bet when this kit was packaged someone grabbed the 25mm piston seal for an HW 30S instead of the 26mm seal for the HW 50S. You know, I have never made a mistake myself, but I have been told that others sometimes do.

So, I waited until the sun was up and put in a call to Vortek. Surprise, surprise — Tom Gore said he was about to call me. He read Part 5 of this report the evening before and saw that I had installed a 25mm seal on the piston. He wanted to tell me that this seal will probably not work at all, plus the rifle will fire with a big jolt as the piston slams into the end of the compression chamber without a cushion of air to stop it. Imagine that!

He will put the correct seal in the mail today and I will replace it as soon as I can get to it. Then I will redo today’s velocity test as I stated in the beginning.

Today’s event was a blessing in disguise. It was because in the almost 18 years this blog has run there has never been an instance where I made such a huge mistake. That fiasco with mounting the scope on the Eagle Claw rifle back in August was a biggie, but this one is bigger still.

Granted this wasn’t just my mistake; I had help making it. But this should show you guys who want to dig into a spring gun but are afraid that you don’t know what you don’t know and somehow that’s going to bite you, that everyone gets bitten, sooner or later. When stuff is supposed to work and doesn’t it may not mean that you have done anything wrong. You may have had help.

I’m glad you got to look over my shoulder today. I hope this encourages you to make some mistakes of your own. 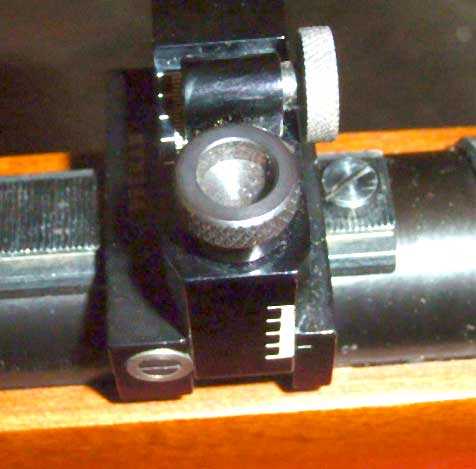 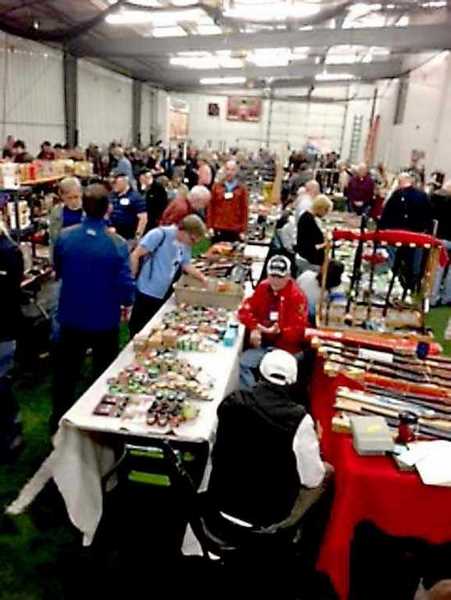