When BB Pelletier gets blessed he is very appreciative. But sometimes the blessing is special — very special. Sometimes it’s a blessing in disguise! This series, which promises to be long, is such a blessing.

Several months ago I told one of our readers that I would “tune” my TX200 Mark III. I say, “tune” in quotes because TX200s seldom need anything done to them beyond shooting. It was on my short list of things to do when another reader reminded me the day before yesterday and I acquiesced, which is a snooty word that means I caved.

I have several things I want to do. Today I will baseline the rifle’s velocity, so we know where we started, and then I’ll disassemble it for you. Then I will clean it out, re-lubricate and assemble it and then test it again to see if there were any changes. Then I want to mount my brand new Meopta MeoPro Optika5 4-20×50 RD BDC3 scope and shoot it for accuracy. Yes, that is a new Meopta scope I haven’t mentioned before! Lucky BB now has three Meopta scopes in his possession! The TX200 is the most accurate spring-piston pellet rifle being made today (with challengers like the Walther LGU coming close) and BB has spent entirely too long away from this fine airgun. 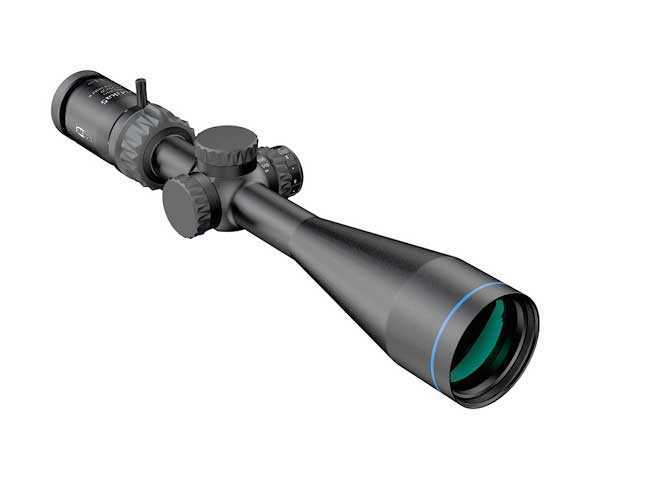 BB will mount the Meopta MeoPro Optika5 4-20X50 RD on the TX and test it for accuracy — the rifle, not the scope. The scope is a Meopta and we know it does what it is supposed to.

I had chronograph problems today, but let me show you the 8 velocities I was able to record.

This isn’t the rifle that I remember. It’s still very smooth, but the velocity is off and the extreme spread is way too large. Let’s disassemble it and see what we have.

Like every spring-piston rifle I know of, the barreled action has to come out of the stock first. There are two triggerguard screws and two forearm screws to be removed.

The barreled action is out of the stock.

The trigger stays in the end cap

In the TX the trigger stays with the end cap, so if it doesn’t need anything you can leave it alone. Mine is fine so that’s the last we will see of it until assembly. I will show you the end cap in a moment. If you wanted to remove the trigger, the cross pins are in the end cap, and you can see them, once the cap is out of the rifle.

There is just one more thing to do to disassemble the rifle. The threaded bolt that receives the forward triggerguard bolt also holds the end cap in the rifle. Remove it and the rifle comes apart as far as we need. 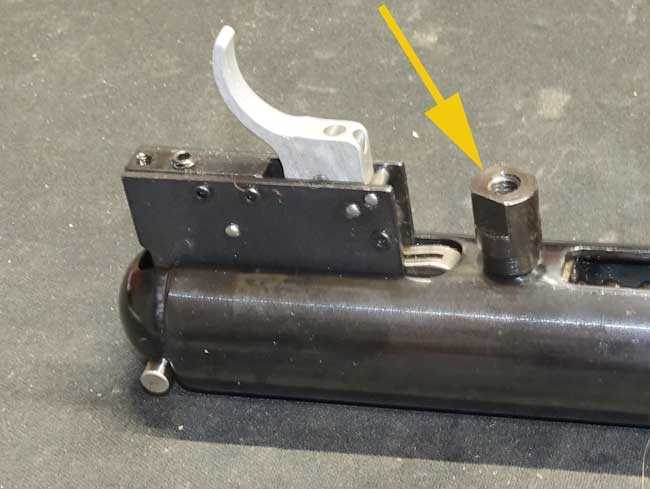 The threaded bolt (arrow) holds the rifle together. Remove it while restraining the end cap and the rifle is disassembled.

This bolt has two flats that don’t need a metric or SAE wrench of any kind. They are made to accept the jaws of a Crescent wrench. Air Arms must know something about airgunners. Yeah, the jaws also fit a 10mm open end wrench, but if you use one I will have to suspend your man card for a week.

We need to restrain that end cap as we unthread that bolt. Stand the barreled action up on the end cap (padded to keep from scratching) and press down on the action lightly as you remove the bolt by hand. 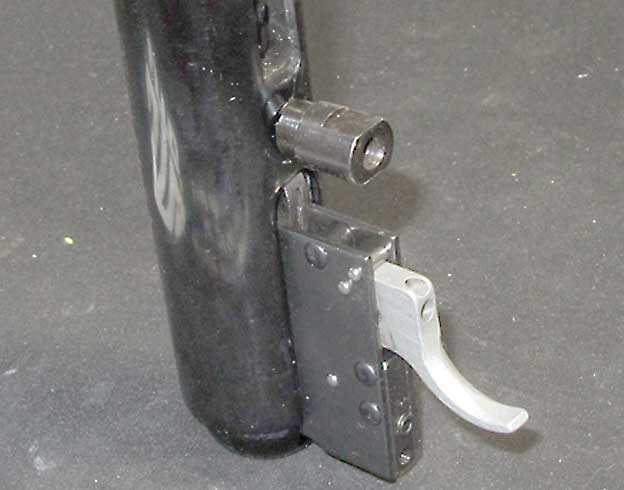 That bolt is now loose. Press down on the barreled action lightly and unscrew the bolt the rest of the way with your fingers. 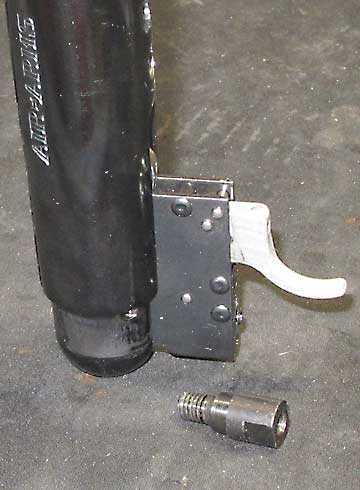 The bolt is out and that’s all the farther the end cap comes out! The rifle is now disassembled.

If there is a spring piston air rifle that’s easier to disassemble, I don’t know what it is. You can now slide the end cap out of the rifle and the mainspring and piston will also come out on their own. Ain’t life grand? 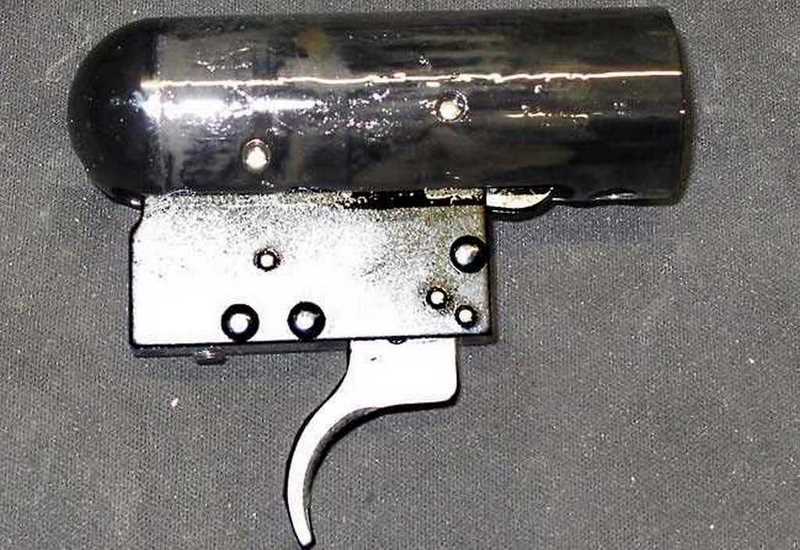 The end cap comes out and carries the trigger with it. As you can see the trigger assembly is pinned inside the cap. If you wanted to get the trigger out, now is your chance.

You can now pull the spring guide and mainspring out of the rifle.

Oh, oh! That’s black tar. Apparently it has been a LONG time since I was in here!

The TX200 has a sliding compression chamber that is linked to the underlever by a cocking link. The piston isn’t hooked to anything and is therefore free to come out. And it does at this time. If it wants to remain in the chamber, just tap the open end of the barreled action on a padded surface and it should slide right out.

One part of the tuneup is to check and even renew the piston seal, if needed. Is that the case for this rifle? Let’s see. 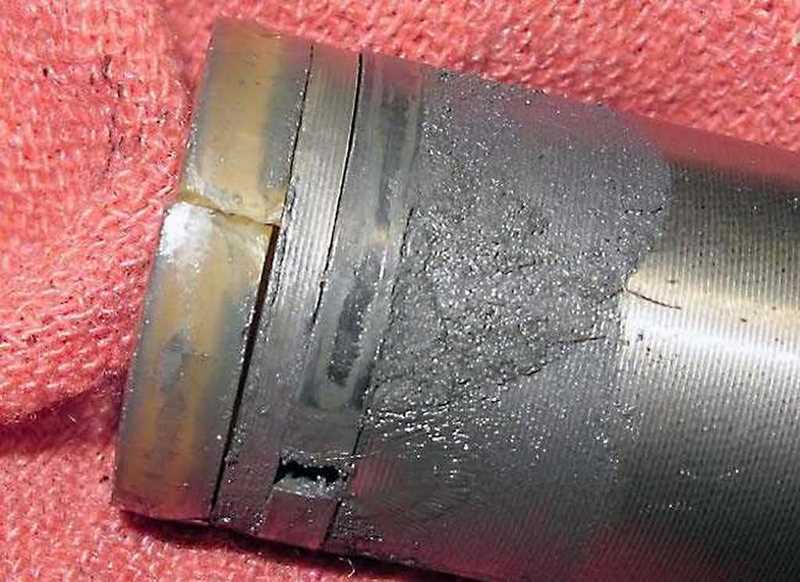 Oh, oh! You don’t have to be an airgunsmith to spot the broken piston seal.

In fact the piston seal had hardened and broke into small pieces as I touched it. It was only a seal in shape, not operation.

The TX piston has a ring at the rear that also has a bearing. It rides inside the spring tube to keep the piston centered in the compression tube bore. You can also see the central piston rod that engages the trigger when the rifle is cocked. No matter how the piston rotates the rod is always ready to catch and hold it.

This TX really does need some work. Why didn’t you guys hound me to get this done? Just joking, but it’s a good thing that I opened this gun up.

The black tar may have cost the rifle 30-40 f.p.s., but that broken piston seal is the reason the velocity was so low and also all over the place. It’s remarkable that the rifle still shot smooth, but I lay that to the design of the powerplant. Now there is even more to be done when I tune the rifle.

Please note that I used moly grease when I tuned the rifle the last time. So much has changed in the years since I last lubed this powerplant. Tune in a Tube was created and Krytox is used sometimes in place of moly.

This rifle needs a LOT of cleaning! That job will take some time because the black tar is sticky stuff. I won’t bore you with the details, but the next time I write about the rifle I will bring you up to speed.

I ordered a new piston seal from Pyramyd Air. I could have gone with another Vortek kit, but I thought spending $25 ($12 plus tax and shipping) instead of $100+ was the best way to go. Besides, TX 200s don’t vibrate, so what is there for a special kit to do?

As I said in the beginning, today was a blessing in disguise. Now you know why. It means there will be even more for you TX200 lovers to pore over. And it means I will get my baby back to where she belongs! 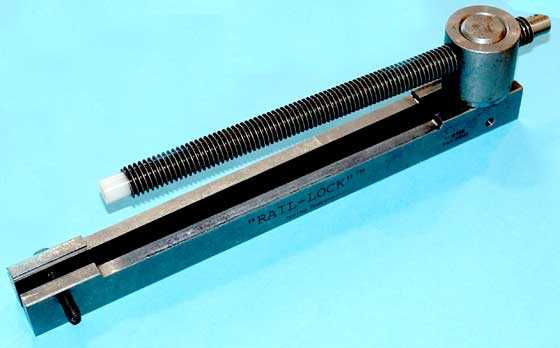 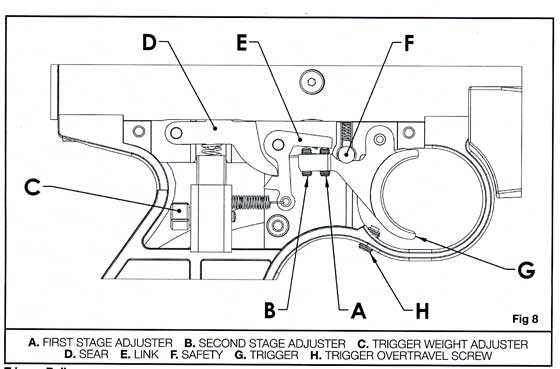 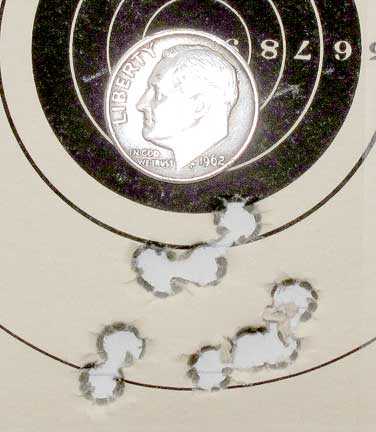