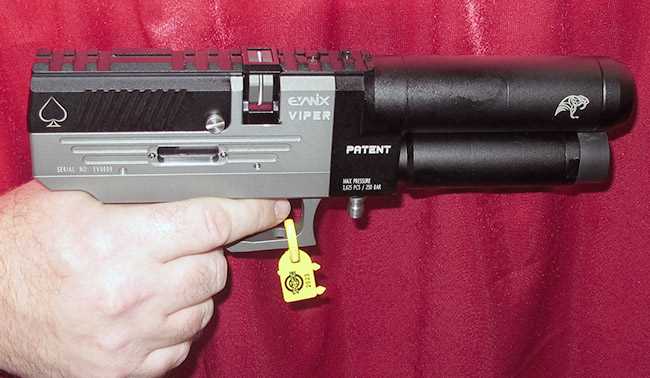 Today we continue looking at the 2023 SHOT Show and there is one more report yet to come.

Remember my comment that the crowds were smaller this year? Well, today they weren’t. It almost felt like a first day. Go figure!

I have to correct something in the Day 2 report. I called that concealed carry firearm a Three Ounce pistol. It isn’t. It’s just an Ounce pistol. They used the international symbol for the measurement “ounce” in front of the word Ounce on the literature and I thought it was a fancy number three.

The cover of the Ounce pistol brochure.

Okay, let’s see some more of the show!

Viper — The Viper is a new precharged pneumatic (PCP) pistol that comes in .177, .22 and .25 calibers. It is semiautomatic and has a 7-shot rotary magazine in all calibers. 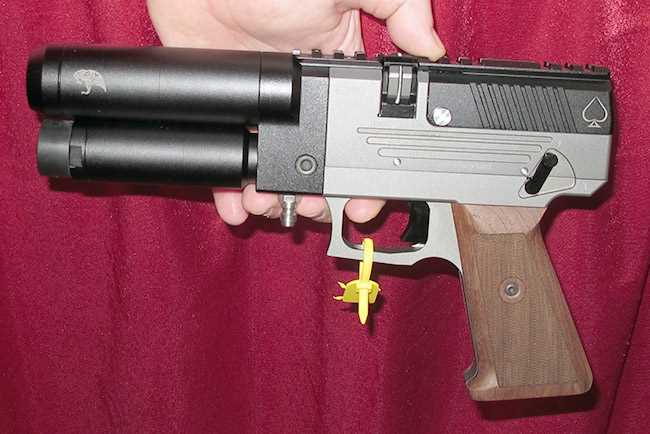 Rex S — I also saw the Rex S which is a Rex pistol bored out to accept 28-gauge shotshells. The Rex rifle also gets this treatment, resulting in a 28-gauge shotgun that shoots a charge of shot at up to 1,300 f.p.s. for the long gun and 1,000 f’p.s. for the pistol. 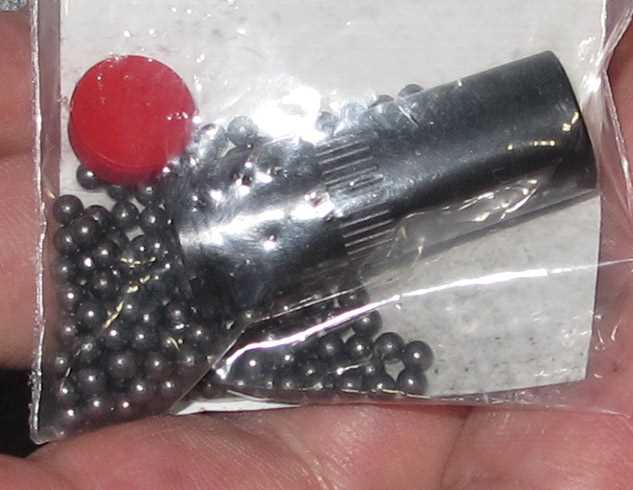 Here is the shotshell and a charge of shot that goes in the Rex S pistol.

My next stop was at Action Sport Games. They showed me a pistol that looks very much like a Glock but is actually called an ISSC. Now get this — ISSC is an Austrian firearms manufacturer, just like Austrian Glock and their handguns look like Glocks. But they’re not. They are ISSC.

ISSC M22 — This is a CO2-powered BB pistol that comes in either a blowback or non-blowback model. It should be out later this year and I will test it for you. 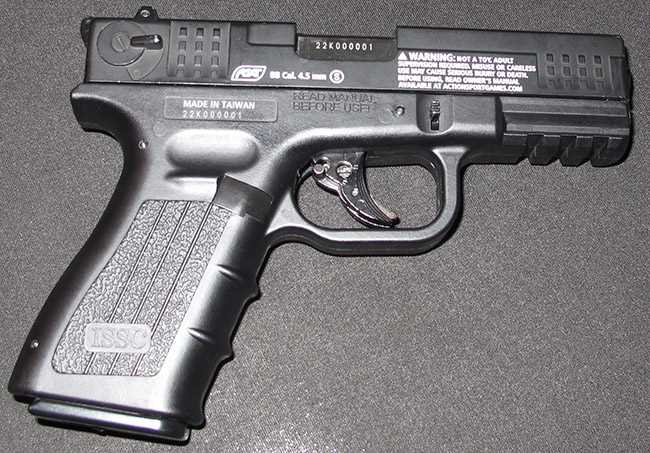 ASG will bring out the ISSC M22 later this year.

Just a side comment — the security at the show was much tighter this year than ever before. There were service dogs everywhere. I bet I saw at least 40 of them. Also, at my hotel there were guards on all the guest elevators, asking to see your room card/key. I know that Vegas has had problems in the recent past, but I could tell they aren’t quite sure what to do about it.

My next stop was at Hawke, the scope manufacturer. I saw a scope with not less than 8-inches of eye relief! Called the Vantage Turkey Dot, it’s a 1-4X20 that you hunters should look into when it comes out.

What this scope will do for airgunners is allow them to mount it forward of the back of the rifle. It’s a little longer than a Bug Buster and probably ideal for some guns like the Dragonfly 2. It will probably sell for $220.

At the AirForce booth I ran into Joshua and Mirfee Unger. Josh is the founder of Pyramyd Air. They came as a surprise to see AirForce and also to see the folks at Air Venturi. 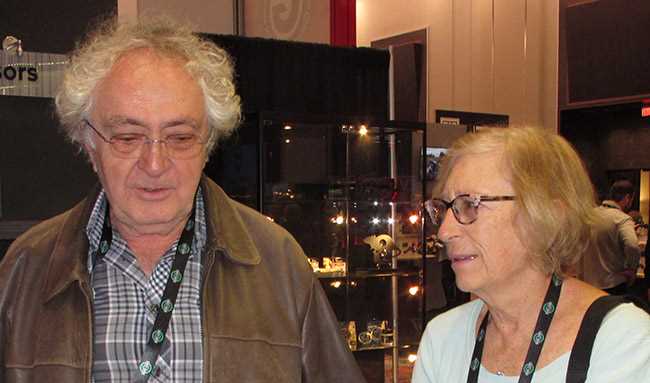 Josh and Mirfee Ungier. Josh founded Pyramyd Air and Air Venturi. They enjoyed being back at SHOT once again.

My last stop was at the Survival Airguns booth. Their name includes two words I don’t expect to hear together — survival and airguns. This I had to see.

Zeus — The Zeus is a .72 caliber (12-gauge) rifle that I was told develops 1,500 foot-pounds of energy at the muzzle. If it can do that it is hands-down the most powerful air rifle in the world. 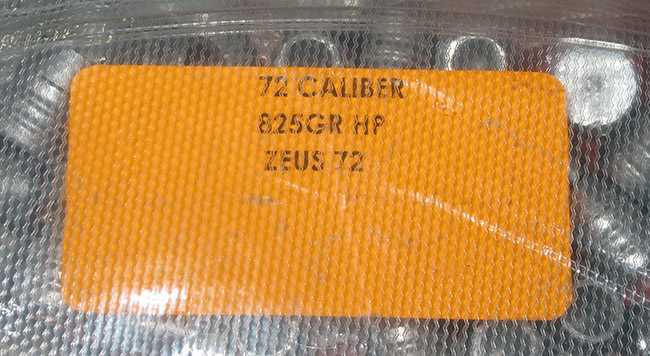 And that was the show. But for Monday I’m writing one more report that catches most of the things that haven’t yet been in the reports of the last four days. This SHOT was good, and I can see the industry is changing. Some companies are growing while others are fading away. I guess that’s life.