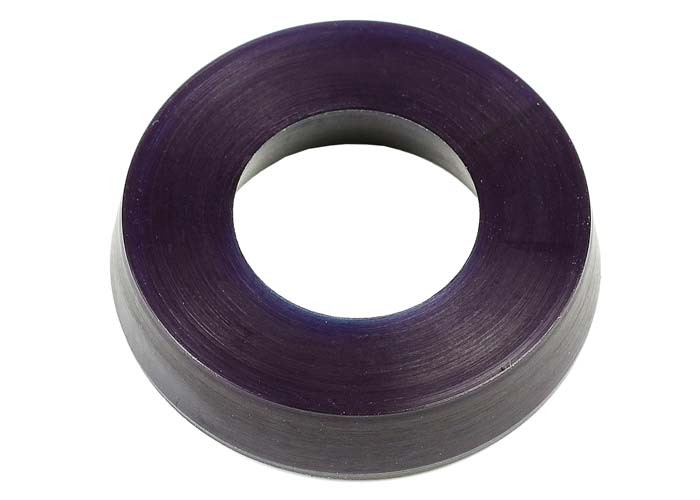 The replacement is the "blue nylon", has a little moly sulfide in it. Should be self lubricating, but add a tiny bit of lube anyway.

Heat it with a hair dryer, slides right on.

Seems to be a much better seal than the factory o.e.m. although I have not installed as of yet. The original seal has a pit that I discovered when tuning the rifle. When the seal totally fails, I plan to replace. Still averaging 914 fps on the chronograph shooting 7.4 grain pellet so not there yet.

Should be a better shipping method as the shipping nearly 3/4 cost of the product. USPS should be much cheaper I would think.