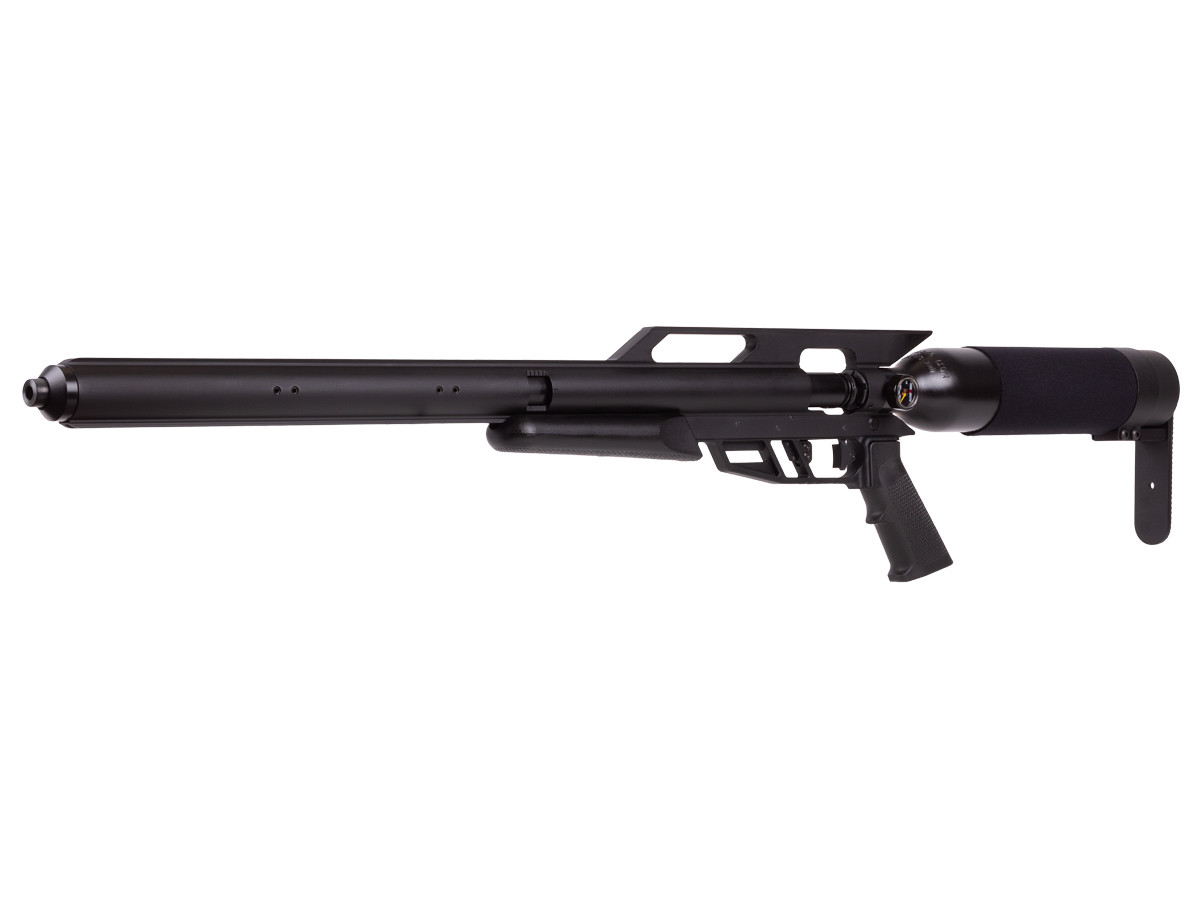 Everything about this gun has exceeded my expectations! Very accurate!

Get rid of the dovetail and go picatinny.

Take a look at my video review. https://www.youtube.com/watch?v=c5V0HXD4XW0

So far very pleased with the rifle, but honestly I dont have much to base that on. Hopefully I'll get to shoot it soon! (More on that later). Seems to be well built. Easy assembly.

As others have said, ditch the dovetail and go with picatinny. Also it would be easy/inexpensive to add a couple sling points. FIND A NEW CARRIER!! FedEx isn't doing you any favors. My rifle arrived after 5 days (not 3 as advertised), and the box looked like it was washed up on that island with Tom Hanks and Wilson!! Water damage, crush damage, very disappointing. In addition, my order was split into 2 separate orders and even though they shipped the same day, the second order (scope, tank) arrived 2 days AFTER the rifle. My first 4 boxes of ammo should have been in that first order as well, but........

Well 1st....I ATTEMPTED to place my online order Sumday evening before new years' trying to get delivery by Thursday, 4 days later. When trying to check out there was some kind've problem with the website so my order didn't go through. Customer service was apparently overloaded the next day and I was unable to get through. Finally on Tuesday I was able to speak with someone and got the order placed. I WILL say the person I spoke with was very helpful. Took delivery of PART of my order on Monday (6 days later). The pellets I ordered were not in the delivery, and a retainer clip was missing from the rifle cocking lever (of course, no fault of Pyramid). The next day I got the pellets re-ordered and contacted Air Force for the missing parts. Air Force was very helpful and I received the parts less than 48hrs later. Needless to say, I sit here 11 days after my original order attempt and still am unable to shoot my $1000 rifle due to shipping delays with the SECOND pellet order!