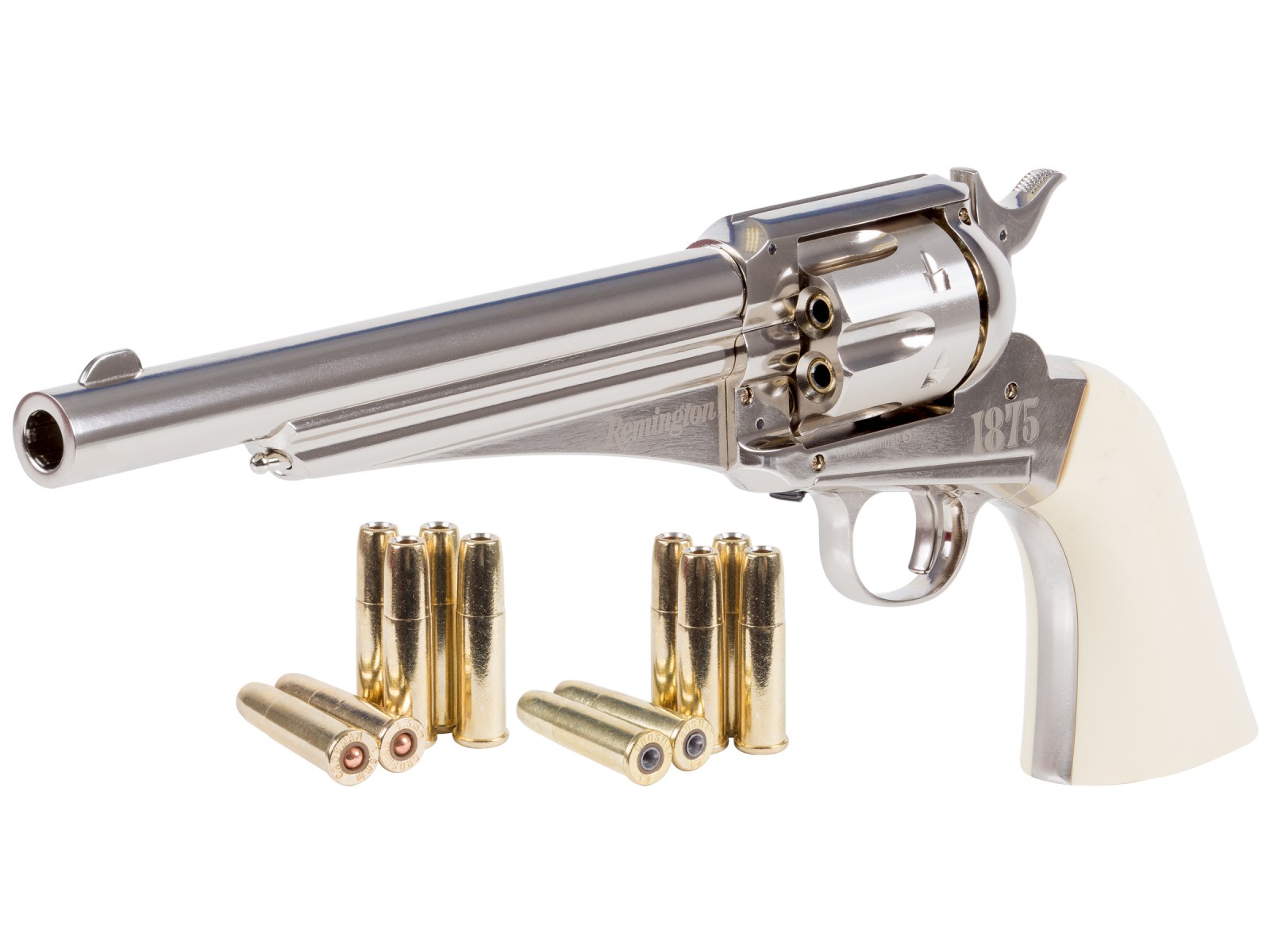 mine arrived today, disappointed with cheap packaging the gun was in, gun overall looks great, weight is good, gun finish is great, cylinder is tight, hammer cocking is smooth, trigger pull is smooth, grips are good as I have large hands, fit and feel is nice, gun shoots great with bb's didn't try pellets as of yet. I have a crosman Shiloh 1861, and this Remington is a great addition to compliment that gun, showing how far these guns have evolved.

just be safe and shoot often

fix it to shoot pellets (tried 5 brands, none worked

this is NOT duel ammo, it will not shoot pellets and is not good with steel BBS