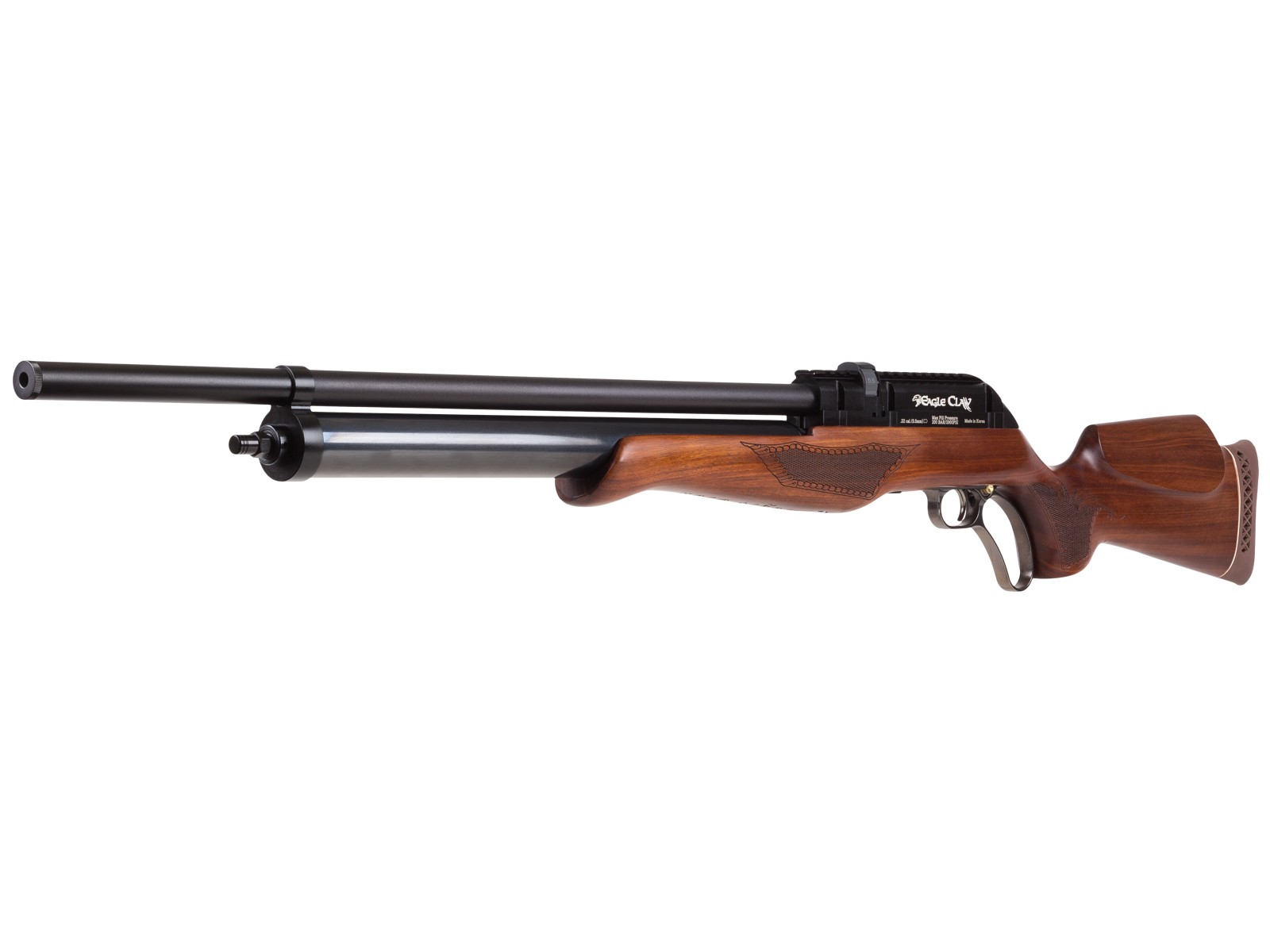 The gun is really accurate and has plenty of power . This will make a good hunting rifle and I think I will really like it especially the quick lever action .

Maybe a little lighter trigger and a better check valve in air tube.

I like a lever action. Just want one that works.

Make sure the gun works before you sell it. This is the second one for me. The first one lasted 4 shots before it stopped working. The second one, which was a new replacement of the first one, lasted one shot.

This is not my first air gun. I have a substantial collection of them. This is my last Seneca Eagle Claw. Twice burned, forever learned.