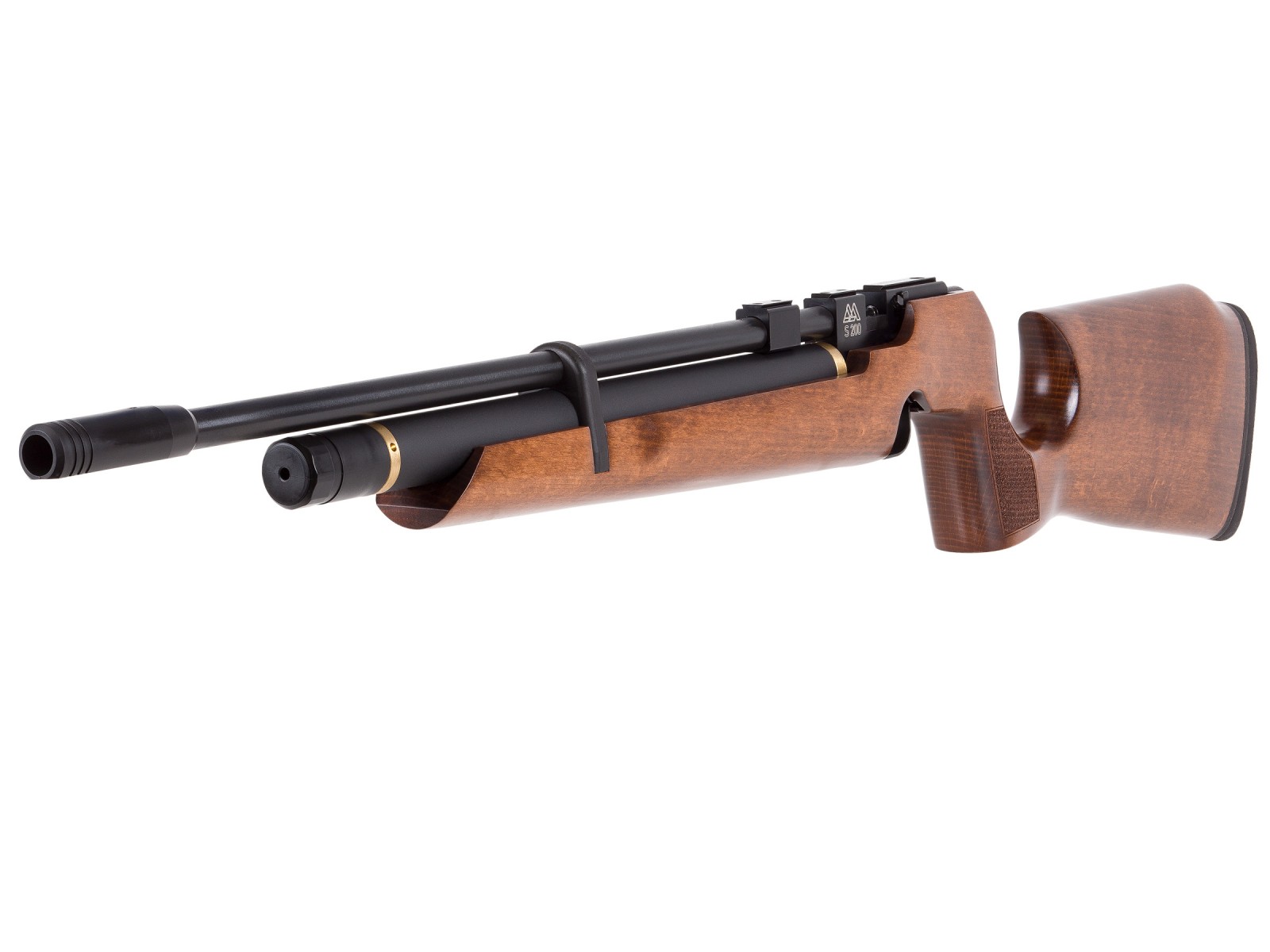 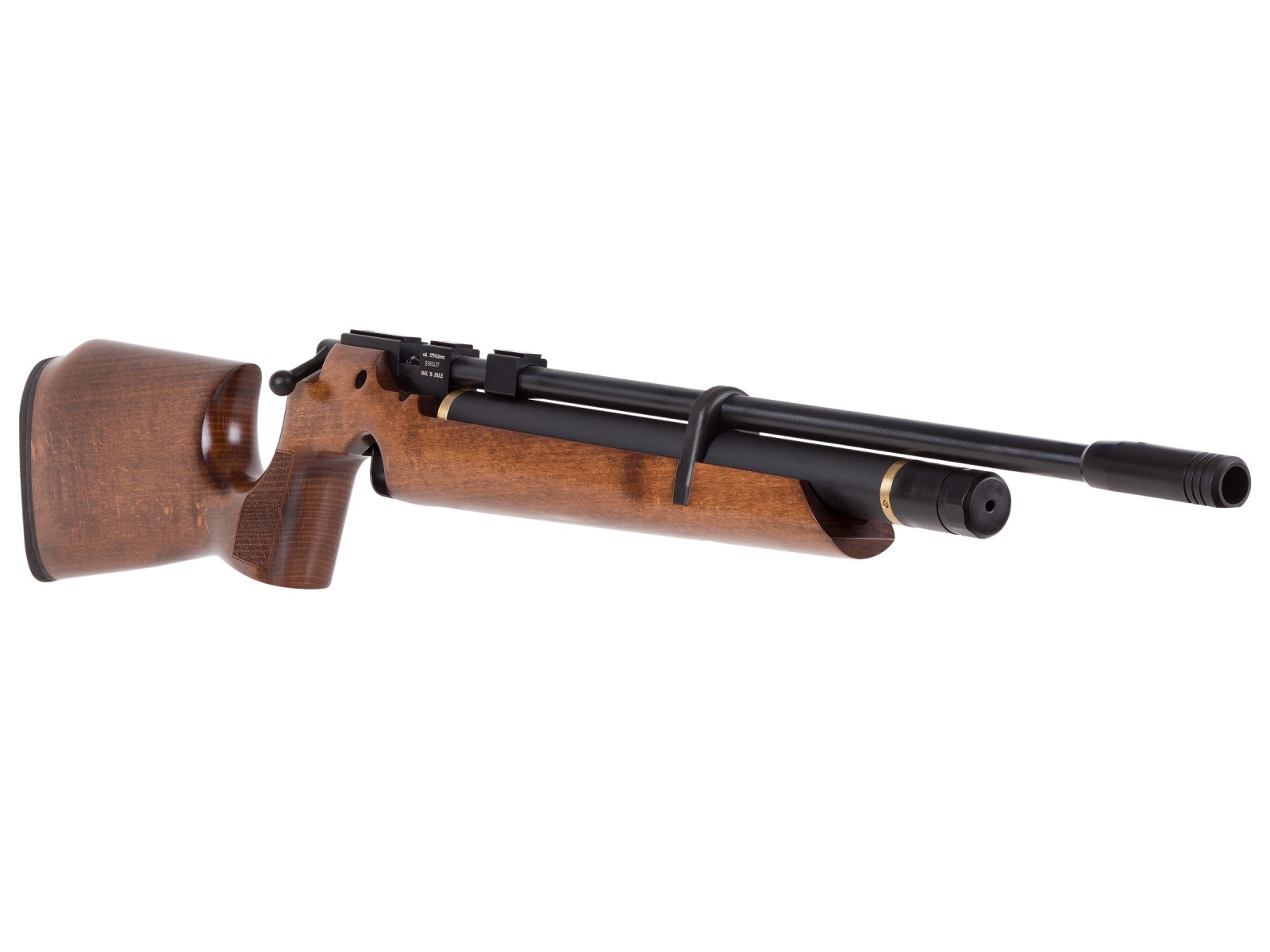 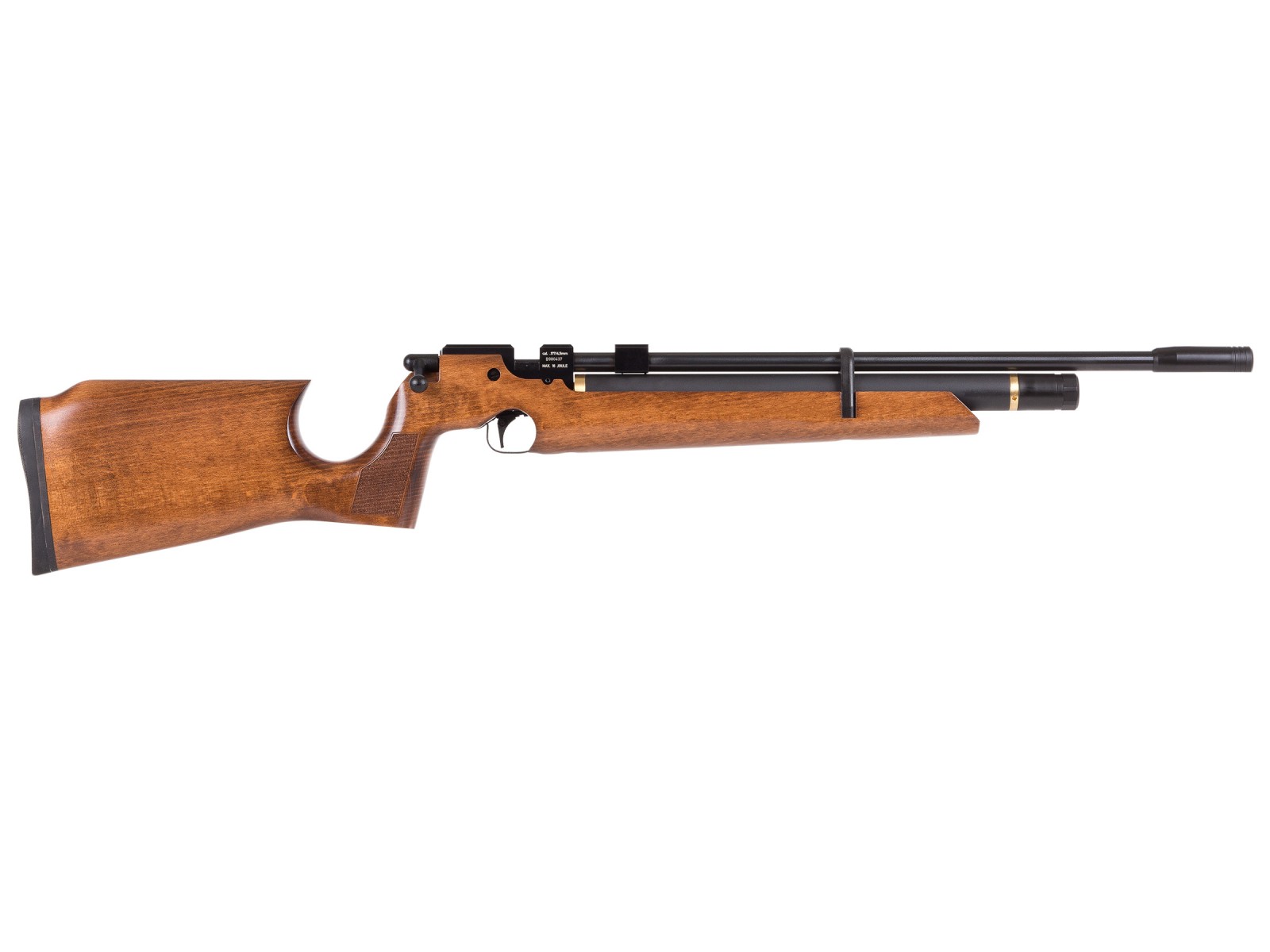 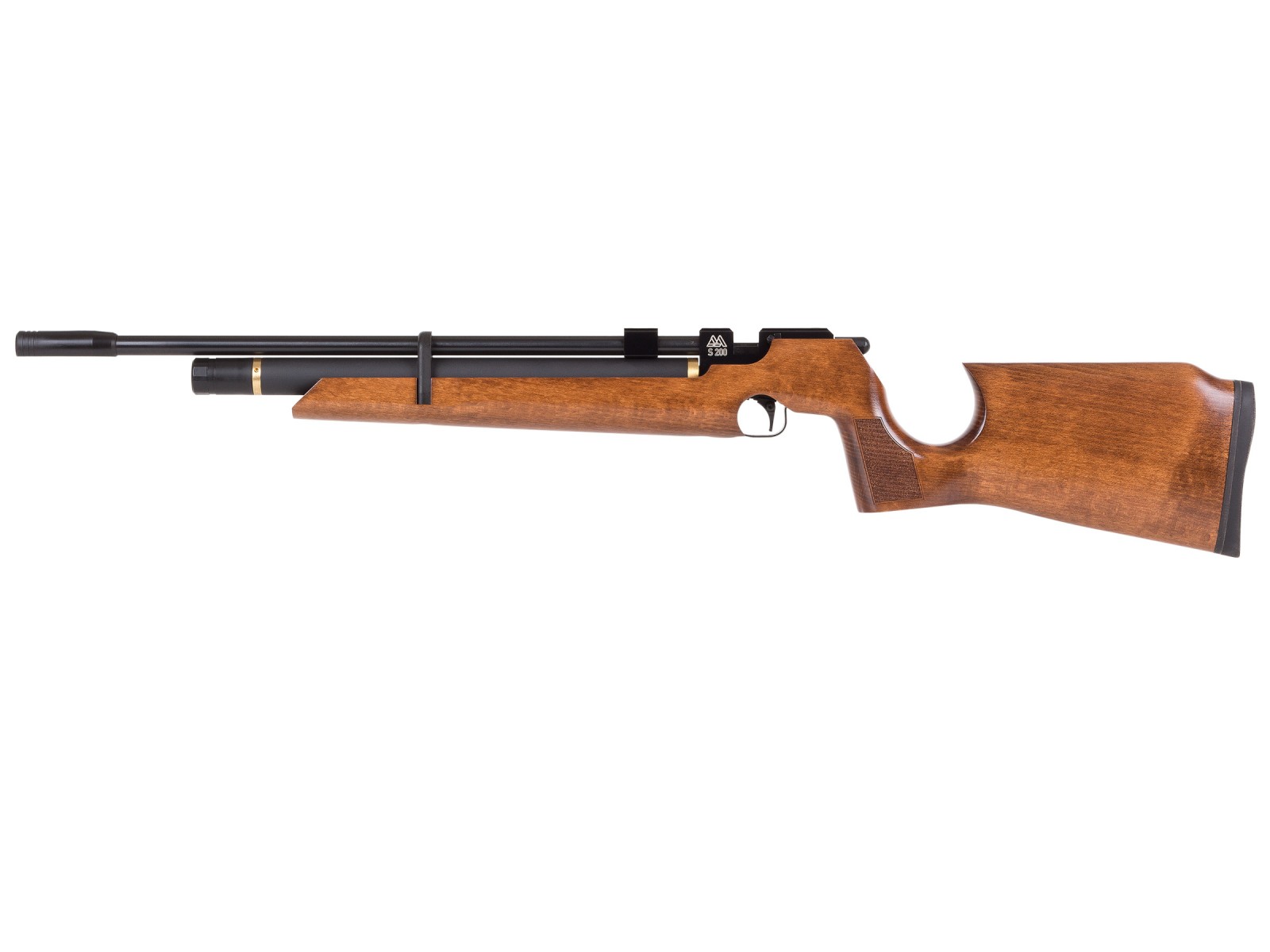 The S200 provides a low cost introduction to pcp shooting that is small in size but big on performance.

Use this gun for hunting very small game at short and medium distances and field target. It's lightweight and comfortable to hold.

No open sights or scope included. Front muzzlebrake is plastic and doesn't have a dovetail for adding an open sight.

Click on the AMMO link for suggested pellets and the ACCESSORIES link for scopes & mounts, targets, glasses & more.

Ideal for field target, especially if you want to shoot at the international level, which has a maximum of 12 ft-lbs (about 800 fps in .177 caliber).

Not much... as good as it gets for a reasonably priced, high quality sub 12 fpe rifle.

Thank you for your comment!
Whats the shot count?
Add comment to this review
November 21, 2016
By doug

Light weight easy to shoot all day. I am using mine for field target with a small scope (Hawke Air max 4-12x40 )and it's perfect for Hunter class.

Include the 10 shot option for the ft.version instead of having to buy it separately. (Not really a big deal but the 10 shot conversion was back ordered when I got my gun and I'm still waiting for it....very hard to load pellets without it when the gun has a scope on it.)

VERY accurate so far out to 45 yards. Love shooting this gun. Would buy again. Get the 10 shot conversion if you plan on putting a scope on it.

The AA S 200 FT is wonderful. I got mine indirectly from PyramydAir but love their service always. As delivered the rifle functions well. I have a couple of beefs: The bolt and the first stage of the trigger are a bit rough. I could hone the trigger parts if I wanted; however, I don't want to do that. I am shooting the gun as it came out of the box. I am about 1600 pellets along that path and things are smoothing out beautifully. It is my thought that the extensive shooting will give me the best results for the rough parts. My particular rifle is happiest so far with JSB Exact 8.44 gr pellets. I have not tried the 10.34 gr pellets yet. I had some H&N FTT pellets so I am using those to fill out my first 2600 gun breaking in shots. I have shot more expensive Air Arms guns and so far I prefer this one. I honestly think that this gun can do most of what you need especially if you are interested in Field Target shooting or even Bench Rest shooting; it is that good.

Actually, not much. As mentioned above I suppose CZ could hone the rough parts a bit more. However, that would increase the cost. As stated above it is much more fun shooting the rifle and smoothing the parts gradually. You were going to shoot it a lot anyway weren't you? So have fun while you're making the gun better. One thing they might do that would also increase the cost of the gun is the inclusion of a moderator; this thing is loud. I shoot mostly in my back yard so have ordered an after market moderator. I'll bet that CZ could work out a moderator that costs less than the aftermarket one I ordered.

Chronograph results: If I fill the air tank to 200 bar (about 2900 psi) and shoot 50 shots the gun gets down to around 1750. That gives me an average of about 790 feet per second, a extreme spread of about 20 and a standard deviation of 9. If I fill to about 2700 psi and shoot 35 or 36 shots I get an average of still about 790 feet per second, an extreme spread of about 10 or 11 and an SD of 5. These results were achieved using the JSB Exact 8.44 gr pellets. (They also grouped better than the H&Ns.) Since most of the competition I do allows me the luxury of refills after about 30 shots (Bench Rest) I have a nice margin of safety. With those results the concept of a regulator seems only marginally useful and probably not worth the money. It was mentioned that there are aftermarket triggers available. After 1600 or so shots I am firmly convinced that there is no way I would spend money on one of those. I am growing very attached to the stock, plastic trigger. It fits my finger very well.

Thank you for your comment!
I am over 10,000 pellets through the gun. I have discovered that the JSB Expresses are the best pellets. Everything is very smooth. I am occasionally getting groups as small as 0.020 CTC at 25 yards. I only use it for Bench rest shooting now. My benchrest techniques are improving along with the size of the groups on average. This is quite the rifle. William (aka: AirGunSpymaster)
An addition to the above: I read somewhere that you can remove the roughness in the first stage of the trigger by adjusting the allen screw just in front of the trigger. It worked. I used my trusty 2.5 mm allen key and kept screwing the adjuster in (clockwise) until the first stage was smooth. I chose to do that in small increments because I wanted as much first stage travel as I could get. Once I accomplished that I was able to safely reduce the trigger pull weight which in turn tightened the resulting groups a bit. William (aka: AirgunSpyMaster).
Add comment to this review
+ Load More