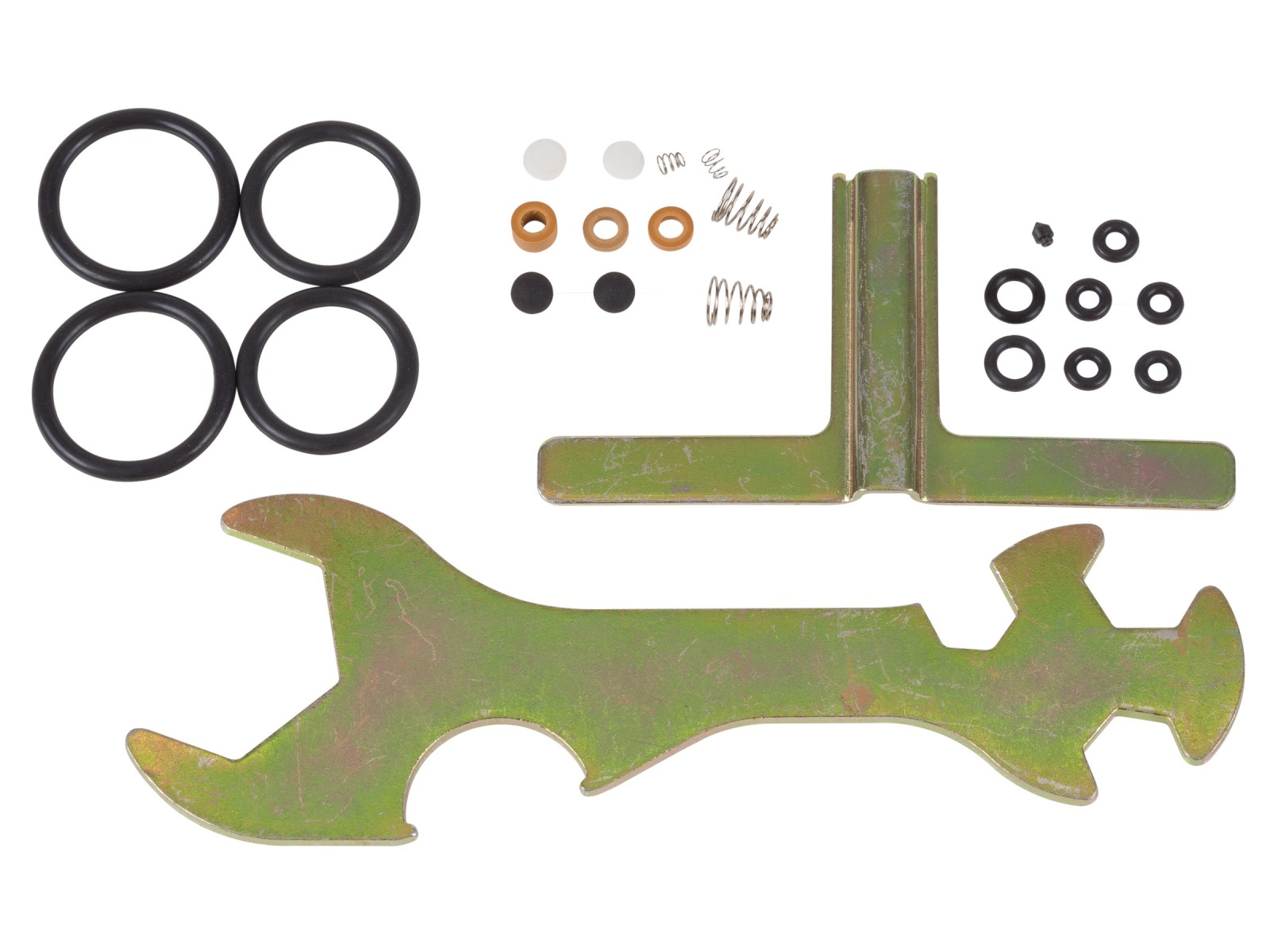 
This kit includes everything you need to reseal your Air Venturi G6 handpump. Each kit includes original seals, springs, and wrenches required to put your handpump in working order.

The kit seriously needs some instructions! And it would also be really helpful if the parts were organized separately and labelled according to where they go on the instruction sheet. Really ought to include some silicone oil in the kit. Failing any of that, the kit should be labelled as not recommended for inexperienced pump builders, as it will be really easy to make all kinds of critical mistakes. In the kit I received, one single o-ring in the 2nd-larger from smallest diameter had a thinner cross-section. I think that was the wrong o-ring as there needs to be a matching pair of those installed in one single location. Finally, there needs to be a 'master' version of this kit that includes the filter media inside the handle and the desiccant beads, plus all the other soft parts?

Also a really serious issue is the o-ring that seals the pump assembly to the base is not present in this kit. There's a loose pile of desiccant beads that go in the base, and a previous owner of the pump had accidentally installed the pump with about 10 beads sitting both on top & under that o-ring. I was really looking forward to replacing that, but the old o-ring seems to be holding even though it's permanently dented & looks like it shouldn't work at all! There's also a few other seals on the pump that are not in this kit, so you really need to be careful with those. Basically, anything that does not have a moving surface acting on it while in use will not be replaced with this kit. The tiny black check valve needs to be installed inside it's return spring before installing. That was another mistake from the previous owner, that valve was sitting sideways because it's base will not just slip into the spring. The kit has a lot of extra parts for one rebuild