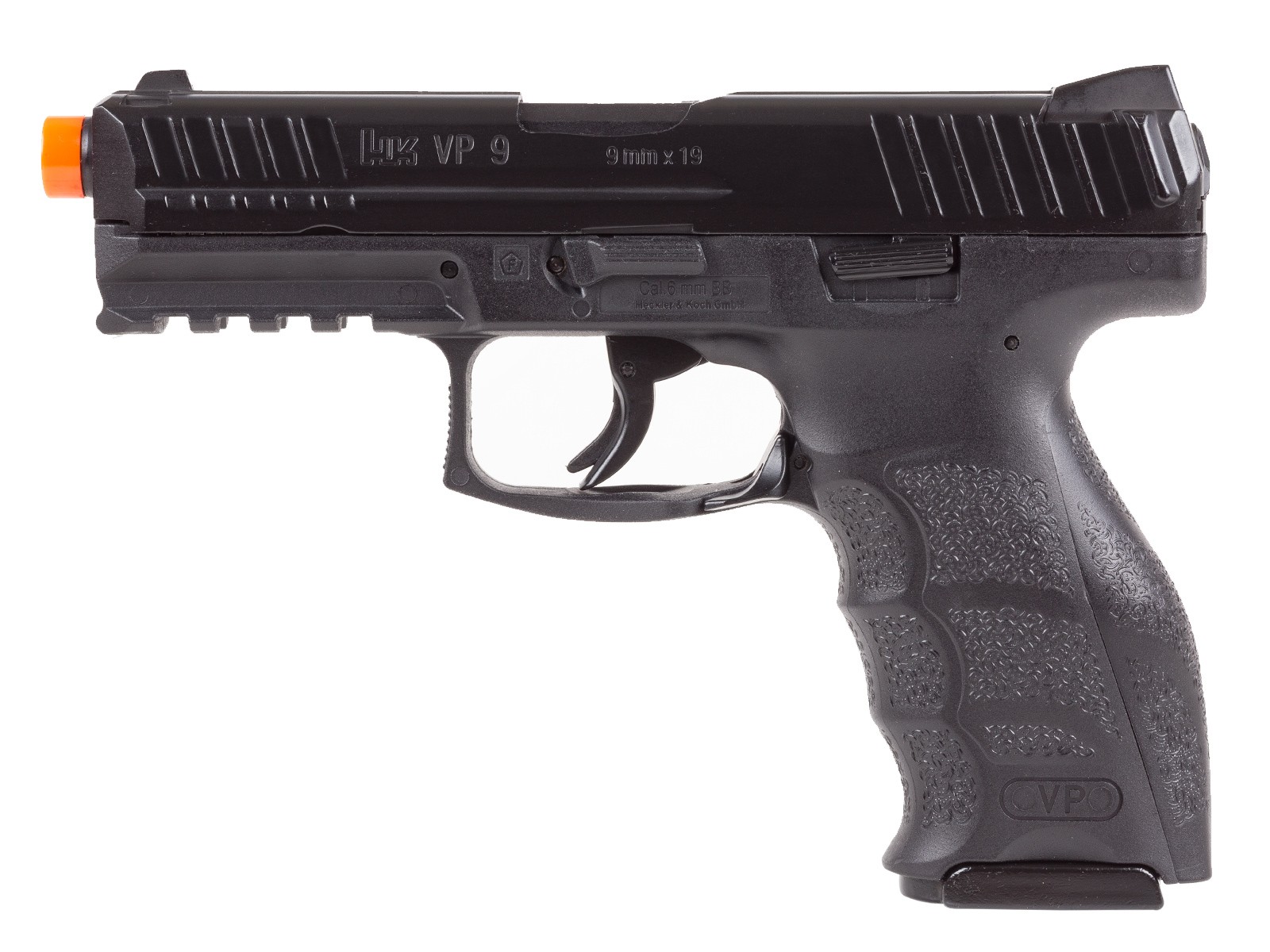 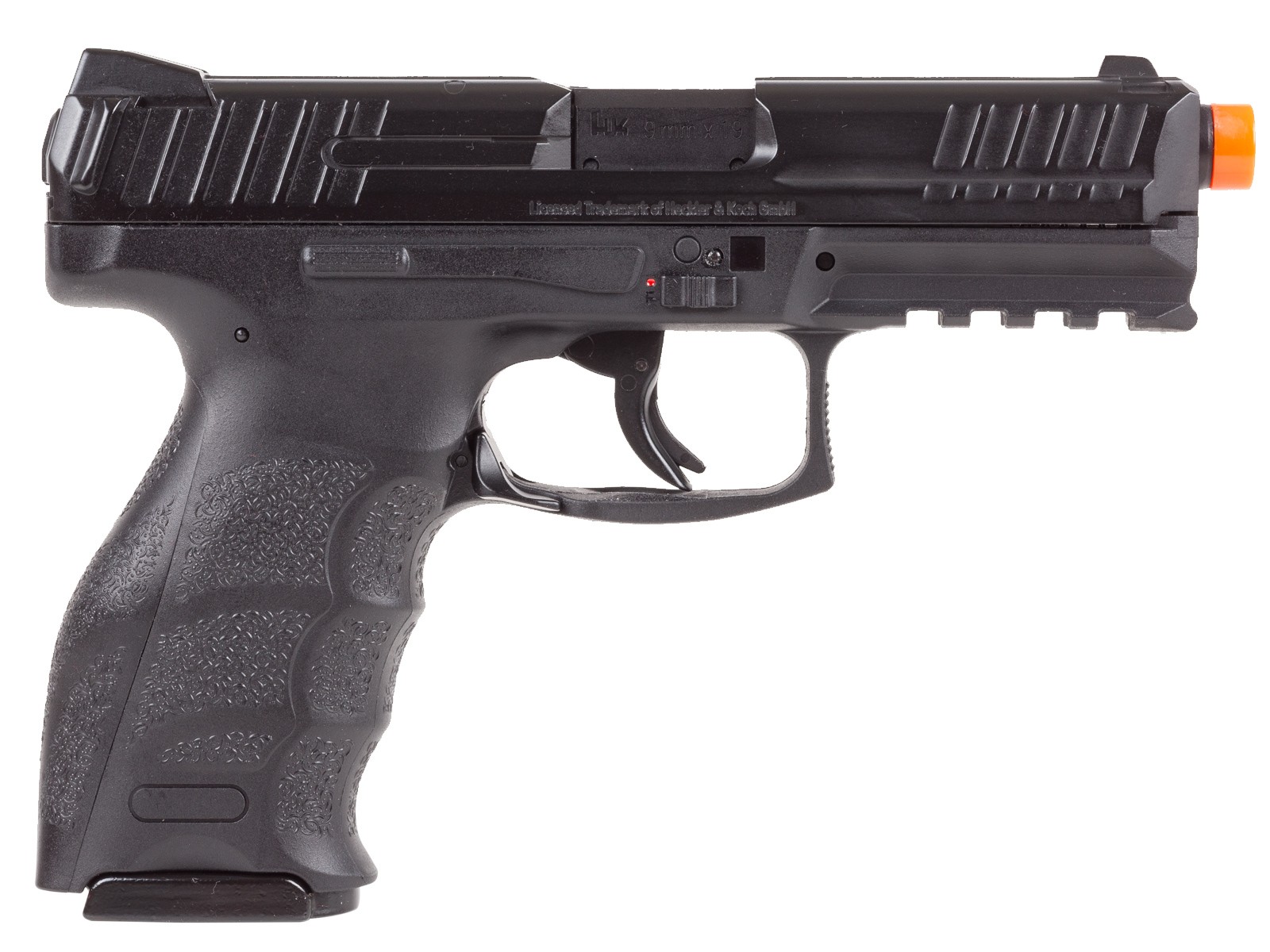 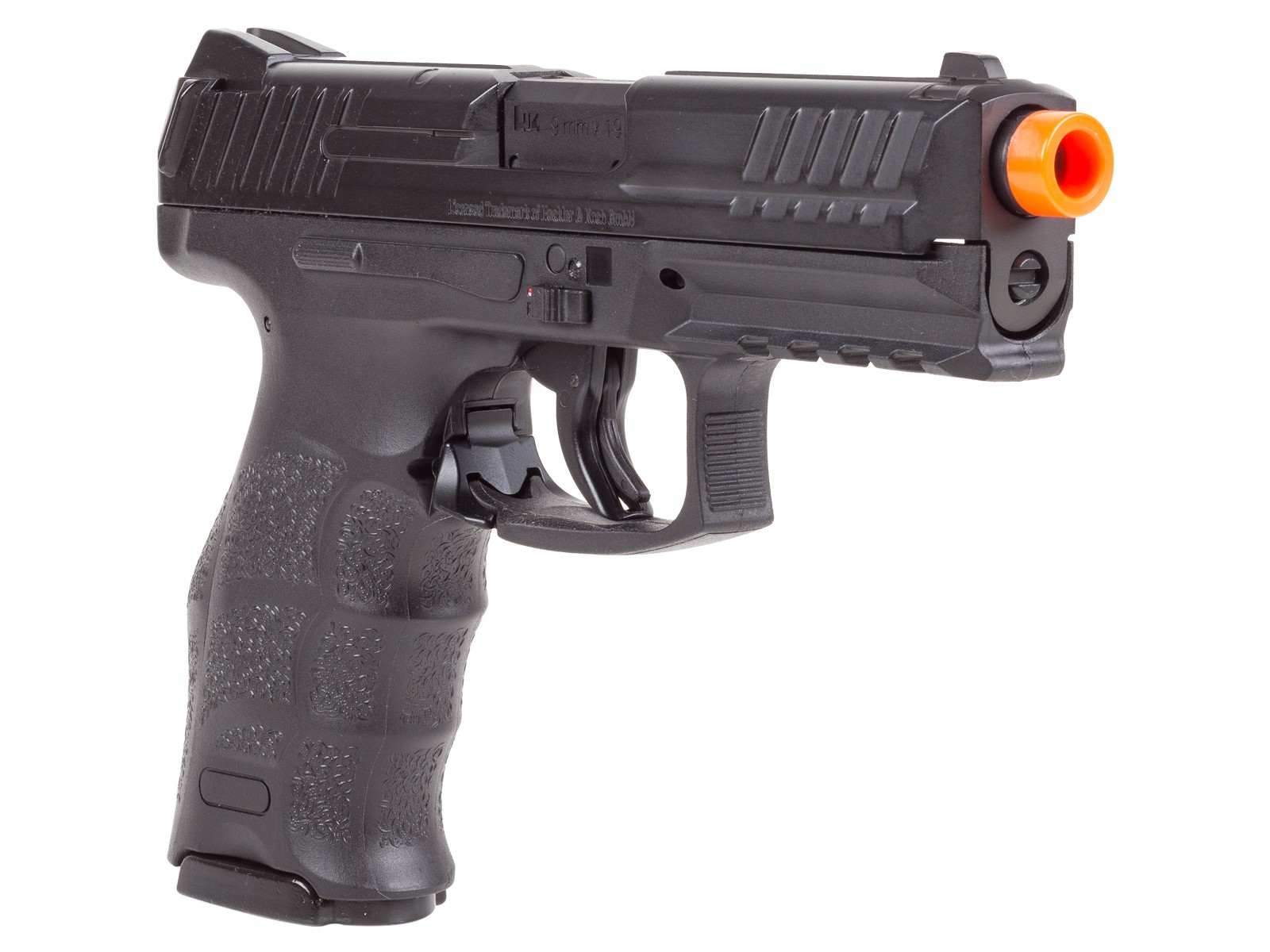 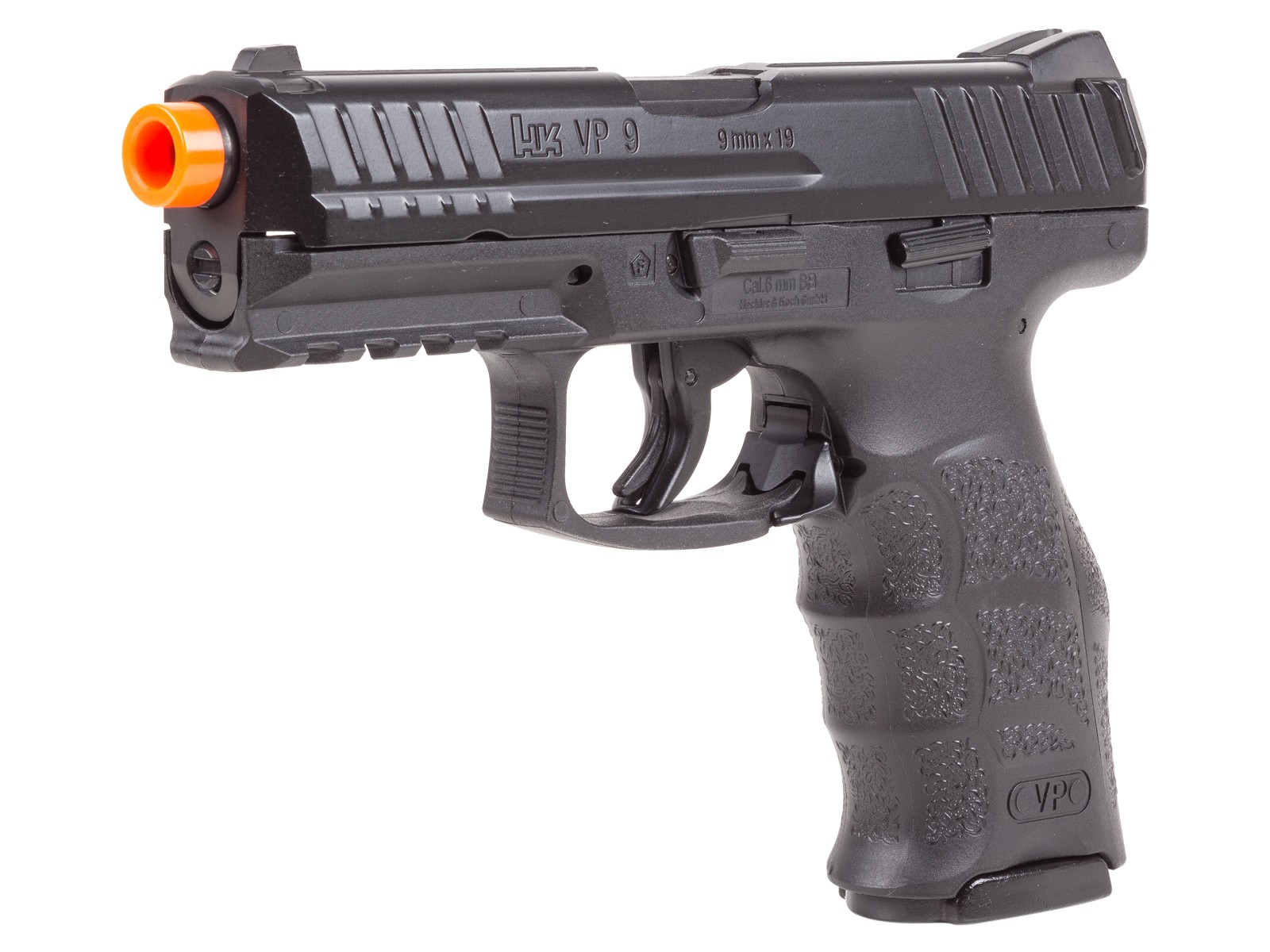 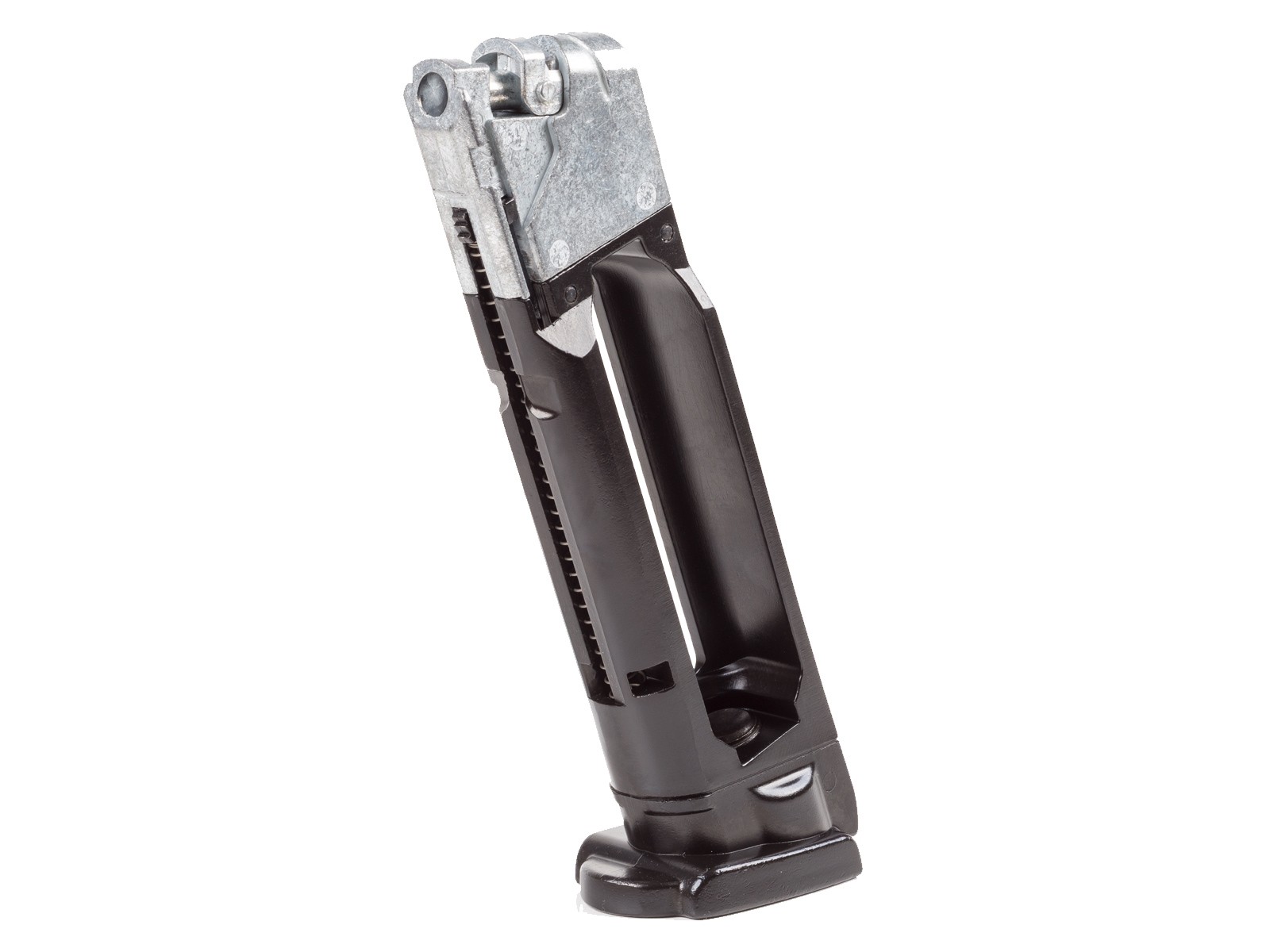 
H&K has won fans worldwide with quality small arms designed for law enforcement, military personnel, and civilian shooters alike. With over a half-century of production, H&K created the VP9 in 2014, a pistol aimed squarely at the everyday carry-sized compact market.  Taking its name from the original German, the VP stands for "Volkspistole" which translates to "people's pistol" and the "9" for the 9mm rounds it was designed for.  Now, the H&K VP9 has been re-designed as a rock-solid airsoft sidearm that's ready to get you out of any tight situation you may find yourself in.

Officially licensed by H&K the VP9 features HK markings stamped right onto its slide. Just like the actual firearm, the airsoft VP9 features an all-metal slide on a polymer body. This highly-ergonomic polymer body features stippling on the grip that contours naturally to the palm and fingers.  Load up a single 12-gram CO2 cartridge, and blast away its 1x14-round magazine at 315 fps.  Powered by the CO2 is the partial blowback feature that has a hidden benefit of speeding up rapid-fire semi-automatic shots. As a result, the trigger loads your next round and not the slide.  While this may sound like a drawback, this makes firing repeating shots fast and easy.  A Weaver/Picatinny rail awaits a laser or flashlight for low-light room clearing operations, and an adjustable hop-up allows you to extend your shot distance.

If you want the edge in an airsoft skirmish, pick up the H&K VP9 and take your fight to your opponents!