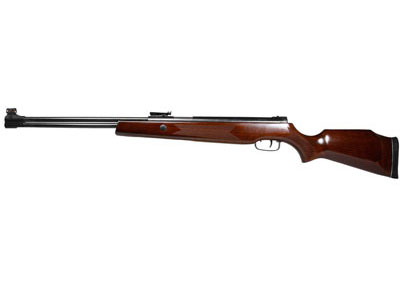 Wood stain on the stock may be lighter or darker than the above image. 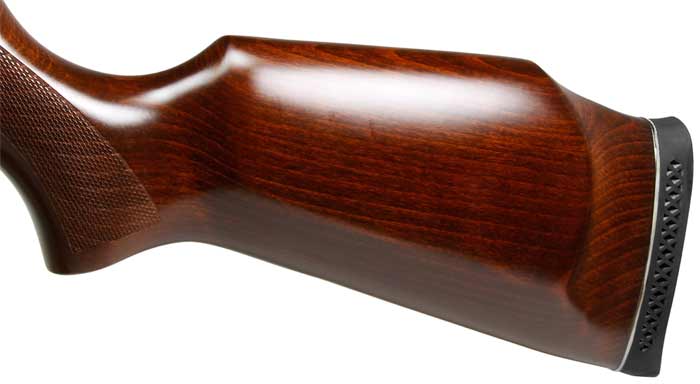 Wood stain on the stock and checkering may be lighter or darker than the above image.

The Tech Force 99 air rifle is an underlever and a real bargain. Ideal for hunting all day. Don't hunt? You'll enjoy using the TF99 for plinking and popping paper targets.

I like these techforce rifles. Ihave 3 including both 177 and 22 TF99. They are among the most solid and beautiful stocks ofany of my pellet guns. The quality of the steel work could be better, butfir around 100. Theyare over all nice. Spring piston, so hold sensitive.

Sometime in recent past I wrote a review about my Browning Leverage Air Rifle and said that was the only Spring air gun I still own after I started shooting PCP air guns. That is not correct. I still have my Tech Force TF99 Premier air rifle and that I bought sometime in the same period after acquiring my Browning. I never wrote a review about this gun and frankly I don't know why not or what made me forget to do it as I like to read other user's reviews and for the same token like to share my experiences. My gun is in .177 cal and I do like it very much. This is a very accurate gun and though my preference goes toward the PCP air guns I recently purchased another under lever; - a Hatsan Torpedo 100X Air Rifle, Walnut - in due place I shall review it, but here I'm talking about my Tech Force TF99. I read a few reviews where people were saying terrible things about this gun but I like mine very much. Yes it's made in China, but what is it not these days? The gun looks very good with a Cherry color on the stock and is very accurate. I agree that it has very strong recoil and its heavy, and being an under lever is very problematic to add a sling to it but is still an amazing gun. I installed a Leapers UTG 30mm SWAT 3-12x44 AO Rifle Scope and its accuracy is close to perfection although I must check the screws rings after each time I shoot it for about an hour. The recoil makes the screws go loose. The gun is a drooper so I installed a UTG Drooper Scope Rail, 11mm-to-Weaver Adapter, that not only compensated the dropping as it made the scope better attached to the gun.

If it was possible to lower the weight of the gun it would be a much better tool to take into the woods or even to walk with it to the range.

This one is not a gun for a beginner. Artillery hold is a must and it will probably be a drooper so take that into consideration if you are to install a scope. Like me you will probably need a drooper scope rail and very good quality rings. Don't forget to check the ring screws after shooting for a while if you see your accuracy going down.

Pyramyd Air sent my TF99 in Jan. 2013 A refurbished gun that was so clean and polished that I will always consider buying a another refurbished model. For me the gun is only for shooting at rest with a bag. Yes it's that heavy, but oh so accurate.