This .177 caliber BB rifle promises hours of fun with a 60 round magazine and full auto capability! Powered by two 12 gram CO2 cartridges, simply select full or semi-automatic firing, and mow down tin cans like never before.

Welcome to the Pyramyd Insyder, I'm Tyler Patner. Today we're gonna be taking a look at one of the legends of World War II, the Umarex Legends MP40 BB Submachine Gun.

Alright guys so looking over our accuracy results here, we used five or six different BBs and we settled on the Air Venturi steels and the Umarex steels. Both performed about the same as their most of the other stuff. About two and a half inches here with the Umarex steels and about two inches on the Air Venturis at 10 yards. And again, these are ten shots and semi-automatic so not too bad. I was expecting honestly a little bit worse, so this is really not bad especially considering I was shooting the gun unsupported and just with the buttstock flipped out. So looking at our full auto groupings, went for 20 shots instead of 10 here, still at 10 yards, of course, and unsupported. The Air Venturi BB’s pretty good about two and a half inches, and the Umarex one's a little bit tighter at about two inches, so things stay very consistent, you know in that in that two to two-and-a-half inch range it's gonna  give you the ability to plink all day I mean. In terms of accuracy, for a BB gun this is quite good.

We use the Umarex steel BB's for a full auto shot count test, and obviously two fresh CO2 cartridges, and at 65 degrees we've got about 140 shots before things seriously drop off. 140 at 10 yards before dropping off is way more than I thought it was going to do, so really good performance out of the MP40.

Alright guys, so before we get to my final thoughts here, I wanted to show you guys what we did, we showed you guys the full auto shot count, about 140 shots. What we did off-camera though, we did semi auto shot count as well. We got 196 shots off two CO2 cartridges before the bolt stops cycling. Now obviously your velocities are gonna come down quite a bit, but you know at their peak, you're looking at about 450 feet per second you know off of fresh CO2 when you go ahead and get this guy loaded up. So pretty fast shooting CO2 gun, especially for a blowback gun, and as well a lot of shot count here, especially on semi-auto and 140 shots on full, that's a ton of shooting. So guys for my final thoughts on this MP40. Obviously, it's a ton of fun to shoot, it gets a lot of shots, reasonable velocity, and a full auto replica like this, I mean there's, you're gonna have fun alright. And that's really what this gun is about. I do have a couple gripes though, you know the fact that you can't shoot Smart Shot in this gun, we did try it and was not able to get it to feed, whether it's that magnet or something else internally going on, I'm not sure but the fact that doesn't shoot Smart Shot, I would have liked that to be a possibility with this gun. And also when we did test the capacity in terms of feeding and everything, on full auto in particular, we're only getting about 40-45 rounds before we start experiencing jams. So something to consider you're only going to want to put 40-45 BB's into the magazine if you're gonna run this gun on full-auto. Other than that guys, really impressive new offering from Umarex into that Legends line, a super badass gun that I think you guys will enjoy a lot. So check it out on pyramydair.com, for the Insyder, I'm Tyler Patner, we'll see you guys at the next one.

Hey guys thanks for tuning into today's video. If you want to see more Insyder videos, go ahead hit the subscribe button. If you liked the video you saw, hit the like button. And if you want to talk more about the video or another video you'd like to see, comment down below. Thanks for watching. 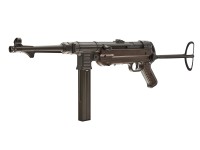 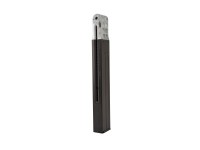