A reader asked for this report. Since the Beeman R9 is such a popular air rifle, as well as having some unique attributes, I was happy to review it.

Out of the box
Like all Beeman/Weihrauch air rifles, the R9, known as the HW 95 elsewhere, is a beautiful example of a modern adult spring rifle. It comes with a Rekord trigger, which I’ve mentioned numerous times before, and a fine Weihrauch barrel. The fit of wood to metal is flawless and so is the finish of both. It’s an air rifle that will make you proud.

Shooting behavior
The new R9 is something of a “buzzy” rifle. Every one I have shot that wasn’t tuned tended to buzz more than I would like. This rifle wasn’t entirely developed by Weihrauch. When they bought the BSF factory, they also got a nice, powerful long-stroke spring rifle called the BSF 70. They added their Rekord trigger to the 70’s action and the Beeman R10 was born.

The “Son of R1” sired the R9
Beeman called the R10 “Son of R1.” It had the same power, though it was maxed out from the factory, while an R1 can go faster and harder after a tune. Some R10s were smooth and some were very buzzy. That aspect transferred to the R9, which is uniformly buzzy when new. It’s also one of the most hold-sensitive air rifles there is. Hold an R9 right, and it shoots like a TX200. Hold it wrong, and it shoots like an old Gamo. You have to use the correct technique to get this rifle to shoot.

The R9 incorporated the more expensive R10’s features into a rifle with a thin-walled spring tube. Because of the thin wall, it disassembles differently than most Weihrauchs and absolutely cannot tolerate scope mounts that clamp too tight. They will collapse the tube! Other than that, it’s a less-expensive R10.

Performance
Out of the box, my new R9 fired 7.9-grain Crosman Premiers at an average of 834 f.p.s. – a lot lower than the 1,000 f.p.s. advertised in the early days. After a 500-shot break-in, the average was still just 836. That performance gave Beeman a black eye, so they lowered the stated velocity figure to 930. No longer was an R9 the son of anything. However, the inability to break 1,000 f.p.s. out of the box proved to be no problem for this rifle. Shooters soon learned of its incredible accuracy for a lot less money than a TX, and they started buying lots of them.

Accuracy
As I have said, the accuracy is comparable to the TX200. It takes an extremely soft, neutral hold, but some shooters have learned how to repeat the hold well enough to compete in field target with this rifle. 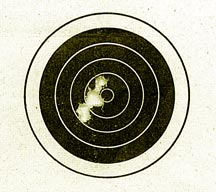 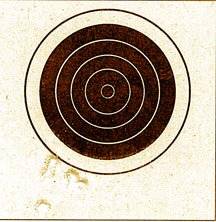 It responds well to tuning!
Unlike the hell-for-leather R10, the R9 has room for improvement. A good spring gun man can bring the velocity up into the 900s with Premier lites, if that’s what you want. I prefer 875, which my R9 did easily after a professional tune. The cocking effort that had been a paltry 27 lbs. from the factory rose to just 33 lbs., which is still on the light side. And, all the vibration was removed. The tuned gun was as smooth as the R1 project I did for you recently, but the recoil was still there. And, that recoil means you can never let up on the holding technique.

The R9 is a poor man’s TX200 to a degree that no other spring rifle I’ve tested can compare. In the right hands, it is a shooter’s dream.