by B.B. Pelletier (AKA Tom Gaylord)

This series is for Wayne in Ashland and for anyone else who thinks that he or she is the only airgunner on the face of the earth. I don’t care where you live, you can start a field target club. Okay, you guys in New York City and Chicago will have to drive a bit, but I had to drive 27 miles to my local FT club.

I identified myself today for two reasons. First, we have a lot of new readers, and I just wanted them to know who is behind the keyboard. More importantly, I was one of four guys who started the DIFTA field target club in Damascus, Maryland. You can check out what I tell you with current DIFTA members, one of whom – Joe McDaniel (signing on as Joe in MD) is both the match director at DIFTA today and the webmaster and one of the governors of AAFTA.

Here’s how we started. Phil Dean called to ask if I would come out to the Damascus Izaak Walton League to set up and run a demonstration adult airgun range during the 1996 Chevy Sportsman’s Team Challenge. My wife, Edith, and I had just returned from a disastrous public event at Aberdeen Proving Ground, where we had been asked to do pretty much the same thing. At Aberdeen, we were left on a range by ourselves (just Edith and me). The show’s promoters were announcing elsewhere that we were running “BB-gun competition for the kids!” So we got nothing but 4-10 year olds and their moms to shoot TX 200s and super-tuned R1s at field targets. Talk about a mismatch!

I finally gave up and went home when a boy who was helped by his father got hit in the eye with the scope of my recoiling R1 and THREW the rifle on the concrete pad! That rifle and stock still bear those scratches. Dad offered to pay, but when I told him what the highly modified gun was worth (about the same as his Chevette) he excused himself and, as they say in the fireworks industry, “retired quickly.”

So, I put Phil Dean through hell on the phone. I DID NOT want a repeat of that disaster! Had I known Phil, I would have known he would never let something like that happen on his watch.

We reluctantly went to the Chevy Sportsman’s Team Challenge, ran our public course (with Phil’s help, I might add), and we enlightened a bunch of old farts. Phil then asked if we could start a field target club at the Izaak Walton league. Inside one month, we held our first match, and I learned how a club gets started from nothing. For the record, the two other DIFTA founders are Jim Piateski and Ed Burrows.

You need three things to start a club
You need shooters, a place to shoot and targets to shoot at. Surprisingly, it’s easier to solve all three problems at the same time, than to tackle them individually. Here’s how you do it. You start with one friend. Now, don’t tell me you don’t have any friends, because I’m the original loner. You gotta find a friend.

Before Phil, Jim and Ed came into my life I had found a shooting friend at a local gun show. We were just talking and the conversation got around to airguns. I owned a Career 707 but had no place outside my basement to shoot it and Wayne owned a farm and had always wanted to see one of those big pellet rifles shoot. Long story short, we went to his farm and shot – a lot. Then we each bought a field target that was made for a .22 rimfire, believe it or not. It has a 2-inch kill zone which is perfect for two old doofuses (doofi?) like us.

Anyhow, I owned this one totally inappropriate field target (plus four legitimate ones), but I’d shot with a field target club in Virginia a couple of times. Their match director, Trooper Walsh, offered to lend our new club 20 old targets his club no longer used. Wayne didn’t want to shoot with us, but Trooper put the word out in Maryland and Virginia and we had about 10 total shooters show up at the first shoot.

So, to summarize, find a friend, he’ll bring in his friends and one of them will know of some land you can use. And here’s a tip when meeting the landowner for the first time. Don’t take your Career 707 along. Let him see your Gamo Whisper or RWS Diana 34 Panther – a gun that doesn’t sound like something a sniper might use.

Let’s pretend your friend is the loan officer at your bank. His sister’s husband’s parents own a cherry orchard about 35 miles from where you live. They will let you use five acres of brushland situated off to one side of the orchard, plus the landowner husband is sort of interested to see what these adult airguns can do. His best friend is a home remodeler who has a woodworking shop, so he gets the plans for field targets off the internet and quickly builds 10. You pony up $30 for target reset strings and related materials and within two weeks you hold your first match. Three other shooters show up and you squad the five new shooters (the landowner, his best friend and the three new guys) with you and your buddy, so everyone can share the two air rifles you have between you.

The landowner is hooked and buys a TX200 for the next match. Your pal suggests you charge everyone $10 per match and give a $5 discount to the people who help set up the course. He tells you those funds will offset the $200 he’s going to put up to buy 10 field targets from Pyramyd Air.

For match No. 2, you have 20 targets (the 10 he bought plus the 10 the guy made). Two more new guys show up (one of the three new guys from last time invited them), plus your friend’s sister’s husband, so now there are 10 of you. The landowner’s wife barbecues hamburgers and hot dogs for which she charges a very low price, plus there’s a cooler full of sodas and iced tea.

Honest-to-gosh, this is how it’s done! I didn’t make up anything to write this blog – just changed an occupation or two. Phil Dean really did buy a TX200, after I let him shoot mine at the Chevy Sportsman’s Team Challenge. Ed Burrows bought a Maccari custom TX200 a couple months later, and Jim Piateski was our carpenter. I used to let guys shoot my TX or my FWB 124 until they got rifles of their own. We didn’t have to make our own targets, but another club that formed in northern Virginia did just that. And it was at Trooper’s club in Virginia where the barbecue was served.

The most important part of starting a field target club is to find a friend. 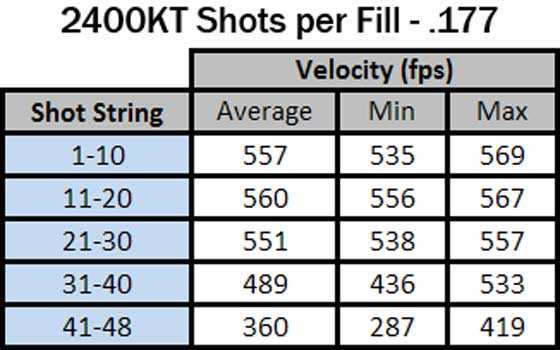