Update on Tom/B.B.: Tom’s eating more and feeling better. A new doctor with a good bedside manner has taken over his case and has a game plan to help Tom recover and finally go home.

Today’s blog originally appeared in Airgun Revue #6, which was published in 2000.

Do you sometimes wish you were alive around the turn of the 20th century so you could see all the new airguns that are now valuable collector’s items? How wonderful it must have been to walk into a store at that time and see a brand new air rifle displayed with its original box and all the accessories that originally accompanied it.

Some collectors are fortunate enough to have a few of the old guns still in their original boxes…guns that have threaded their stealthy way through time, missing the ravages of kids and not-so-young adults, who can be pretty rough, too. Although the values of those times were not the same as in our current disposable era, many vintage things eventually did get tossed on the trash heap, for living space if nothing else. The term modern has long been the siren song of the salesman, who has to convince you that what you have is in no way the equal of what you could buy from him. Hence, material goods pass through cycles, from useful to old to outdated to obsolete to quaint and, eventually, to antique and very desirable. In that time, the ephemera, such as boxes, papers, sales receipts and such, got winnowed on the threshing floor of practicality.

Three fine Quackenbush airguns. At the top, a fine late-model No. 1. In the center, a very nice No. 2 that came boxed with accessories. On the bottom is a less-common No. 3.

Collector Donald Cotton sent me these pictures of his Quackenbush airguns. In the above picture, the top gun is a late version of the famous Quackenbush first model. It was definitely made in the 20th century because the buttplate is not as deeply curved as the earlier version.

The gun on the bottom is the third model Quackenbush. Although it looks like a second model, which is the gun in the center, it’s different in that it has a steel barrel with the bore centered rather than offset (as in the second model). Instead of a wide loading port, this gun has a smaller round port and only accepts size F shot. It won’t shoot darts or slugs. It’s a curious member of the Quackenbush lineup that you don’t see very often.

But that gun in the middle is the one that got my motor running! As an airgun, it’s pretty common…only slightly less so than the ubiquitous first model. It’s in nice shape, and that’s always a plus, but that’s not the attraction this time. 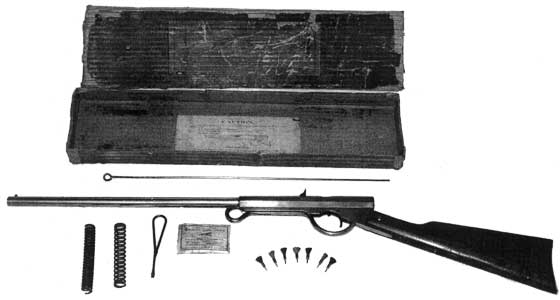 The boxed Quackenbush No. 2 airgun makes an interesting collectible. 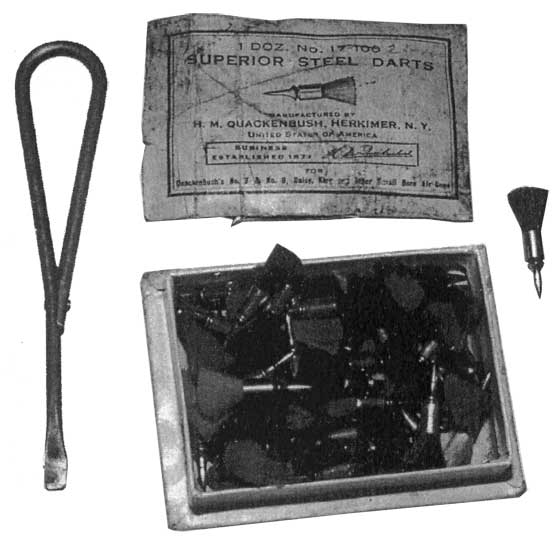 A closeup view of the darts and the Quackenbush screwdriver.

The gun is in its ORIGINAL cardboard box with all the accoutrements! The box is tattered after a full century of being kicked around, but the original label on the outside of the top (the top is the darker part of the box) is still readable, with a line drawing of the gun inside. Inside the box is a caution label with some other technical information.

Also with the gun came what appears to be two spare mainsprings, although they are wound to different strengths, so there’s probably more to it than that. There’s also a box of darts, which were this gun’s principal ammunition. It did shoot felted slugs, as well, but they were not as efficient as the darts because of the gun’s relatively low power. A bore cleaning rod is included, though it’s anyone’s guess how a smoothbore airgun would ever get dirty enough to need it. Still, that was what was done at the time. You didn’t want to go against tradition! Finally a screwdriver for maintenance rounded out the accessories.

What’s missing is an original Quackenbush claw-type dart puller. Made of cast iron, this tool looks like a short Ford Model T wrench, except that one end is shaped in a “V” for pulling out those pesky darts from wherever they were stuck.

A complete boxed set like this is a window into life a hundred years ago, and especially what it looked like to an airgunner. Thanks to Donald Cotton for sharing a part of his collection. It gives hope to other collectors that these things are still out there somewhere. With toys like this, who wants to grow up? 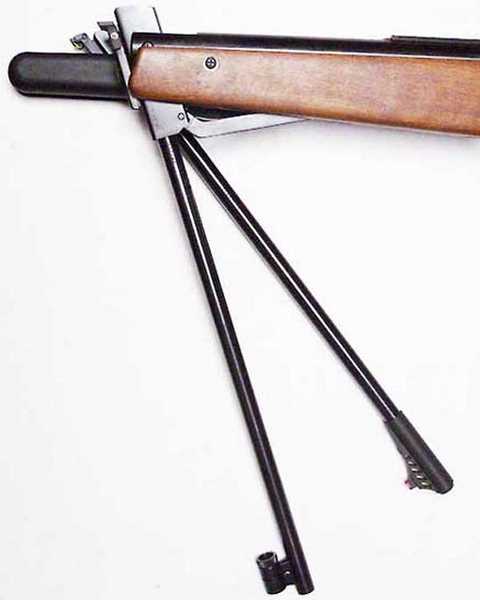 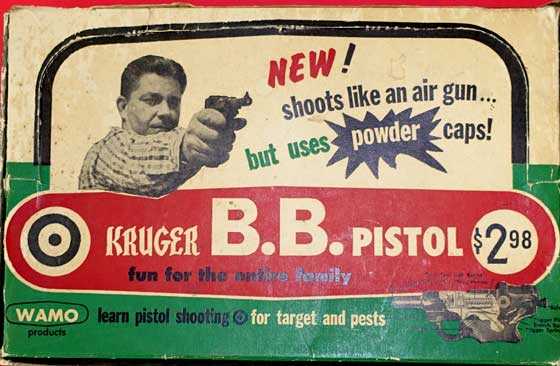