Home > Blog > Education / Training > Something for you: A homemade pellet trap

Plans and photos by Jim Contos

We all need something to shoot at, and I don’t mean targets. BB guns and pellet guns are great to shoot around the house as long as you’re stopping and capturing those projectiles safely. When I began shooting pellet guns in my apartment in Germany in the 1970s, I mounted a metal pellet trap similar to the Gamo cone pellet trap to the inside of a steel-sheathed front door. In two years of shooting thousands of shots at that small trap, I never missed it once, though today I would advocate a larger trap for a greater margin of safety. The steel sheathing on the door was my backup plan, but in retrospect, that was a bit risky.

I shot only lead pellets at that trap, which is important to know, because it’s not suited for steel BBs. Lead pellets deform and give up most of their energy when they hit a solid surface, while steel BBs rebound at nearly the same velocity at which they came in. A suitable trap for BBs would to slow them to a gradual stop without the risk of a rebound. While there are traps that are well-suited for BBs, perhaps the best trap is the one that works well for both BBs and pellets, and that’s the trap that’s packed with duct seal, like Air Venturi’s AGE Quiet Pellet Trap. Everything that hits the duct seal is caught and prevented from rebounding.

The cost of a quiet or silent pellet trap comes from two things. First, the duct seal in the trap is somewhat costly on its own, and second, of course, the labor to build the trap adds to that cost considerably. Before the commercial duct seal traps were available, I made my own silent pellet trap about 15 years ago. So far, it has stopped untold thousands of BBs, pellets and even the occasional .22 rimfire bullet.

Another feature of these traps is that after they get full of thousands of lead pellets they become extremely hard to penetrate and are then suitable to stop bullets with up to about 45 foot-pounds of energy. When new, the same traps are best held to no more than 30 foot-pounds if they have a metal backing and 15 foot-pounds if not. I’ve already destroyed a fine custom-made wooden trap because I shot too many 30 foot-pound shots to the same point of impact and blew through the wooden back of the trap.

Today, I’ll show you a pellet trap that you can make quickly at low cost from a PVC fixture and metal electrical junction box covers you buy at the local hardware store. Blog reader Jim Contos gave it to me a few weeks ago, along with the plans and the photographs you are about to see, at the 2011 Malvern [Arkansas] Airgun Extravaganza. Those of you who subscribed to my newsletter, The Airgun Letter, may remember Jim as the man who guided me through the trigger modification on my Beeman P1 in 1996.

Better than it sounds
This trap is more substantial than it sounds. When Jim described it to me at the show, I didn’t think much of it. But when he put one into my hands a few minutes later, everything suddenly cleared up. Although it’s made from a plastic PVC cap, it’s the eternal grade of PVC — the Schedule 40 stuff that takes a log time to degrade and can take all the smallbore airgun punishment you can dish out. When I tell you what Jim did to test one, I believe you’ll come to the same conclusion.

Materials
To make a trap like this you’ll need the following:

Enough duct seal to suit yourself (around 6-8 lbs.)

Making the trap
Step 1. Roll a quarter-stick of duct seal into a ball and place it in the center of the cap. 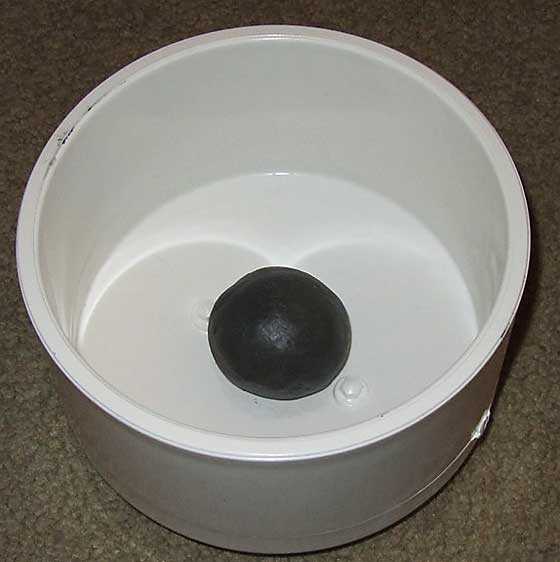 The first ball of duct seal goes into the cap.

Step 2. Press one of the two electrical junction box covers down on the duct seal, squashing it. 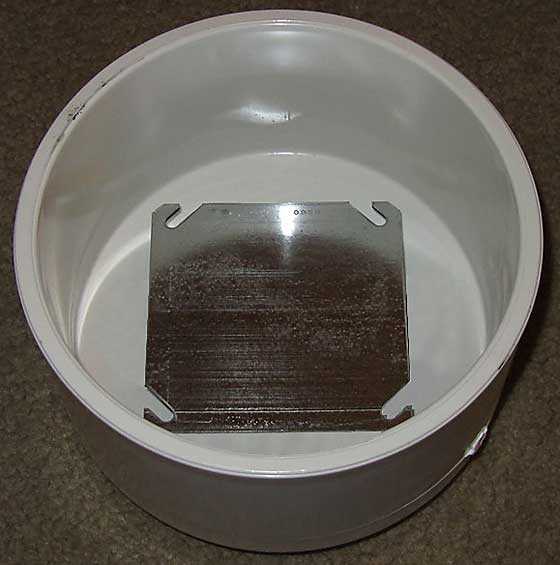 The first metal plate has been squashed down on the ball of duct seal.

Step 3. Place another ball of duct seal on top of the junction box cover.

Step 4. Place the second junction box cover on top of the new ball of duct seal and turn the cover 45 degrees from the one below so the two covers are offset the maximum amount. 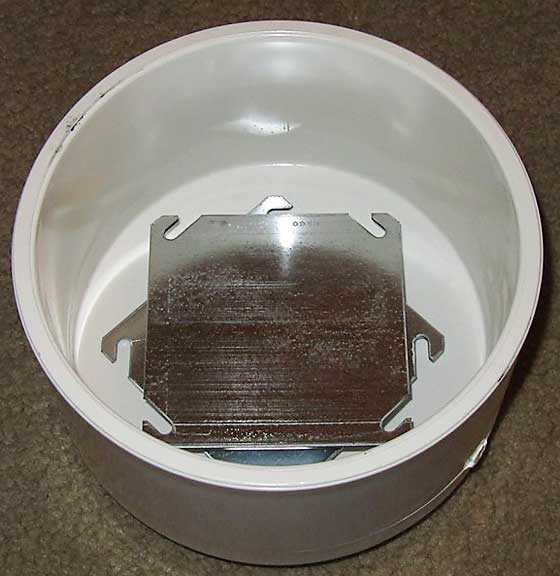 A second ball of duct seal was placed on the first metal plate and squashed by the second plate. Notice the plates are offset as much as possible to cover the back of the trap better.

Step 5. Fill the cap with the rest of the duct seal, making a relatively smooth surface on top.

You’re finished. Attach a paper target directly to the duct seal in the trap with a push pin or other thumbtack-like object, and you’re ready to shoot. 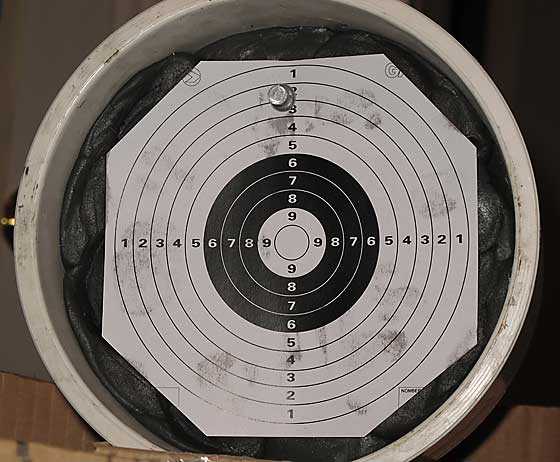 It’s this easy to fix a target to the trap. Smudges on target are caused by the oil exuding from the duct seal. This target has been mounted for several weeks.

The cost of this trap will vary, depending on the cost of the materials. There have been numerous discussions on this blog about where to buy duct seal at the lowest price, and I’m quite sure this report will generate a new list for anyone who missed out on the others. I bought 18 lbs. of the stuff a couple years back and used half of it to refill my old homemade trap. It’s already in need of another refreshing.

I never bother cleaning my traps because it isn’t uncommon for me to shoot 500 to 1,000 pellets a week at it. Sometimes, when I’m testing BB submachine guns, I shoot that much in a few hours. I would constantly be cleaning the thing. Instead, I cover the face with cardboard and always place the trap inside a cardboard box that has low walls, to catch any pellets or BBs that happen to bounce out. After 10,000 pellets have impacted, there’s a wall of solid lead that’s far stronger than straight duct seal, but the downside is it crumbles more and can be a bit dirty. The box the trap sits in takes care of that.

Testing the homemade pellet trap
Jim said his trap could take 30 foot-pound hits all day long from the start. Those metal plates in the center will stop a lot, as we will shortly see. When he went home, he decided to test an older trap with a real acid test, just to be sure. He covered the older duct seal in the trap with a fresh coat of fresh duct seal and proceeded to shoot at it from six inches with a .45 caliber Sam Yang Big Bore 909! That’s a big bore air rifle that generates around 200 foot-pounds at the muzzle. Kids, don’t try this at home!

He pressurized the reservoir up to 3,000 psi, set the power on high and let fly with a 170-grain round nose bullet. The bullet penetrated three inches into the trap, hit the top steel plate and rebounded 1-1/2 inches. 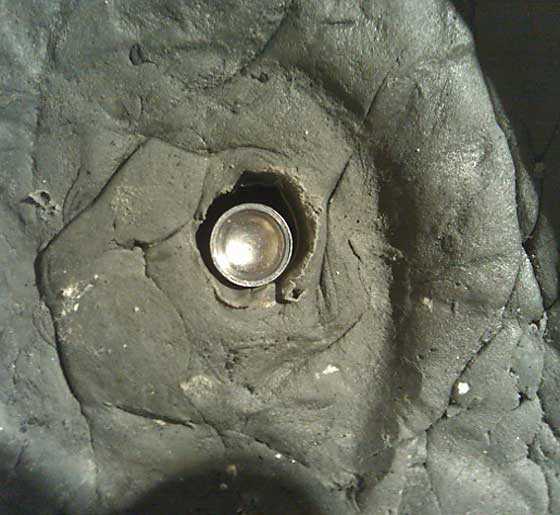 A .45 caliber, 170-grain round nose bullet fired from a Sam Yang 909 penetrated three inches into the trap, then rebounded 1-1/2 inches off the top metal plate. The trap was unharmed. 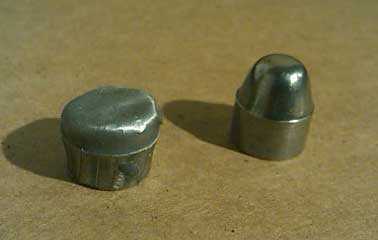 Bullet on the left was removed from the trap after firing.

Jim told me he thought the trap might cost $15 to build. Even if it’s twice that much, it’s still a great savings. The whole project won’t take more than an hour from start to cleanup, and you’ll have a pellet trap you can use for decades to come. When the duct seal gets too loaded with pellets, just dig it out of the trap and replace it with fresh material. The metal plates you continue to use.

Now there are other ways to do the same thing. For example, you can just buy a larger metal junction box, pack it with duct seal and, presto, you’re done. But those larger boxes do cost more money, plus they hold more duct seal. This idea is one of the more economical ones that still offers great protection. 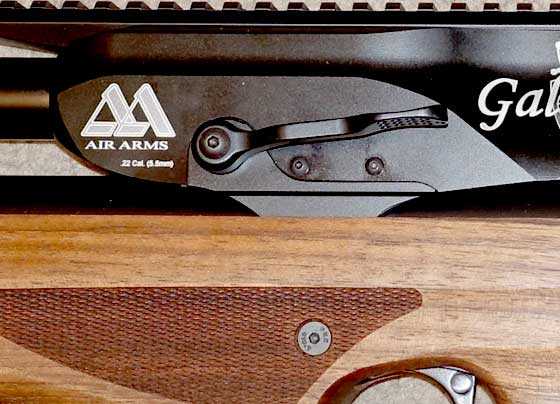 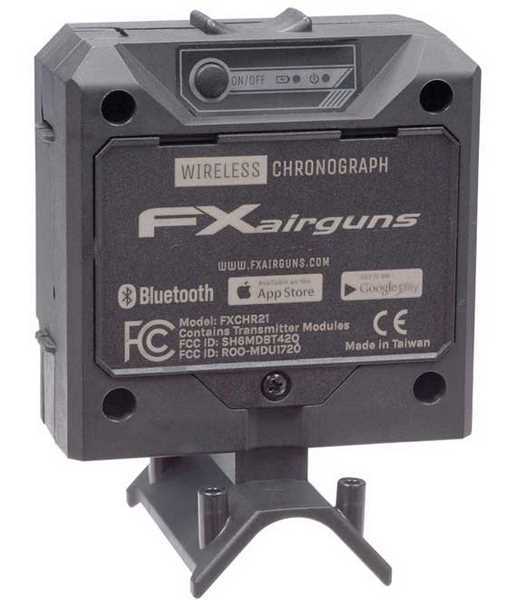