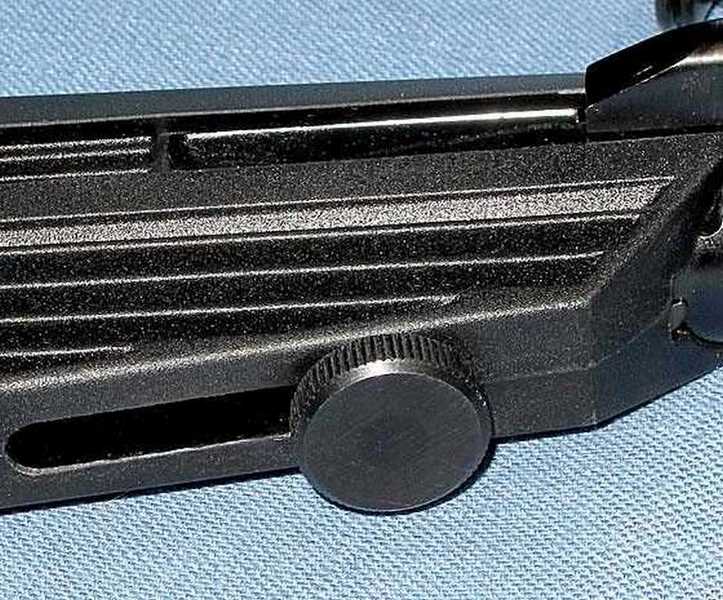 This report has a lot riding on it. First, I was specifically asked to do this by Pyramyd Air after I made some remarks about the new IZH rifles with their plastic receivers. I tested both the IZH 60 and the IZH 61 a couple years back and found they did not have the same accuracy as they did a decade ago when the receivers were made of metal. I found the plastic clips for the IZH 61 did not seem to index as well as the older metal clips.

But Pyramyd Air has brought out the IZH 60 Target Pro and the IZH 61 Target Pro air rifles as viable substitutes for lower-end target rifles. I was challenged to test one my usual way; and if the rifle I tested can’t keep 10 rounds in a quarter-inch at 10 meters, well — somebody is going to eat his hat!

Now, I enjoy a slice of hat every so often, nicely broiled with garlic and onions, but I won’t throw this test just to see someone else eat one. Because the second thing that’s hanging on the outcome is a lot of purchase decisions. There’s something about these Russian sidelever springers that attracts people; and when target sights are added, it gets serious!

Back when I wrote the Airgun Revue publications, a lot of airgunners in my area were buying these guns as fast as they could. My buddy, Mac, bought at least 23 of them. Every time he got one, he would show it to someone who would then buy it from him — forcing him to buy another.

One local guy took an IZH 60 and added Anschütz target sights and a custom-made laminated stock to it. He spent less than a hundred dollars for the rifle and then put over $500 into it. People thought he was crazy until he started doing well in local 10-meter target matches. Then they realized that this rifle has the capability to be a lot more than the price seems to indicate. [Note from Edith: I remember this man, as he’d brought his gun to an airgun show. He was accompanied by his wife and their infant. I recall seeing the gun reclining ever so tenderly in the stroller, while his wife had to carry the baby around the show!]

But what about today? Now that the receiver has been changed to plastic, does the gun still shoot? That’s the question this report will answer — and just in time for the holidays for those inclined to add a target rifle to their collections. If this rifle can shoot, then Pyramyd Air has done what it took over $600 to do back in the 1990s, and they’ve done it for less than $200.

General description
The IZH 60 is a single-shot sidelever spring-piston air rifle. It has a futuristic stock with an adjustable butt that changes the pull length from 12-inches to 13.25-inches. There are no detents, so the stock can be set anywhere within these limits.

Loosen the thumbscrew under the buttstock and position it where you want.

Loading
The power is low, producing just under 500 f.p.s. So, the rifle cocks easy. That and the light weight of the little rifle make it a good one for smaller children, except for seating the pellet. On the 60, the pellet has to be manually seated by pushing forward on a thin steel bolt handle, while on the 61 the pellet is automatically seated when the cocking handle is returned home. Sometimes, manually seating the pellet takes a lot of effort. Therefore, the 61 makes a better youth target rifle if you don’t want to load every shot for them. 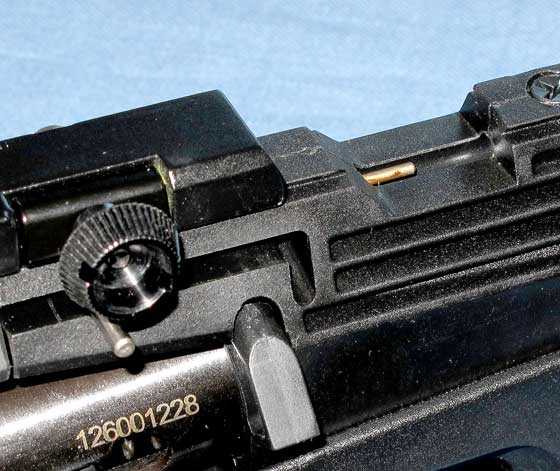 When the sidelever is retracted, the bolt opens automatically, exposing the loading trough. Bolt handle is the thin silver rod under the rear sight thumbscrew.

Sights
While the rifle comes with good adjustable sporting sights, the Target Pro guns have an adjustable target peep rear sight and front sight inserts. Daisy supplies the rear sight, and it is all-metal. It’s a lot better-looking than the plastic Daisy aperture rear sight they used to offer on some of their target rifles.

I tried both adjustments on the rear sight and they feel crisp and seem to be repeatable, without backlash. The older Daisy plastic peep sight had a problem with backlash, but this one seems fine. I will test the sight for adjustability after we know how accurate the rifle is.

The front sight has interchangeable inserts, and three of them are apertures, which are the preferred front sight for precision today. When I unpacked the rifle, the entire front sight assembly was canted several degrees to the right; and I was about to fire off an email to get the hat ready. But I discovered that when the sight is disassembled for insert replacement, you can adjust the assembly wherever you want it. So — crisis averted. I only wish my 1917 American Enfield had the same capability! Its front sight assembly was rotated to the right permanently during an arsenal refinish, and was so disagreeable to look at that I sold the rifle. 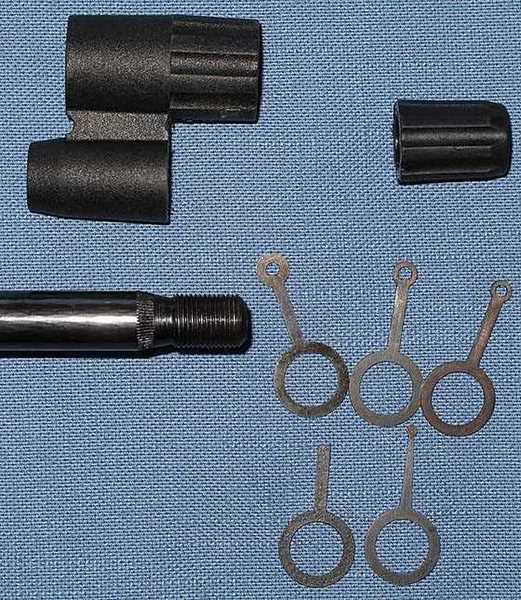 Unscrew the muzzle cap and the entire front sight assembly comes off, allowing the inserts to be changed. You can also center the front globe upright and lock it in place.

Barrel
The barrel is what made the IZH 60 and 61 stand apart from most other spring rifles in the same price range. It’s hammer-forged, which is known to give a more consistent bore if done correctly; and the Russians have always been noted for the accuracy of their barrels. But as I said, we shall see by testing. After all, there’s a tasty hat at stake.

Trigger
The rifle’s trigger adjusts for the pull length, which means where the let-off point is. It’s a single-stage trigger that’s very light but also very vague. It’s not a target trigger, but it’s much better than the trigger on a Daisy 953.

My plan
I plan to test the heck out of this rifle. If it’s as good as I’ve been told, I’ll shout it from the bell tower. But if not, there better be a hat ready!