Home > Blog > Spring > Bully pulpit and the future of airguns

Bully pulpit and the future of airguns

According to Wiki, “A bully pulpit is a sufficiently conspicuous position that provides an opportunity to speak out and be listened to.” The phrase was coined by Theodore Roosevelt, who felt the White House was a bully pulpit. In his day, the term bully meant excellent.

When I started my newsletter — The Airgun Letter — in 1994, it was in response to a lack of literature about airguns. There were only a couple books on the subject at that time, and it seemed as if the serious airgunners wanted to hide their passion. Advanced collectors told me what a shame it is to have a reference like the Blue Book of Airguns, because now everybody can know what they know. In the past, they relied on ignorance to grow their collections at low prices. But when everyone can know that a Winsel CO2 pistol is ultra-rare, they stop selling them for $50, and the price climbs to over $1,000. 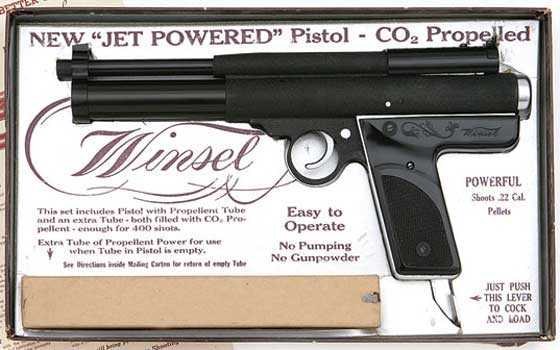 What’s a Winsel? If you own a Blue Book, you’ll know.

It wasn’t just collectible guns, either. Airgun repair stations were close-mouthed about what they did and how they did it. I guess they figured they had to keep their mouths shut if they wanted to remain in business. They knew there were only a few airgunners and they didn’t want to share them.

I hated this hush-hush attitude when I first encountered it in 1993. To me, a thing is either growing or it is dying. Stasis is unachievable in the real world. But not all growth is good. No one wants a cancer. Growth has to be healthy to succeed. So, taking my wife’s advice, I set about to grow airgunning by kicking the top off the manure pile and seeing what was underneath. I may not have known that much about airguns, but as a lifelong shooter I certainly knew about shooting. The rest I could pick up as I went.

Once I started writing, things happened fast. It turned out that a lot of people felt the same as me and were looking for more information about airguns. They were starved for it, in fact. Things progressed so fast that the naysayers were quickly bypassed. Airgun shows sprang up and new people began flooding into the hobby — many of them latent airgunners who had been waiting for things to get organized. My subscription list didn’t grow that fast, but it sure put a load on a lot of office copiers!

This sudden surge of interest changed the dynamic of the hobby. Now the veterans became concerned that the words that were getting out were correct. If they couldn’t stop the flood of information, at least they wanted it to be as right as possible. It was no longer “Mum’s the word,” but rather, “If you’re going to talk about it, get it right.”

Of course it wasn’t all bad back then. There were those few who had been trying to get the word out all along. Larry Hannusch had been writing informative articles about airguns for many years when I started my newsletter. He is probably the most noted authority in the field, and, fortunately for all of us, he is still a young man. Along with Larry, Jess Galan wrote a lot about airguns. He isn’t writing as much today as he was in the 1990s, but Jess is another of the stalwarts who did his best to spread the word.

And I cannot write this piece without recognizing Robert Beeman, whose beautiful color catalogs changed the face of airgunning in the U.S. Many of us got our start from those informative resources. I treasure my collection of Beeman catalogs, and refer to them often.

It is also appropriate to remember the late Robert Law. His black and white catalog was the first U.S. publication that had any useful information about airguns. I have a few of them that I preserve. Yes, both Stoeger’s Shooter’s Bible catalogs and The Gun Digest have earlier mentions of airguns, but, aside from a few informative articles by Ladd Fanta and Jess Galan, there was nothing of any substance.

My part in all of this was to start a newsletter at a time when there was a desperate need for more information about airguns. It wasn’t that I knew a lot about them. Despite what some people say about me — I am no expert in this field. What I did was stand in the crowd and shout that the emperor wasn’t wearing any clothes! Several people agreed with me and started shouting the same thing. Before long, the emperor had to do something about it.

Edith was the inspiration

I say “I” but really it was “we.” My wife, Edith, coaxed me into starting the newsletter, and then she matched it with The Airgun Forum — a chat forum that was so active it became the pride and joy of our web hosting service. We never could have afforded the bandwidth needed to accommodate the 500 to 1,500 new threads (that’s new threads — not including the responses to these threads) that were put up on that forum every 24 hours, but the web hosting service we used considered it to be their portfolio. If they could handle a forum as active as ours, there was nothing they couldn’t do. To date, no web forum in the shooting sports has approached the level of traffic we had.

Like I said earlier, cancer is also a growth, and our level of visibility attracted a lot of unhealthy attention and jealousy. We were spammed, hacked and in a constant state of siege for over two years when I decided to pull the plug. Edith and I (it was mostly Edith) worked around the clock to keep the bad people in check. Even our hosting service was on call 24/7, to keep things running. We couldn’t go anywhere without dragging the forum with us. In one desperate case, the FBI got involved with some very sophisticated software that most people didn’t know existed. Through them I discovered who was doing a lot of the hacking.

I pulled the plug

So, in early 2002 I pulled the plug on “The Airgun Letter” and The Airgun Forum. And people were mad! I became the guy who was denying everyone their fix of information — the very thing I had set out to rectify! But I did it to keep Edith and I from going over the cliff. We refunded everyone’s subscription money — a move that cost us a bundle. In the end we lost a lot of money. But in the nine years we operated the world of airguns had changed. Instead of a few books on the subject, there were now over a dozen, with my R1 book being one of them. Pyramyd Air was up and running, along with Compasseco and Airgun Express, and the hobby was exploding!

Best of all, more books were coming out all the time. Today were have several good books on Daisy guns, a book on BB machine guns, numerous books about airgun hunting, and lots of general books about other airgun subjects. I contend that these books and online information are what advances this hobby, because they disseminate the word about airguns.

But that isn’t all. It turns out that among the millions of American firearms shooters, many are latent airgunners. They are people who just like to shoot, and when they discover airguns they find a hobby that multiplies their shooting opportunities. This fact grows more important daily as the price of firearm ammunition rises and shooting ranges become more crowded.

Twenty years ago when I was asked what the future of airgunning was I responded that I wasn’t sure. It was growing, but the pace was slow. That is no longer true.

It sounds like I think I’m the reason for what has happened. Well, I don’t. I am just writing this as I saw it happen — from my perspective. This move was going to happen whether I came along or not. It might have happened differently, but it was inevitable. 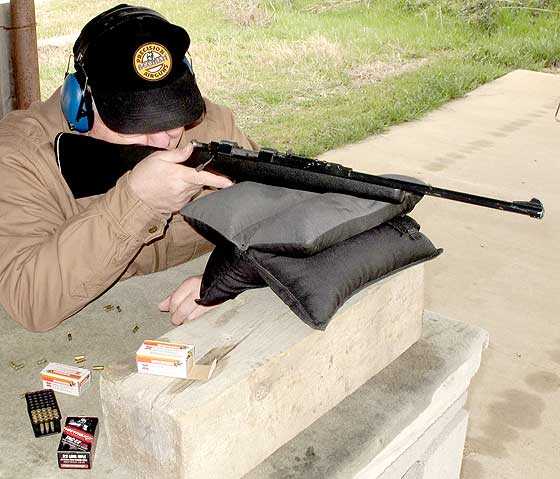 Field target for the rest of us