Well, this report is turning into one of the most popular ones in recent times! It seems that a lot of you are interested in the Daisy 853. Many of you pestered me about my progress last week when I had to stop the overhaul because the instructions on the Pilkguns website were incomplete.

One of our newer readers named Paperweight sent me a link to a pdf tutorial from Daisy that cleared things up a lot. I followed those instructions and got the overhaul back on track.

First, let’s look at the parts Daisy sends for the 853 powerplant overhaul. They didn’t give me the price, but their marketing VP, Joe Murfin, told me he thoughty they cost around $3.00.

These are all the parts in Daisy part number 853-1, which is the rebuild kit for the powerplant. Felt wiper on the left, the piston o-ring and the valve body o-ring next, the inlet valve retainer, inlet valve and inlet valve spring.

I disassembled the rifle following the instructions on the Pilkguns website. They work well for that. It’s the assembly where they are lacking. When I got to the piston head I examined it for cracks, because reader Buldawg76 thought he saw a crack in the photos I showed. Thankfully, that was just a speck of dirt. The piston head is intact and in good condition. It just needed a good wipedown.

But the felt wiper disintegrated in my fingers when I tried to remove it. From what I’ve read, that happens to this part over the years. 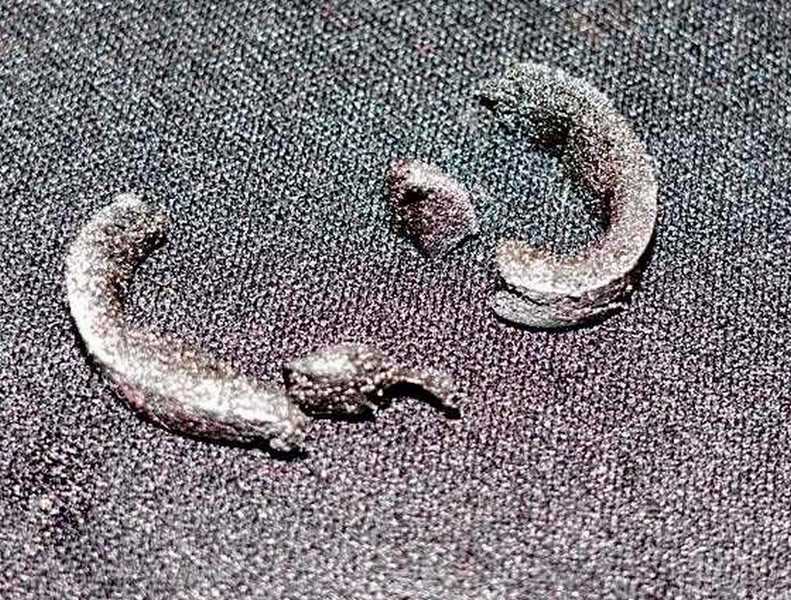 The old felt wiper disintegrated when I tried to remove it. I think that’s fairly common. My UTG mat is a poor background for this picture.

I’m not going to give you a step-by-step description of the rebuild. Daisy has done a masterful job of that in their tutorial. The Pilkington tutorial is okay, but it lacks detail for the assembly, and a couple of the assembly steps are either overlooked or are just incorrect. Also, they used red letters for their instructions, which disappear against the black body of the gun.

The old o-rings were still flexible and looked pretty good, though they did have some flat spots. The inlet valve seal face was grooved from contact with the valve seat. That could be a problem or not. 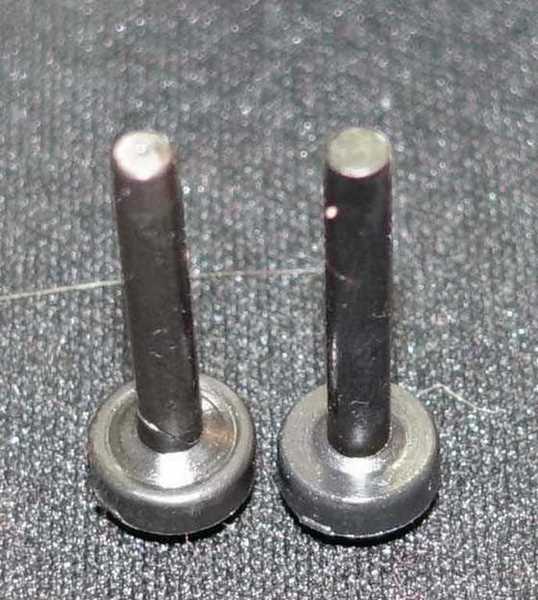 The old inlet valve (left) is grooved from contact with the valve seat. It may or may not have been leaking slightly.

The most critical step in assembly is when you put the receiver together, and the Pilkington site put the red action verb right smack in the center of the black gun body, so a red-green colorblind person like me cannot tell whether he is to squeeze the parts together or strike them. Daisy tells you to hit the top of the receiver with a mallet, which I did. After an hour of no success following Pilkgun and guessing what to do, I had the receiver together in seconds with Daisy’s instructions.

When Paperweight contacted me he mentioned that the light brown (he calls it orange, but I can’t see it) o-ring goes on the valve body instead of the punp piston head. For some reason I read they went the other way and now had to switch them. Fortunately, the gun was still apart when I found out, so I made the switch before assembly. The Daisy instructions make no mention of this, as they use two black o-rings that appear identical.

I will say that the action and its plastic spacers fit tightly into the stock. There is almost not enough room, because the inletting is so tight.

The rifle is now back together. It has a problem with the rear triggerguard screw, which seems to be a common fault with the older 853. Daisy changed the design of this part, simplifying it from 3 parts with 2 screws to 2 parts and 1 screw, but I have the older one. It was broken when I received the rifle, so it’s another thing to address, but the rifle can still be tested in all ways. Let’s now look at the velocity.

If you recall, I tried the RWS Hobby pellets first. Weighing only 7 grains, they should give us a good picture of the health of the powerplant. Before oiling the felt wiper last time this pellet gave an average of 384 f.p.s. with a 62 f.p.s. spread. After the first oiling the average increased to 417 f.p.s, with a spread of 25 f.p.s. A second oiling increased the average to 442 f.p.s. with a 20 f.p.s. spread. Now let’s see what Hobbys do after the rebuild.

Hobbys after the rebuild and some shots to settle down averaged 446 f.p.s. The spread for these 10 shots was from 442 to 453, so 11 f.p.s. The powerplant is now stable, but still not performing up to spec — not even close. If the average is supposed to be 510 f.p.s., according the Daisy’s specifications, I could accept an average around 485 f.p.s., and allow for the possibility that my rifle is on the slow side. But it’s more than that. Something else needs to be rebuilt.

From the standpoint of instant gratification, today’s results are bad news. But considering the amount of interest there is in the 853, it’s a blessing in disguise. Because I now need to go back inside and replace other parts — quite possibly the hammer spring.

I am also thinking of replacing the bolt that includes the probe that seats the pellet. There are no seals on the probe, and if air is leaking past it when the gun fires, it could cost some velocity. I will also examine the valve body in detail, to make certain there are no cracks or imperfections. I examined it on the outside this time, but I didn’t look inside, where problems could lie. When I replace all these parts the valve body will be completely apart, which allows for a good look inside.

I did examine the inside of the pump tube during this rebuild, but when I take the rifle apart next time I will also look at it again. I might have missed something.

I will order the parts I know this gun needs. That would be a new hammer spring and a bolt. I’ll also order the parts to fix the rear triggerguard screw. I’ll hold off on ordering a valve body and pump tube until I can examine the ones that are in the gun closely.

It will take me at least another week to get the parts, install them and test the gun. I will be using the Daisy files mentioned above for all repairs. I won’t test the rifle for accuracy until I’m satisfied it is shooting right.

Paperweight also gave me the Daisy part numbers for some other things, like an adjustable trigger and some front sight inserts. I will order those as well, so I’ll me ready when it’s time for the accuracy test. Stick around — there is lots more to come on this 853.

As a parting shot I’ll say that the 853 is not the easiest gun to work on. You have to be patient and follow the instructions closely. But if you get frustrated, just remember there is a 23-year-old girl at Daisy putting these guns together with her left hand while she texts her boyfriend with her right hand. It isn’t that difficult!

Teach a person to shoot: Part 3 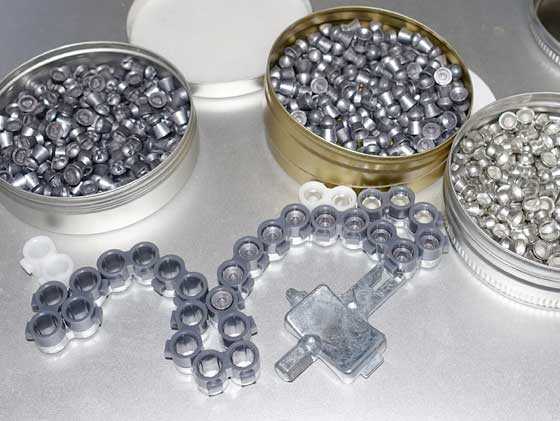