This is the continuing fictional saga and guest report of a man teaching a woman to shoot. Today Jill moves to firearms!

This is the first day Jill will shoot a firearm with me teaching her. Her last experience was in college, when a boyfriend had her shoot a .357 Magnum revolver as her first firearm. I would never do that. In fact if it was up to me, she would never get to shoot a .357 Magnum revolver at any time. She isn’t up to it — any more than many men I know. A .357 recoils so heavily that most casual shooters are unprepared for it.

I asked you readers to guess what gun I would start her with, but I didn’t see any responses. I started her with a Ruger Single Six that not only shoots .22 rimfire ammo — it also has the plow handle grip of a single action that I wanted her to get used to.

She started to take the target stance I’d taught her, but for today’s shooting I showed her a different stance. I had her try a version of the modified isosceles two-handed stance. Her feet were stable, with the right foot behind the left by 12 inches. She is right-handed. She leaned forward slightly so her shoulders were just ahead of her knees. Her knees were slightly bent.

With the single action, she held the revolver in her right grip and wrapped the front of the right hand with her left hand. She pushed forward with her right hand until the arm was straight. The left arm was still bent and pulling back, holding the right hand steady. Her hands raised up until her eyes were in line with the sights. Her head was upright and not bent forward.

She started shooting with standard-speed .22 long rifle rounds. We were on a 15-yard range and shooting at a larger bull than we had with air pistols. She was right on target and shot 12 rounds into a nice 2-inch group that was well-centered just below the inner 10-ring. Even she knew this was good, and I praised her for it. Many men I know cannot shoot a group that small from 45 feet.

I then shot at a different target and showed her that my groups wasn’t much smaller. Then we stopped and I asked her what she thought so far. She said there was definitely more recoil with the firearm than the air pistols had, but it wasn’t that bad. She enjoyed the shooting so far.

Next I had her load some high speed .22 rounds and repeat the experience. She shot another 12 shots at her first target and got a group that wasn’t much larger than her first. But she noticed the small increase in recoil. And that was what I was after!

The Single Six Ruger has a second cylinder that holds .22 Magnum rounds, and I made the switch at this point. Then Jill shot another 12 rounds at a new target. These went into less than an inch — teaching her a couple things. First, that different ammo shoots better or worse in the same gun. She said she never thought of that. Second, the .22 magnum round recoiled more than the long rifle. She knew I was getting her used to the recoil, and she appreciated the slow workup.

The third thing she learned was profound! She said, “Now I understand why you started me shooting one-handed. I learned to triangulate my whole body to get it stable. This two-hand stance is even more stable, but it’s entirely different. What you have shown me is there is a proper way to do everything, and it’s the way that works the best every time.”

I told her that was exactly right. She might never shoot a handgun one-handed again, but now she knew there was a way to do it properly.

Next I handed Jill a Ruger Single Seven, chambered for .327 Federal Magnum rounds. This is a serious cartridge that will actually out-penetrate a .357 Magnum round when shooting at steel plate. Don’t ask how I know (shot a dumpster with both rounds). But the beauty of this gun is that it also accepts .32 H&R Magnum rounds, .32 S&W Long rounds and an obsolete round called the .32 S&W Short! I don’t have any of the .32 S&W Shorts, but I have the Longs and I loaded them mild for Jill.

After the first 6 shots she set the gun down on the table and then kissed me! She said, “I knew there was something better than what that jerk had given me! Boy, am I glad I asked you to teach me! This is exactly what I wanted. I can tell this round is a little more powerful and I see the cartridges are larger, but the recoil is less than the .22 Magnum. Jack, you’re a genius!”

Actually, the .22 Magnum is more powerful than the .32 S&W Long on paper, at least the way I had loaded it, but the .32 S&W Long is a larger centerfire cartridge. Next I gave her some rounds I had loaded hotter. These were standard .32 S&W Longs on the hot end. She fired them and said there was no increase in recoil. That was what I was after.

Her group with these hotter rounds was about a half-inch between centers at 15 yards. It was the smallest group she had shot to date. I praised her for it and could see she knew she was doing very good. Now it was time for the .32 H&R Magnums.

She loaded the rounds and asked me how much more recoil there would be. This time I think she was scared because of the word Magnum in the cartridge title. I told her I didn’t know how to describe the recoil of this round. It would be greater, but it wouldn’t be nearly as much as she feared. She was in for a pleasant surprise.

She said that was good enough for her and got into position to shoot. Then she shot all the rounds through the 10-ring in a cluster than measured less than an inch on the outside! When the last round fired, she held on the target for a few moments and then set the gun down. I thought I was going to get another kiss, but when she turned to me I saw tears coming down her face.

“That was exactly what you said it would be, Jack! And look where they all went. I guess I’m now a SHOOTER!” She sat behind the shooting table and talked about the experience for several minutes. She said the recoil wasn’t half as much as she expected. It was more than the .32 S&W Long, but it was just a bigger push, instead of the sharp sting she anticipated.

I explained that the shape of the single action grip made a lot of the difference. The grip rotates in the hand, absorbing some of the recoil. And the .32 H&R Magnum has an 85-grain bullet. It may leave the muzzle at 1,255 f.p.s., but it’s about half the weight of a .357 Magnum bullet, And in guns, the bullet’s weight is where a lot of the recoil comes from.

After a few minutes, she put up some fresh targets and shot up the remainder of the ammo I had brought. In all she shot 35 rounds of .32 H&R Magnum, plus all the other ammo. We spent three hours at the range.

On the way home we stopped at the gun store and she bought me two more boxes of .32 H&R. I told her that was the round I was recommending for her carry gun. Of course it wouldn’t be a large single action like the Ruger. We would look at some snub-nosed revolvers that would fit her purse better.

When we got back to her building she introduced me to the security guy, “Jerry, This is my boyfriend, Jack Cooper. He’s going to be coming here a lot and I want to get him into your system.” They took my picture and asked me for my address and phone number, then I got an ID card for my wallet.

On the way up in the elevator I turned to her and said, “Boyfriend?”

She answered, “For now” and just smiled.

Next time I’ll tell you about her defense gun and also about the concealed carry class she took to get her carry permit. 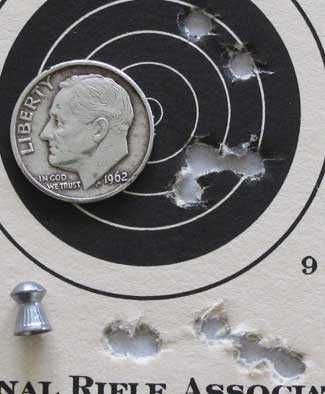