Suddenly it’s 1996 and everything old is new again. I owned a Career 707 lever action Korean rifle made by Shin Sung and this Seneca Eagle Claw reminds me of it a lot! But things change and I have already spotted some changes on this one.

There are no sights, so it’s going to need a scope. There is a Picatinny rail along the top of the receiver. The rotary magazine sticks up slightly above the rail at the front, so two-piece scope rings are the way to go. There is enough room on the rear rail that you could mount a short one-piece mount, as long as the scope clears the mag 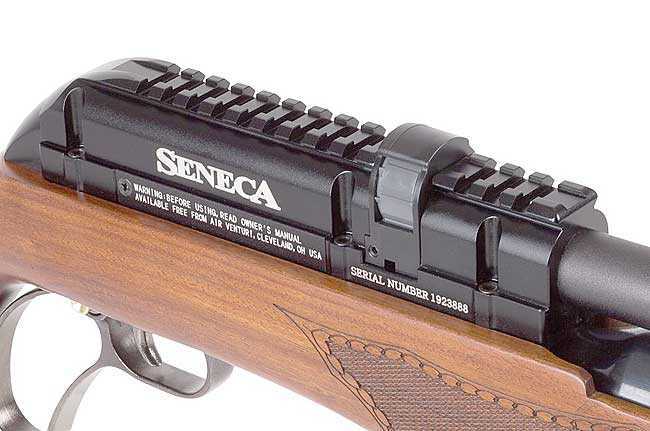 The rotary magazine sticks out above the Picatinny scpe rail enough that two-piece scope mounts are required. Or, you could mount a short one-piece mount to the rear rail, as long as the scope will clear the mag.

The barrel is fully shrouded with baffles in the end ahead of the true muzzle. Of course I will test the sound level for you on all power levels. Whatever sound it makes, Pyramyd Air sells an adaptor to fit a DonnyFL silencer if you need it quieter.

I told you this rifle puts me in mind of the Career 707. One reason is because it has a power adjustment wheel on the bottom of the forearm. From low to high power there are 7 distinct detents where the adjustment wheel stops. That gives you several benefits. 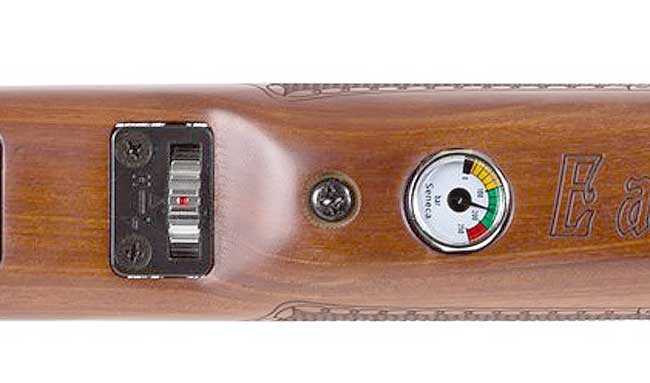 The power adjustment wheel on the left has 7 positions, high to low.

First, you don’t always need the highest power setting. I know that sounds like a travesty, but it’s not. You can plink in the basement or backyard and get a great many shots. Or you can dial the power up to the midrange for specific field applications like plinking at longer range. Or run it up all the way when hunting.

I used to adjust my modified 707 up a click after every 10 shots and I could get 90 shots that stayed around 28 to 30 foot-pounds in a .22 caliber rifle. But my modified rifle had 17 detents — up from the three that came from the factory. The Eagle Claw has 7 detents and we will see what they do when we look at velocity.

Second, if you want to shoot quietly, select a lower power setting. We will see the sound levels at all settings when I test velocity.

The stock is Indonesian walnut. It has an attractive pattern of checkering on both sides of the forearm and the pistol grip. The name Eagle Claw is cut into the bottom of the forearm.

This is a one-piece stock, rather than the two-piece stock that came on the Career and many other Korean PCPs. I think it gives the rifle a nicer look. The pistol grip and forearm are not that wide, and there is a nice schnable on the end of the  forearm.

The wood is called Sepatia. When I first saw it I thought walnut, and it’s close enough to count. There is a low cheekpiece on the left side for right-handers but the stock is ambidextrous enough for most shooters. 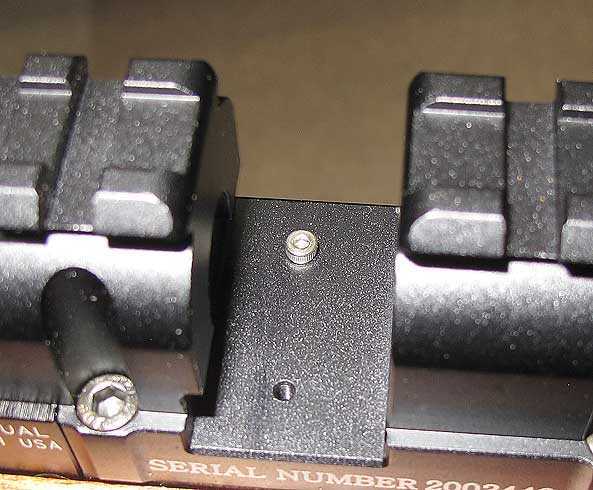 That silver screw stops the rotary magazine when it is inserted. Move it to the other hole and load from the other side of the receiver.

When I opened the carton and saw the box I thought, Oh, no! Another Korean PCP that probably has a fill probe of some unique size, length and shape. I hope I have something in my kit of PCP fillers that will work.

Then I looked at the plastic bag that contains the second magazine, the manual and the Allen wrench to adjust the trigger and noted there was no probe. Could it be? Could the makers have finally put a universal male Foster fitting on the rifle so anyone can fill it anywhere? Yes!

For some reason the photo on the Pyramyd Air website doesn’t show a Foster, so I took a pic of the one on the rifle I’m testing. 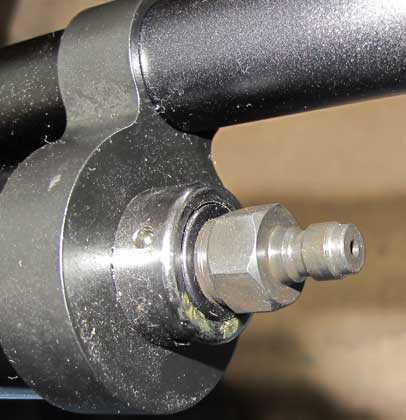 The Eagle Claw comes with a Foster fitting, so there are no filling problems.

The Eagle Claw gets filled to 3,000 psi. That’s a good thing because it allows more filling options like hand pumps. We will discover how many good consistent shots there are at different power levels and also what the low power setting on the onboard pressure gauge is, but Tyler Patner has made a good Insyder video on the website page for the Lever action carbine. I recommend watching it.

What we have in the Seneca Eagle Claw repeater is a powerful hunting rifle that comes in either .22 or .25 caliber. This one is for small game like squirrels and rabbits and medium-sized game up to large woodchucks. Of course it has to be accurate to be useful, and we will find out whether it is in this report series. Stay tuned.