Today I’m doing a report that is based on a comment made last week. Reader thedavemeister said the following.

RidgeRunner, I have yet to cross over to the “Darkside,” LOL!  I guess it’s a psychological thing….growing up with my Sheridan, then my RWS 45 sproinger…then my R7…then my HW97…with all those guns, I knew EXACTLY what they would do when I pulled the trigger; I never had to check a pressure gauge or anything…just grab the gun and some pellets and head out the door.   I guess I just like things simple.

To which reader RidgeRunner responded.

Dave, The “Darkside” is usually for those who wish to go beyond the range of sproingers.  Most sproingers “top out” at around 25 yards.  There are a few that are good to about 50 yards.  Those are usually expensive.

With the “Darkside” your effective range is determined by how much you want to spend.  Cheap precharged pneumatic airguns (PCPs) can usually outshoot most sproingers.  I am beginning to explore the Maximus.  It is easily filled with a hand pump.  The manufacturers have discovered there is a market for Price Point PCPs.  Some have a really good price tag.

Hey, I have quite a few sproingers, but I like the “Darkside” also.

Like many people I avoided PCPs as long as possible. Like Dave I thought they were more complex and had too much technology, like the gauge Dave mentioned. But in the 1990s I was writing a newsletter about airguns and it had to include all of them. So when push came to shove in 1996, I broke down and bought a used Daystate Huntsman.

I bought the rifle from the late Rodney Boyce who taught me quite a lot about precharged pneumatics, so I could write about them without sounding completely clueless. I learned about the inverted bathtub power curve, and why overfilling robs power and other things like shot count. But that just got me started. There was a whole world of learning ahead. Today I’m going to attempt to simplify some of that for you.

First off, a pneumatic is a pneumatic — be they single-stroke, multi-pump or precharged. All of them push the pellet out with a burst of air. Dave mentions his Sheridan, so let’s start there. A Sheridan Blue or Silver Streak is pumped by the shooter up to 8 times to fill the air reservoir for one shot. Fill once, shoot once.

Some other multi-pumps (like my Benjamin 700) get multiple shots from a fill, though the shooter has to top them off with a couple pumps before each shot. Still other multi-pumps of the past like the Yewah 3B Dynamite have filled with enough air for many shots at the same speed, but they took an enormous number of pumps to fill — like 150.

Pumping takes time. It’s also relaxing, if you can be patient.

A PCP, in contrast, shoots at the same power level for every shot, unless it has adjustable power as many of them do today. And it does not have to be filled between shots. That is the major distinction between it and a multi-pump. RidgeRunner mentioned the Benjamin Maximus, but that one is no longer available, so let’s look at the Benjamin Fortitude Gen 2.

The Gen 2 Fortitude is $320 as this report is published. The velocity can be adjusted up and down a bit from how it comes out of the box, though it isn’t as convenient to adjust as many more expensive rifles.

In .177 The Fortitude I tested got a power level of about 15 foot-pounds at the maximum and at the lowest power about 5.5 foot-pounds. That is a good and useful spread.

My velocity test was a little odd, but I learned there were at least 60 good shots on a fill and the Fortitude Gen 2 fills to 3,000 psi. Therefore using a hand pump is entirely possible. Yes, that means a lot of pumping when it comes time, but you get many more shots at higher power than you do from a Sheridan Blue Streak.

Well, this is the big one. Besides shooting without pumping each time, most PCPs are very accurate these days. The Fortitude Gen 2 certainly is. And, remember the Air Venturi Avenger? That $350 PCP was almost as accurate as my Air Arms S510X that costs almost 5 times as much! 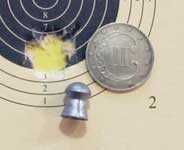 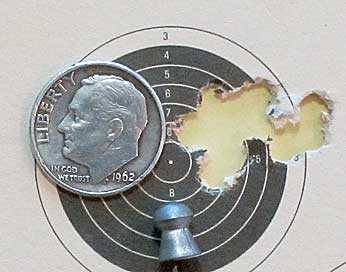 Here is what thedavemeister said about PCPs yesterday.

RidgeRunner, that comment you made really got me to thinking…mostly about how dumb it was for me to sell my HW97!  Since I was moving away from our Field Target range (to another state), I thought it would be nice to sell it to another Field Target competitor there (in Florida) to give them a good gun to get into the game.  But that gun WAS a tack driver, and it was good all the way to 55 yards…and that was with a very modest 4-14X scope.  I SHOULD have kept the rifle, and just got an even better scope; then I’d be enjoying it right NOW on the mini-farm!  Shoulda kept it, shoulda kept it!  Stupid dave, LOL!”

People say that the equipment needed to fill the airgun is what keeps them away from PCPs. I can’t argue that one. You do need some stuff to fill your gun. If you purchase it with that in mind, a hand pump will stand you in good stead. Why airgun manufacturers haven’t realized this and brought out rifles with large reservoirs and lower operating pressures is a mystery to me. Tim McMurray showed us how to do it many years ago with his USFT that got 55 shots of H&N Baracuda Match pellets at 900 f.p.s. — all on 1,600 psi. Okay, so the reservoir was the size of a sewer pipe. Compromise and make one half that size and get maybe 40 shots on a 1,800 psi fill. We know that it should be possible. 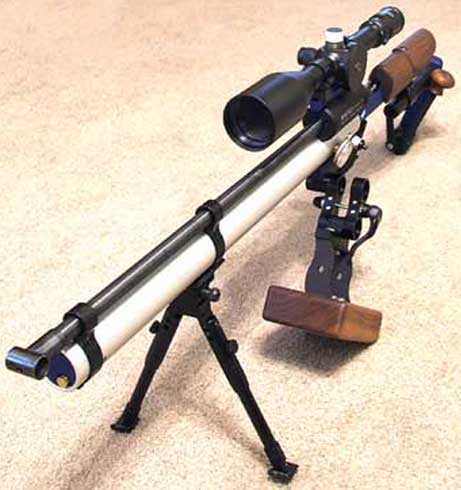 The USFT rifle has a huge air reservoir. It take a lot of time to fill, but it stops at 1,600 psi.

I’m staying away from power today, but I will say this. A .25- or .30-caliber spring-piston rifle tops out around 30 foot-pounds. We saw 36.98 foot-pounds from the PCP Air Venturi Avenger and it was no more difficult to cock than when it shot at 22 foot-pounds.

The spring piston rifle requires the strength of Hercules to cock. The Avenger is easy.

If you lived in the US in 1900 you probably got around on a horse or a bicycle in town. Cars were newfangled, disruptive to animals and not to be trusted. Whatcha got parked in your driveway today?

Yes a PCP does need stuff and if you want to go first class, the stuff can add up. But don’t tell me that with a spring-piston air rifle all you need is pellets. Springs bend and break, piston seals fail and breech seals go bad in a hurry. Owning a breakbarrel doesn’t make you a mountain man. All of them have their quirks and problems. I have a precharged TalonSS that’s been working for the past two decades. You have seen it many times in tests. It’s so old it doesn’t even have some of the markings — like the power indicator wheel. But it still works and has never been overhauled or rebuilt.

I’m not saying that a PCP is more rugged than a spring-piston rifle. I’m saying none of them is eternal and to own one means investing in it for their future.

The bottom line for a PCP? Fill it and shoot it — lots of times. I’m not trying to push anyone into a precharged gun today. But fair is fair and in 2021 PCPs have a lot going for them. 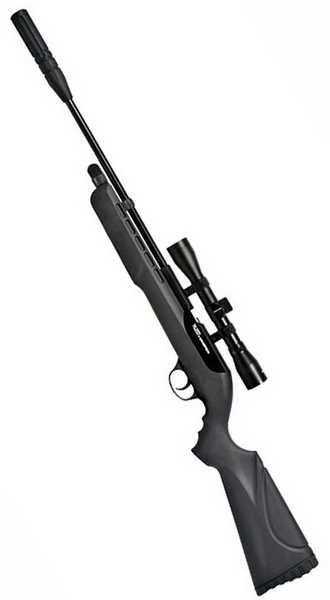 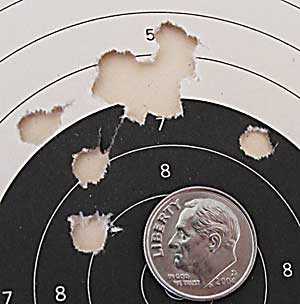