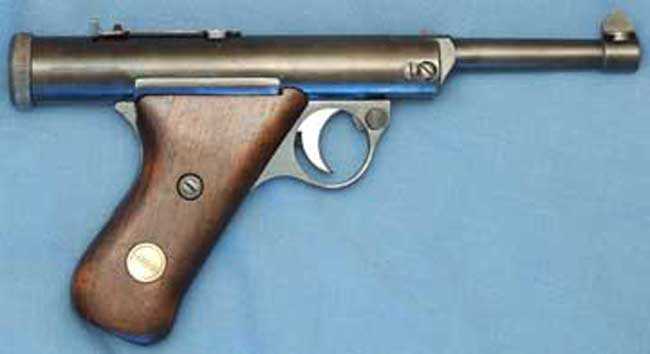 Every airgunner knows that lookalike airguns are popular. Today we will look at some of them are different.

When does a “lookalike” airgun cease being a real copy? This is a question I have wondered for years.

The Haenel 28 shown above has a profile that’s a little like a Luger, and so unknowing people have invented a universe in which the German Army used them to train their troops to shoot pistols. There are a couple problems with that. First, beyond the general shape of the pellet pistol there are very few things about it that are Luger-like. When it cocks it looses all resemblance to the iconic P08.

The Haenel 28 breaks open in this way to cock the mainspring. Don’t look like no Luger now, does it?

The second reason the German army didn’t use the Haenel 28 to train its troops is because armies typically don’t train their soldiers to shoot handguns. They “familiarize” them, which means a dusty truck ride to a dusty range and a given number of shots at an indiscriminate target that never gets scored. This is done with handguns the soldiers have never seen before and may never see again. That’s followed by a dusty ride back to the barracks and a rubber stamp on your training records. For those in the air force the ride might be in a bus and that’s about the biggest difference. You’re a guy, hence you must be able to shoot a handgun. It’s in your DNA.

Yet the Haenel 28, along with the repeating 28R and the smaller 26, are considered Luger lookalikes by many, simply because they share the same ergonomic grip of the Luger. Where else does this occur?

The Marksman 1010 has been called a lookalike 1911 air pistol. The 1010 is a weak smoothbore BB pistol that can also handle darts and even pellets, to some extent. When they work they are okay as plinkers, but 1911 trainers they are not. They cock by pulling back on a slide that compresses the mainspring. 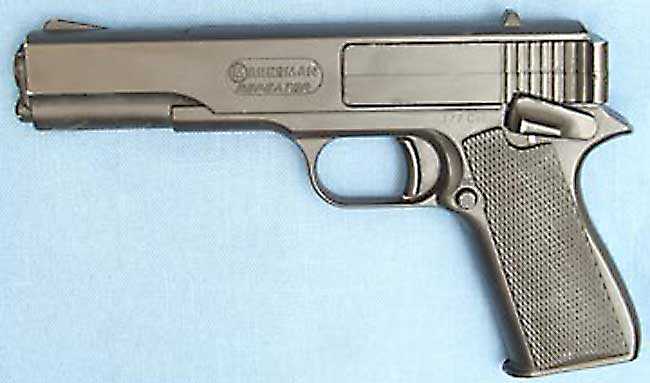 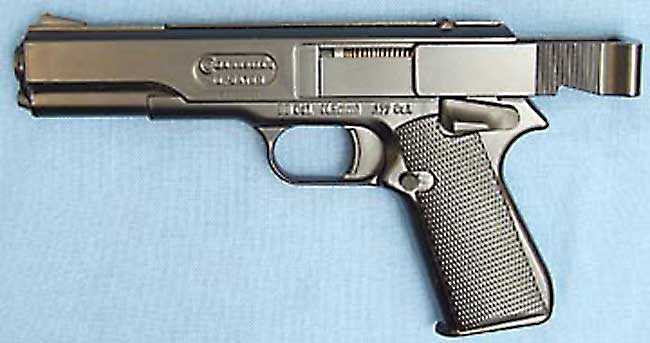 It seems that the Marksman 1010 and the model 2000 that was supposed to be an upgrade have both left the market in recent years.

Lookalikes that are closer

Then there is a group of lookalike airguns that resemble a firearm more closely than these, but still have important differences. I will nominate the Daisy 179 as the first of them.

Daisy’s 179 was the first or second “Spittin’ Image” airgun in their line. Spittin’ Image as in it was supposed to be a copy of a Colt SAA. It was made from 1960-1985 without a safety and from ’85 till 1996 with a safety. And, about 600-700 boxed sets of parts that had been returned from South Africa were discovered, assembled, put into special historical-themed boxes and sold by the Daisy Museum in 2005.

Why do I say the 179 is closer to the firearm prototype but still has differences? Well, it looks like an SAA but the cylinder doesn’t revolve. The gun is fed through a 12 shot linear magazine. And the 179 is a catapult gun, not a real airgun. As a result, the BB exits very slowly, like 150-160 f.p.s. at the muzzle. You have to cock the hammer against a powerful spring, and with the light weight of the plastic gun, it bears little similarity to the Colt SAA it is supposed to mimic. A Colt SAA firearm hammer cocks with fluid ease. Let’s look at another.

I could have chosen the Daisy 1894 for this next one, but the Erma ELG-10 is an even better example of a close but not quite lookalike.

The Erma rifle looks a lot like an 1894 Winchester lever action rifle, except the Erma is a single shot. But it’s the cocking that really throws it off.

The finger lever is just part of a longer underlever that cocks the Erma. It’s pretty hard to pull forward like this. At this point it looses all resemblance to the Winchester.

I like the Hakim pellet rifle that was supposed to be a copy of the 8 mm Hakim battle rifle. At first glance it may look similar but upon examination you discover that it doesn’t come very close. It was made in 1954/55 by Anschütz for the Egyptian army, and, from the condition in which I have seen some of them, this is one airgun trainer that was actually used. I have cleaned out piles of sand from many of the Hakim pellet rifles, not to mention pellets and small nails embedded in the piston seals. Hey, I guess soldiers are just airgunners in the making! 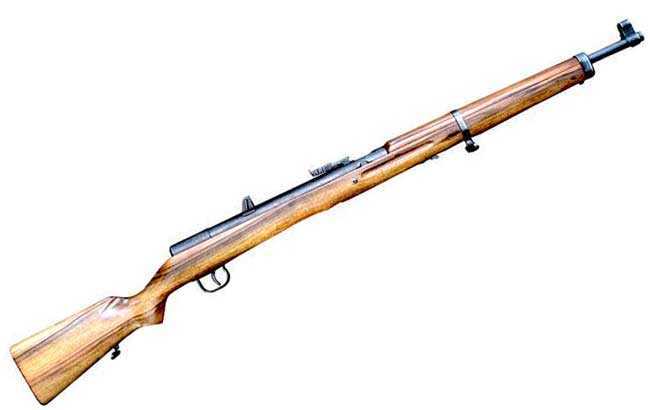 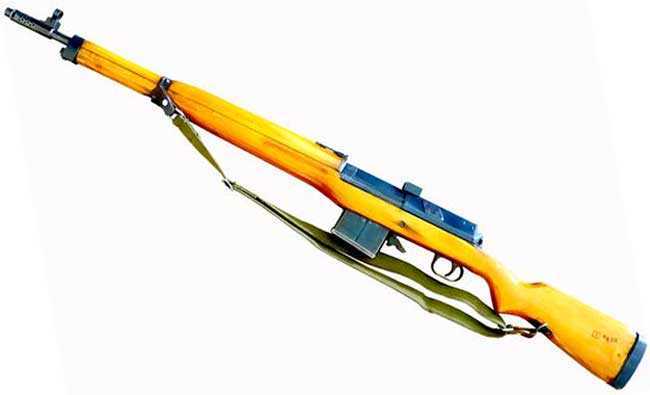 The Hakim 8 mm battle rifle is very large. Other than its size it doesn’t look that much like the airgun trainer.

The thing about the Hakim pellet rifle is — it’s quite accurate and fun to shoot. Even if it weren’t a military trainer there would be plenty of reason to want one. If fact, Anschütz made a sporting version of the rifle and sold it commercially.

The firearm, on the other hand, isn’t worth the effort, in my opinion. It has several different features like the ability to adjust the gas flow to balance the action for military cartridges of different power, but it also has a brass deflector that damages brass cartridge cases, making them impossible to reload. It is accurate, but it kicks quite hard for a semi. You may want to read my report on the rifle.

There you have it — a small selection of “almost” lookalikes that missed the boat in one way or another. With the beautiful lookalike airguns on today’s market, these vintage guns from the past give us cause to wonder what our fathers and grandfathers must have thought when they saw them.