I have shown you all the warts on the new Crosman Icon. Today we look at the other side. Today is the first accuracy test of the Crosman Icon. Hint, hint.

This isn’t a real accuracy test. It’s more of a way to find out what pellets the Icon likes, so when I do a real accuracy test I don’t waste time.  I shot at 10 meters from a sandbag rest with the rifle resting directly on the bag. I shot 5-shot groups so I could sample more pellets. And I shot using the open sights that come on the Icon. Don’t get discouraged — old BB can still hold a sight picture, it seems.

First up was the obsolete 7.9-grain Crosman Premier dome that I used in the last velocity test. The sights were way off — so the first shot hit high and left. I adjusted them way down and to the right and shot number two went halfway to the aim point. One more adjustment had there pellet in the 10-ring. Good enough.

I then fired four more shots without looking at the target through the scope. When I was finished I thought, “Wow! That’s not bad for open sights.”  The group measures 0.282-inches between centers. We’re off to a good start.

Next up was the 10.5-grain Premier dome that Crosman still makes. When I looked at the group after shooting it I was stunned. The hole looked just a little larger than a pellet. That’s what we want — right?

The Icon put five Premier heavies into a 0.108-inch group at 10 meters.

This test is shaping up nicely. I was going to complain about the sights, but how can I do that now? They work just fine. I will note that when I line the front sight up in the rear notch I could see the red fiberoptic in the front blade. It was dim but present.

The third pellet I tested was the H&N Baracuda Match with a 4.50mm head. The Icon put five of them in 0.288-inches at 10 meters. This just keeps getting better!

The next pellet I tried was the RWS Superdome. The Icon put five of them into 0.314-inches at 10 meters. It was the largest group of the test, and still not that bad.

The Icon put five Superdomes into 0.314-inches at 10 meters. This is the largest group of today’s test.

The final pellet I tested was the 8.4-grain Air Arms dome. At 10 meters the Icon put five of them into 0.26-inches. A great finish for a great test.

When I do a test like this I’m looking for the one or possibly two pellets that the rifle likes. The Icon turned that around. It seems to like just about everything.

Today’s test was a surprise for me. I thought BB Pelletier couldn’t shoot this well anymore. I guess it just takes the right airgun. For all its warts the Icon certainly seems to be one. 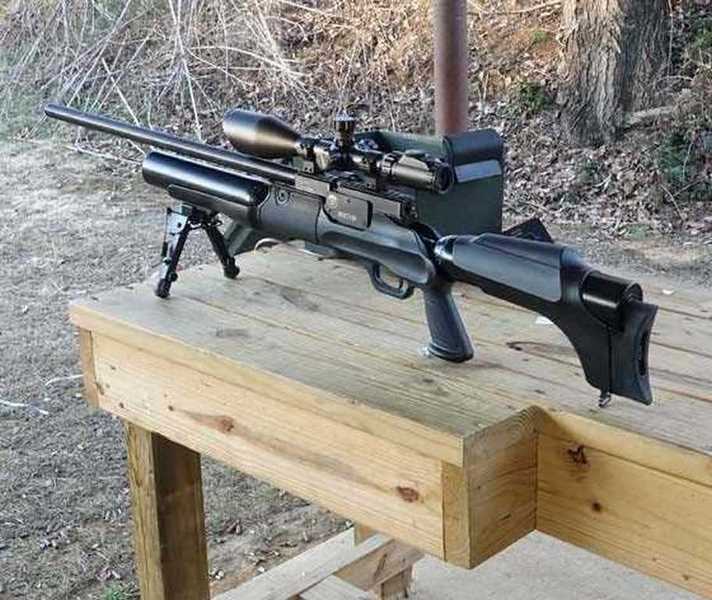 A New Year’s rant: Come on, manufacturers, give us some compatibility!